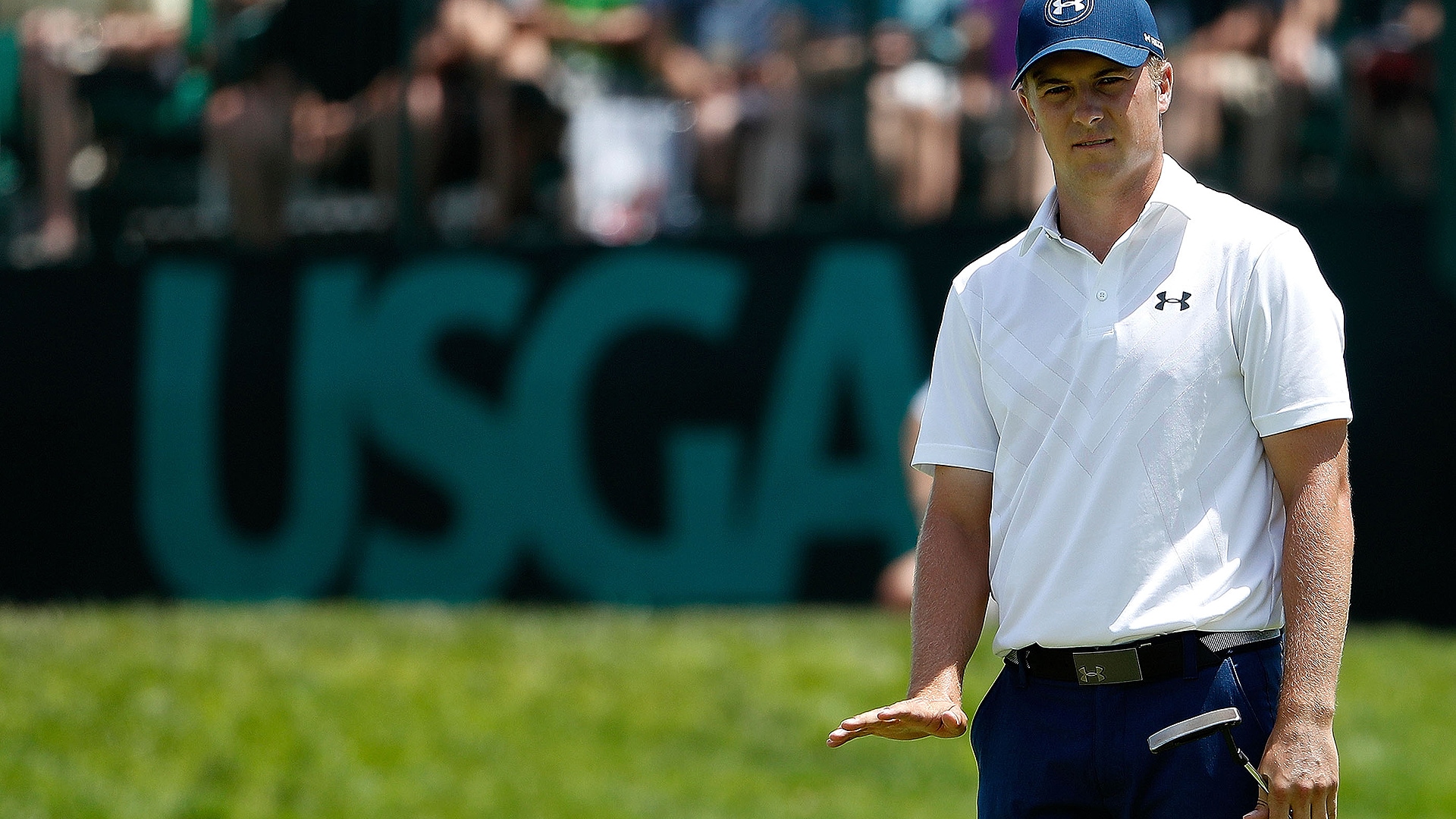 OAKMONT, Pa. – If Jordan Spieth is going to successfully defend his U.S. Open title this weekend at Oakmont, he is going to have to mount an epic comeback.

With another 2-over-par 72 on Saturday, Spieth sits eight shots behind the leader, Dustin Johnson.

Nobody has come from more than seven shots back after 36 holes to win a U.S. Open at Oakmont. Larry Nelson mounted the best comeback after two rounds here. He came from seven back when he won the championship in 1983.

Spieth said at week’s start that he liked even par’s chance to win.

“I still like even par,” Spieth said. “I think we're capable of shooting 4 under on the weekend, so that's our goal. That's what we're going to try and do these next two rounds.”

Spieth battled through a round of five bogeys and three birdies Saturday. He sits tied for 35th.

“The course is firming up a little bit,” Spieth said. “It's still very playable, if you're in the fairways, which means under par can be shot, but at the same time, I'm sticking to our number of even par. If we get there and we don't win, then I'm not going to hang my head whatsoever.”