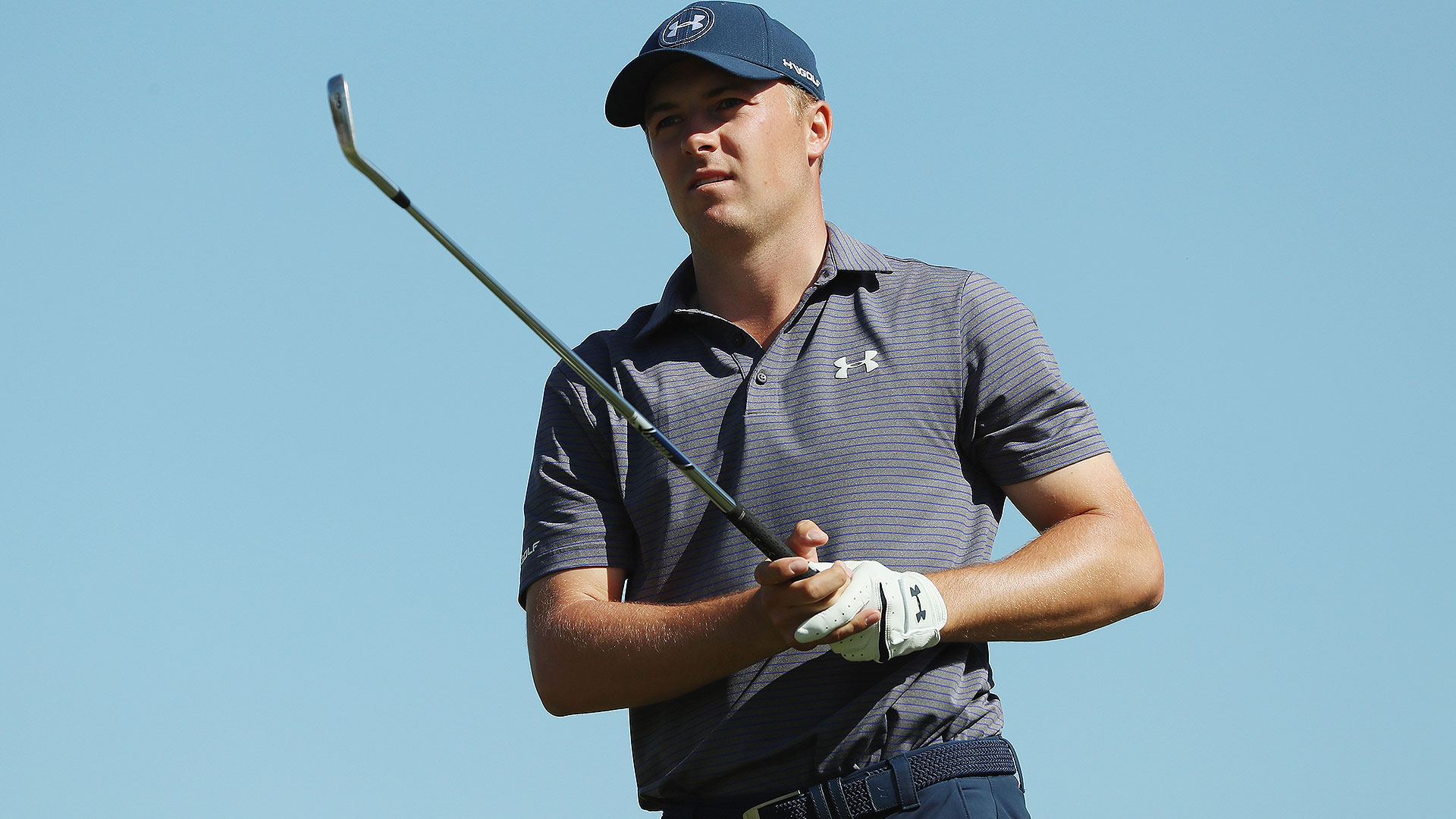 AUSTIN, Texas – Needing only a halve to advance to the knockout stage of the WGC-Dell Match Play, Jordan Spieth instead kept his perfect record intact with a convincing victory over Justin Thomas.

Playing his longtime friend and rival, Spieth once again took an early lead, grabbing a 3-up advantage through five holes, and never was seriously threatened during his 3-and-2 win.

“We just had our game today to start the round once again,” Spieth said. “Jumping out to a 3-up lead early on the front nine for the third straight day takes a lot of stress off.”

Spieth said that it was a “bit odd” playing Thomas, one of his best friends on the PGA Tour, and that he woke up Friday morning “with some nerves” because he knew he needed at least a halve to advance. Thomas had already been eliminated.

“It was a bit of an odd scenario,” Spieth said. “We’ve played against each other a couple of times in the past, but we’re always rooting for each other. Now we were in a tricky situation. I know he wanted to beat me pretty bad. That makes it a tough match for us.”

Spieth, who has yet to trail this week, will play Louis Oosthuizen in the round of 16 Saturday morning.