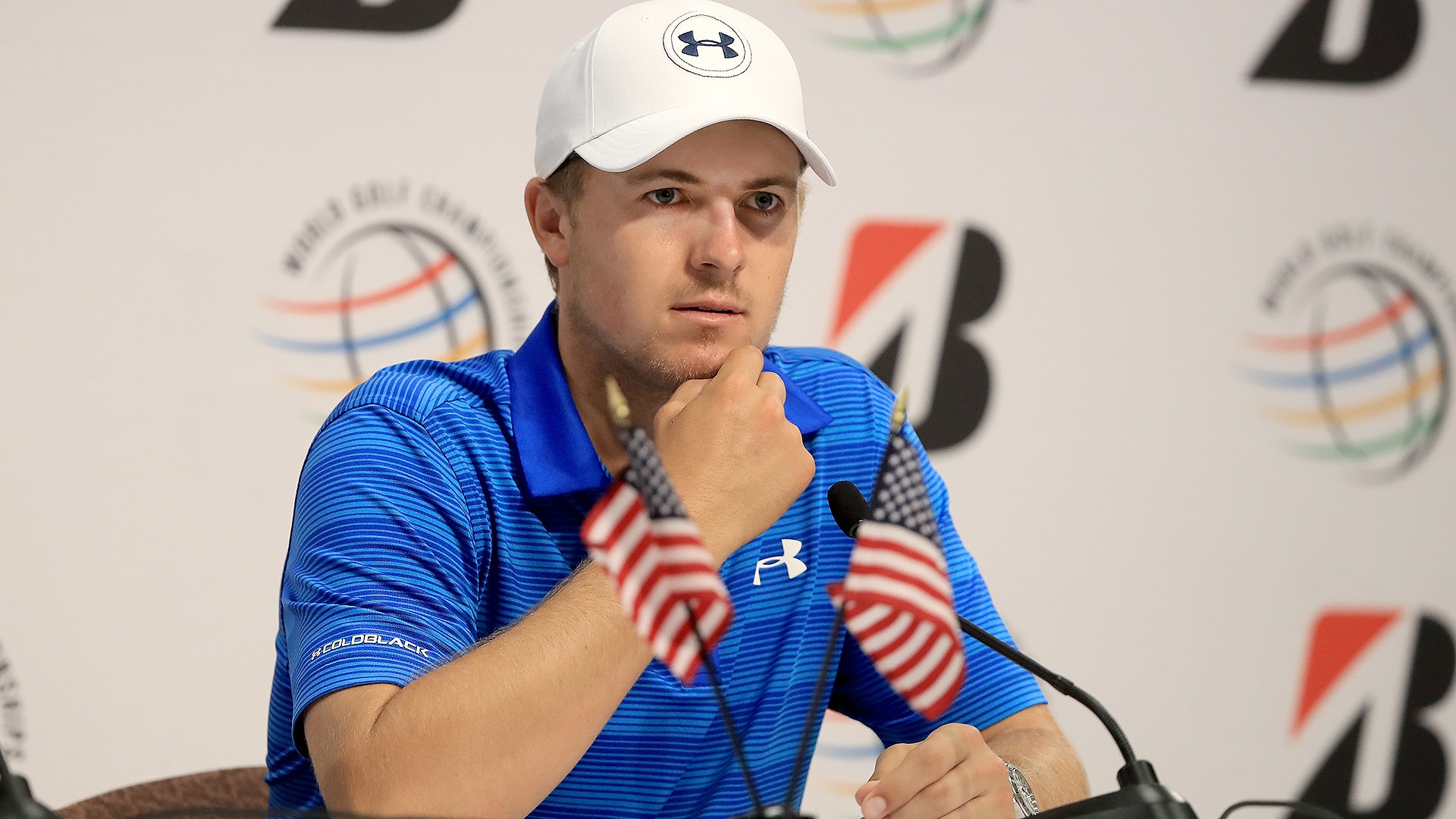 AKRON, Ohio – After taking an unorthodox approach to his Open Championship preparation a year ago, Jordan Spieth plans to play things a bit more by the book this time around.

Spieth was chasing the third leg of the single-season Grand Slam last year, but he eschewed extra practice at St. Andrews to instead tee it up at the John Deere Classic the week prior.

The decision nearly paid off, as Spieth won at TPC Deere Run and, despite dealing with early-week jet lag, missed a playoff at the Old Course by only one shot.

With the John Deere now opposite the Olympics and no PGA Tour event slated for next week because of flooding at The Greenbrier, Spieth will have plenty of time to get acclimated with Royal Troon, which next month will host the Open for the first time since 2004 – when Spieth was still days shy of his 11th birthday.

“I know there’s some more blind tee shots, I think, quite a few. I don’t know much about it, but I’ll get in earlier,” Spieth said Tuesday at the WGC-Bridgestone Invitational. “I plan on getting in to be there the whole weekend before.”

Spieth’s appearance this week at Firestone comes in the midst of a four-start stretch where each of the other three tournaments are majors. It doesn’t leave much time to study future venues, but Spieth said he received some sage advice from Jim Furyk, who finished fourth at Troon in 1997.

“It’s not very long, and he said you play the front nine and everyone shoots 3 or 4 under because it’s downwind, right-to-left. Then you flip around and you kind of grind in, try and shoot even par,” Spieth said. “Normally guys drop a couple shots and you shoot 2 under, go on to the next day kind of thing. Whoever plays one stroke better front and back than the other are the ones who are competing, so I didn’t know either one of those.”