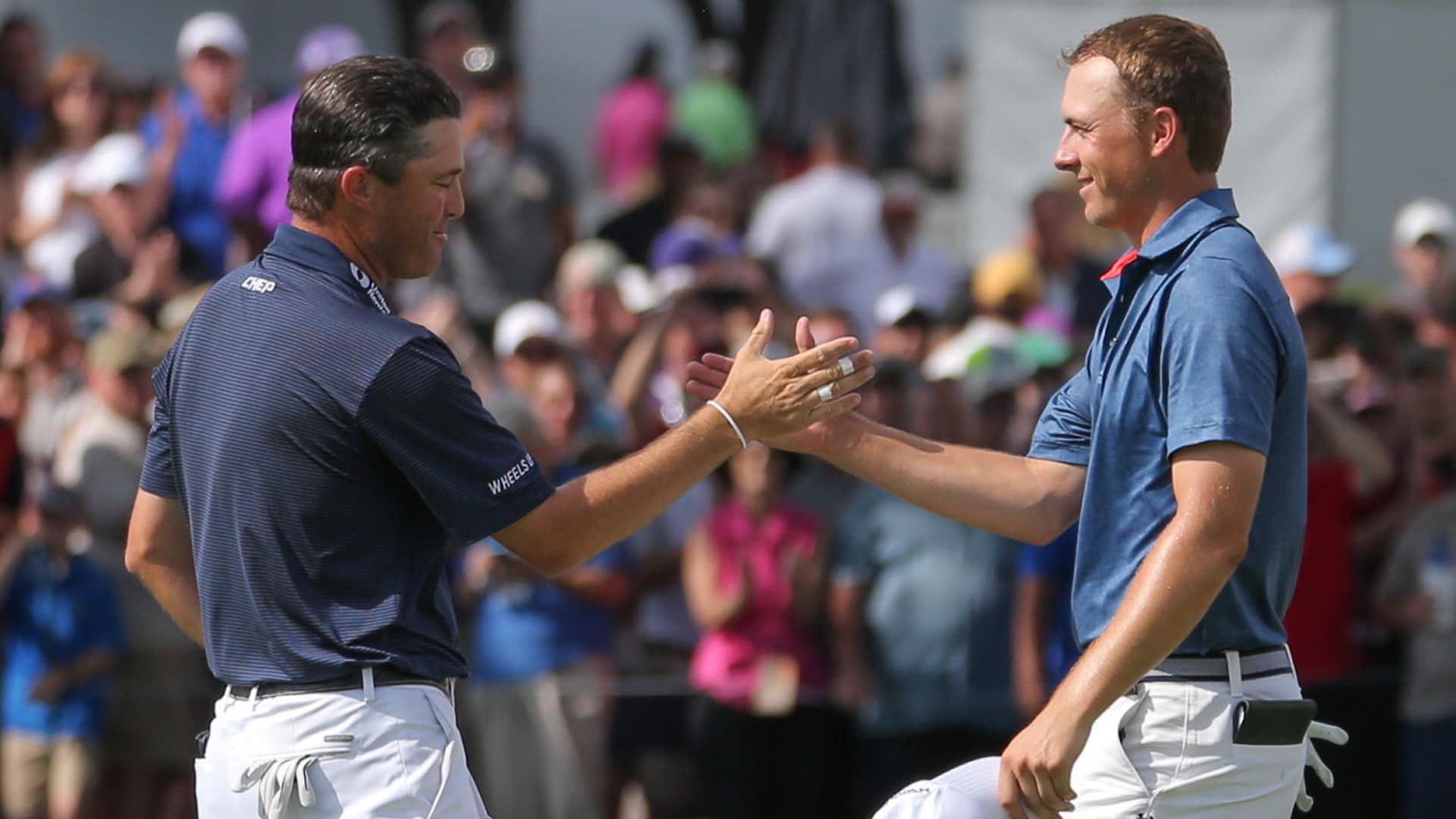 The PGA Tour’s New Orleans stop, which typically struggles to attract a strong field, now features seven of the top 10 players in the world. The 72-hole event switched to a two-man competition with foursomes and fourball rounds. It’s the first team event on Tour since 1981.

Spieth missed the cut in his only appearance at TPC Louisiana, in 2013.

The Zurich field will have 80 teams, which will then be cut to the low 35 teams after 36 holes. The event will have official prize money but not world-ranking points.

Zurich announced Sunday a seven-year extension of its title sponsorship of the PGA Tour’s New Orleans-area event, through 2026. The PGA Tour is about to get a little louder as it was announced on Monday that teams will get introductory music over the weekend in New Orleans.

After a long delay Thursday and a marathon Friday, the 36-hole cut was finally made late Saturday morning.