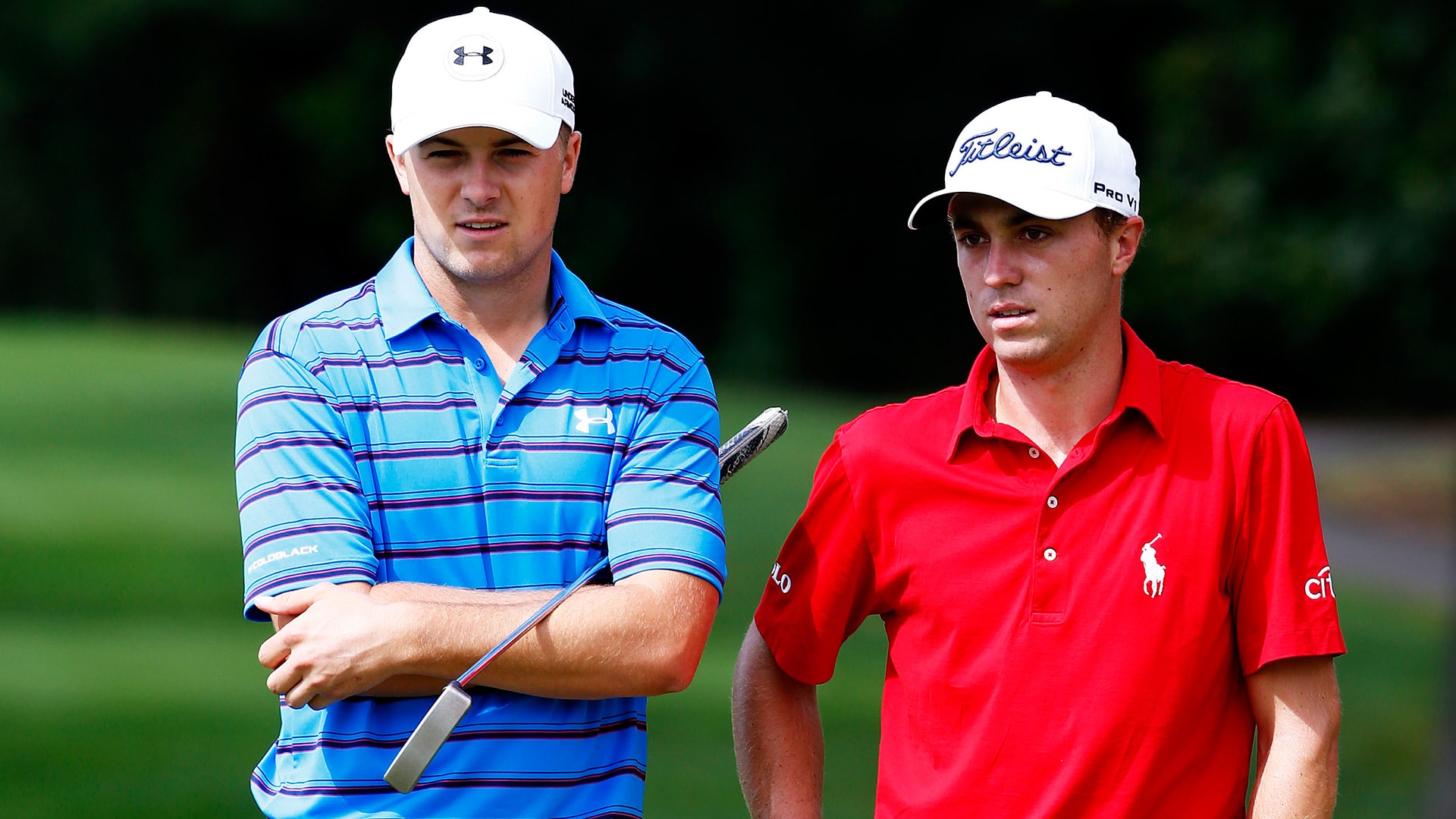 The ping-pong balls have finally settled, and the groups for the WGC-Dell Match Play have been set. Here's a look at a few intriguing matchups that will occur during pool play:

Jordan Spieth vs. Justin Thomas: The two friends and former college rivals were drawn together and will meet Friday at Austin Country Club. Spieth notably beat Thomas in their match during the 2012 NCAA final.

Patrick Reed vs. Phil Mickelson: The two former Ryder Cup teammates will meet Friday in a compelling match that certainly won't lack any confidence among the participants.

Bubba Watson vs. J.B. Holmes: Lovers of the long ball, grab a seat. Watson and Holmes will play Friday in a match that could decide the group - and likely will include plenty of 300-plus yard drives.

Jason Day vs. Graeme McDowell: Fresh off his win at Bay Hill, Day gets a tricky opening matchup with McDowell, who has regained his form this season and has plenty of match-play experience.

Players will face each of the other three members in their group during pool play, with match winners earning a point and ties resulting in a half-point for each participant. The player with the most points from each group will advance to single-elimination knockout play.