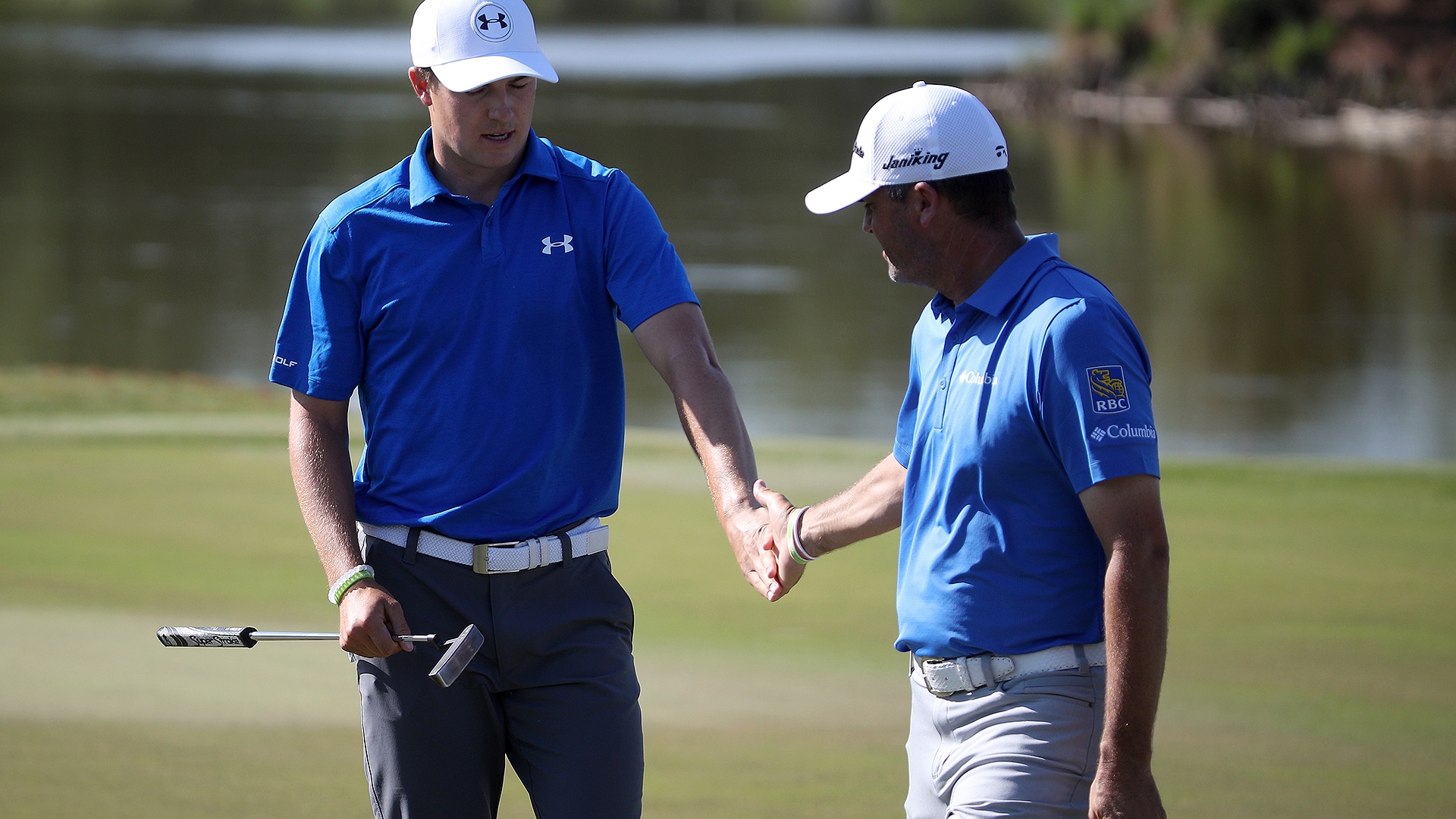 Jordan Spieth and Ryan Palmer combined for an alternate-shot 6-under-66 to share the first-round lead with Kyle Stanley and Ryan Ruffels in the Zurich Classic of New Orleans. Here's how things stand going into the second round in Avondale, La.:

What it means: It's a tightly bunched leaderboard in this first playing of the Zurich Classic as a team event. Eighteen teams are within three shots of the lead.

Rounds of the day: After making birdies only on the two front-nine par-5 holes to turn in 2 under, Spieth and Palmer doubled up on the back, with four circles in a bogey-free round. Stanley and Ruffels burst out of the gate on the back nine, beginning their round with four straight birdies. They dropped a shot with a three-putt on the par-3 17th, but added four more birdies on the front nine before finishing with another bogey on a par 3, this time failing to get up and down after missing the green.

Best of the rest: Hoffman and Watney were surprise finishers at 5 under, making eagle on their final hole as Watney pitched in from 59 feet on the par-5 18th.

Biggest disappointment: The format wasn't kind to Smylie Kaufman and Harold Varner III, as they failed to make a birdie, made two bogeys and a double and shot 76.

Shot of the day: Palmer's tee shot on the par-3 14th came up 36 yards short of the flagstick, but not to worry, because Spieth did this:

Main storyline heading into Friday: The format shifts to best ball for Round 2 (as well as Round 4), while alternate shot will be played again on Saturday.