Spieth's 'off day' against Oosthuizen sends him packing 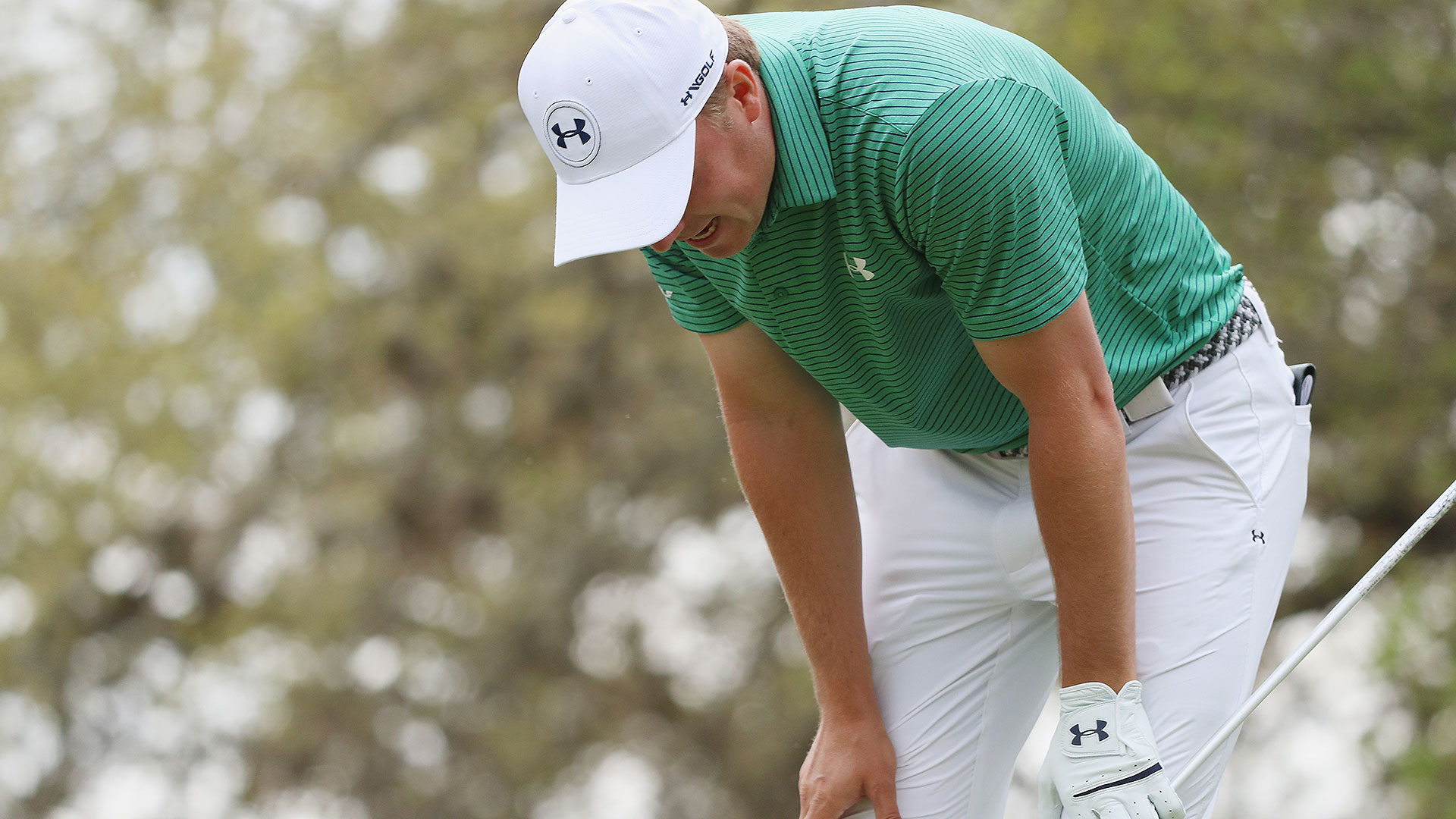 AUSTIN, Texas – Jordan Spieth had a feeling he was in for a rough match Saturday when the first 10 shots he hit on the range were slices.

He needed a minor adjustment – posture, ball position, alignment, anything – but never found a quick fix during his 4-and-2 loss to Louis Oosthuizen at the WGC-Dell Match Play.

“I tried to figure it out for the entire range session,” he said, “but I just couldn’t grab a shot that I knew I could go to the course with.”

Spieth breezed through the round-robin matches with an undefeated record, his game as sharp as it’s been in a month. But for whatever reason, he hit slicing shots directly off the clubface during the first round of the knockout stage, twice finding the hazard on par 3s with an 8- and 9-iron. He couldn’t afford many mistakes against the rock-solid Oosthuizen, who surged ahead with three consecutive wins early on the back nine.

“I didn’t make it very hard on Louie today, which was unfortunate,” Spieth said. “It was a very off day.”

But it’s not the worst timing. Spieth played well enough this week – he was 10 under during group play – to declare that this was a “big improvement” over his past month, when he missed a cut at Riviera and failed to contend at Pebble, Doral and Tampa.

Even more important is that he gets an extra day of rest before he heads to Houston, where he lost in a playoff last year before his record-tying performance at the Masters.

One aspect that might be different next week is his world ranking.

With Spieth now out of the Match Play, Jason Day can reclaim the No. 1 spot in the world with a quarterfinal win Saturday afternoon against Brooks Koepka.

“To be honest, it could be a good thing for me going into the Masters,” Spieth said.