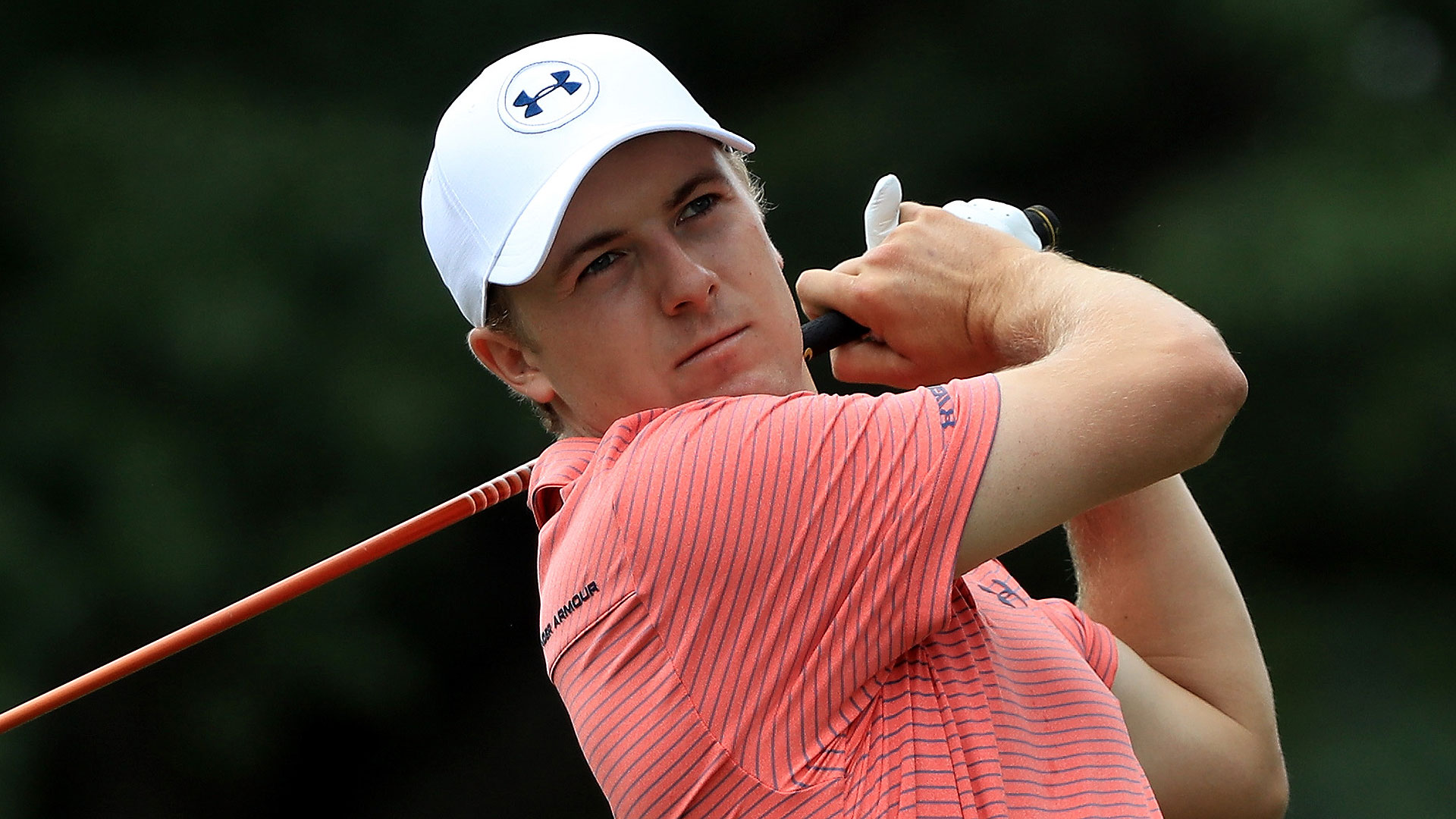 AKRON, Ohio – Apart from his usual collection of swing thoughts, Jordan Spieth has another focus this week at the WGC-Bridgestone Invitational: pick up the pace.

Spieth admitted after the second round at Firestone Country Club that he hears calls from the gallery on a regular basis to play more quickly. But it wasn’t until swing coach Cameron McCormick spoke to him about it that Spieth started to adjust his pre-shot routine.

“I noticed and I’d get plenty of comments on it from other people,” Spieth said. “But Cameron also mentioned, ‘Hey, I think you’re going to play better if you just step up and swing.’ So I’m trying to do a bit of that.”

Those efforts led to a 1-over 71 during the second round amid difficult conditions on the South Course. At 1-under 139, Spieth is two shots off the pace as he looks to win his first WGC title.

Spieth made his lone birdie of the day at No. 2 before bogeys on Nos. 13 and 16. With the leaders backing up amid swirling winds, a steady scorecard actually helped him climb the standings.

“Recognizing where I was on the leaderboard and what everybody else was doing, I couldn’t be too upset with those par saves,” he said. “I almost held a bogey-free round together today, which would have been really special. I played about the same as yesterday, just made that many more putts yesterday.”

Spieth noted that the firm and fast conditions at Firestone require some extra attention, making it difficult to play especially fast, but he hopes that a less-cluttered pre-shot routine will translate to the scorecard this weekend.

“The quicker part actually helps me because then I just get up there and fire away,” he said. “The more I can do that, actually I think the better off, kind of gunslinging mentality, just to go up and hit the way I always have played.”