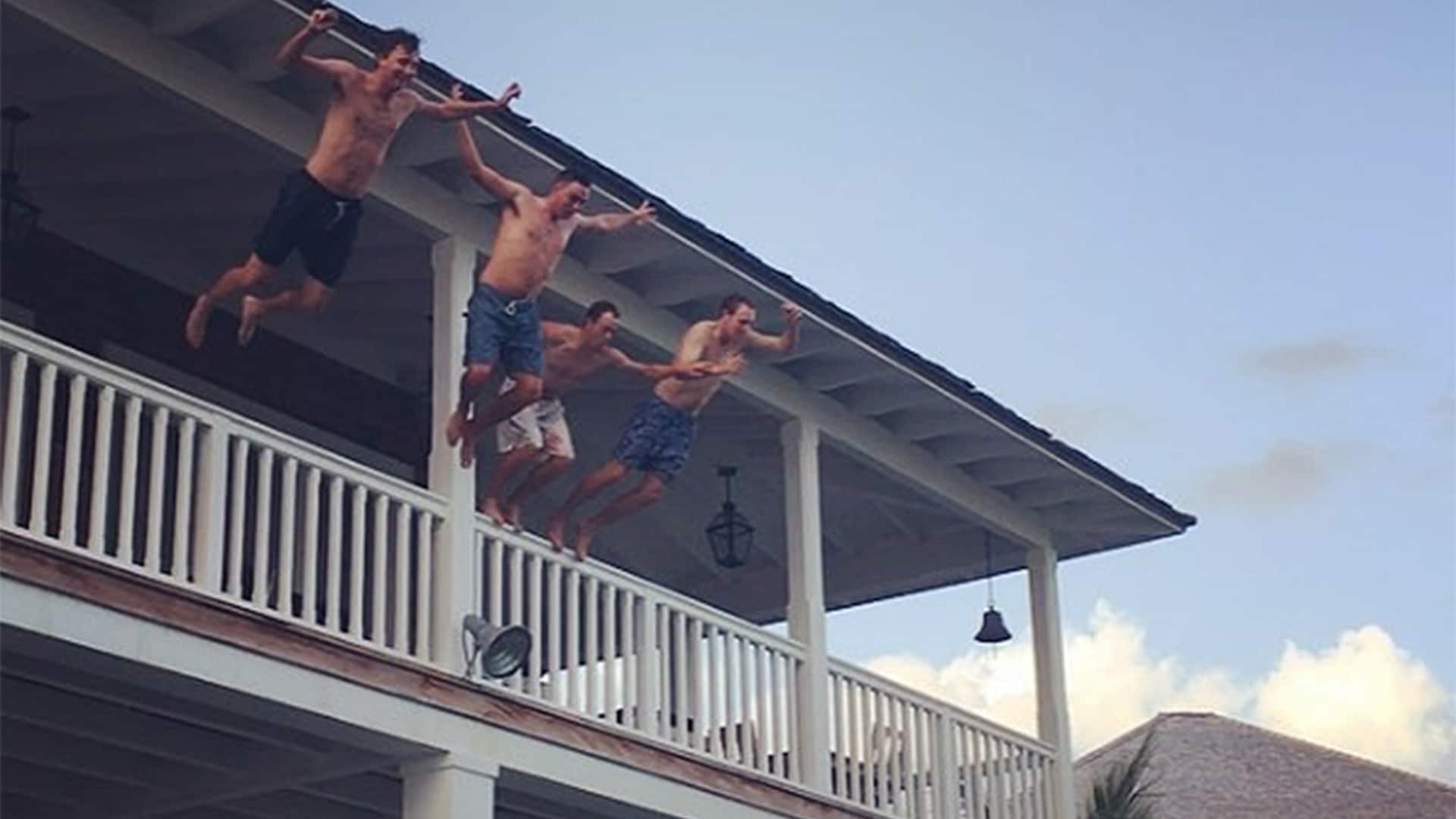 Get your Snapchat filters ready - spring break is coming to the Quicken Loans National.

Here is a look at some of the marquee early-round groupings this week at Congressional Country Club, where three of the four members of #SB2K16 will be teeing it up together (all times ET):

Hoffman remains in the midst of an impressive season that included a win at the Valero Texas Open, and he now returns to a course where he missed a playoff by a shot two years ago. Haas won this event the year prior and lost earlier this year in a playoff in Tampa, while the trio will be rounded out by Els, who is looking to break a run of four straight missed cuts.

The U.S. Ryder Cup captain will play alongside one of his assistants, as Love and Furyk will tee it up together one week after Furyk earned his third career runner-up finish at the U.S. Open. They'll be joined by Bradley, who played for Love at the 2012 Ryder Cup at Hazeltine but remains in search of a spark after tumbling outside the top 100 in the world rankings.

Merritt was a surprise winner last year at Robert Trent Jones Golf Club, earning his maiden win in impressive fashion. He will play the first two rounds alongside Reed, who held the 54-hole lead the last time this event was held at Congressional in 2014 before fading to a T-11 finish, and Choi, who held off tournament host Tiger Woods en route to winning this inaugural event back in 2007.

The spring break reunion will commence Thursday, albeit without world No. 2 Jordan Spieth who is skipping this week's event. Fowler was a runner-up last year when the tournament was played in Virginia. He'll be joined by fellow Bahamas enthusiasts Kaufman and Thomas, both of whom earned their first PGA Tour victories during the fall portion of this season. Thomas finished T-3 last month at TPC Sawgrass, while Kaufman remains in search of his first top-10 finish since March.