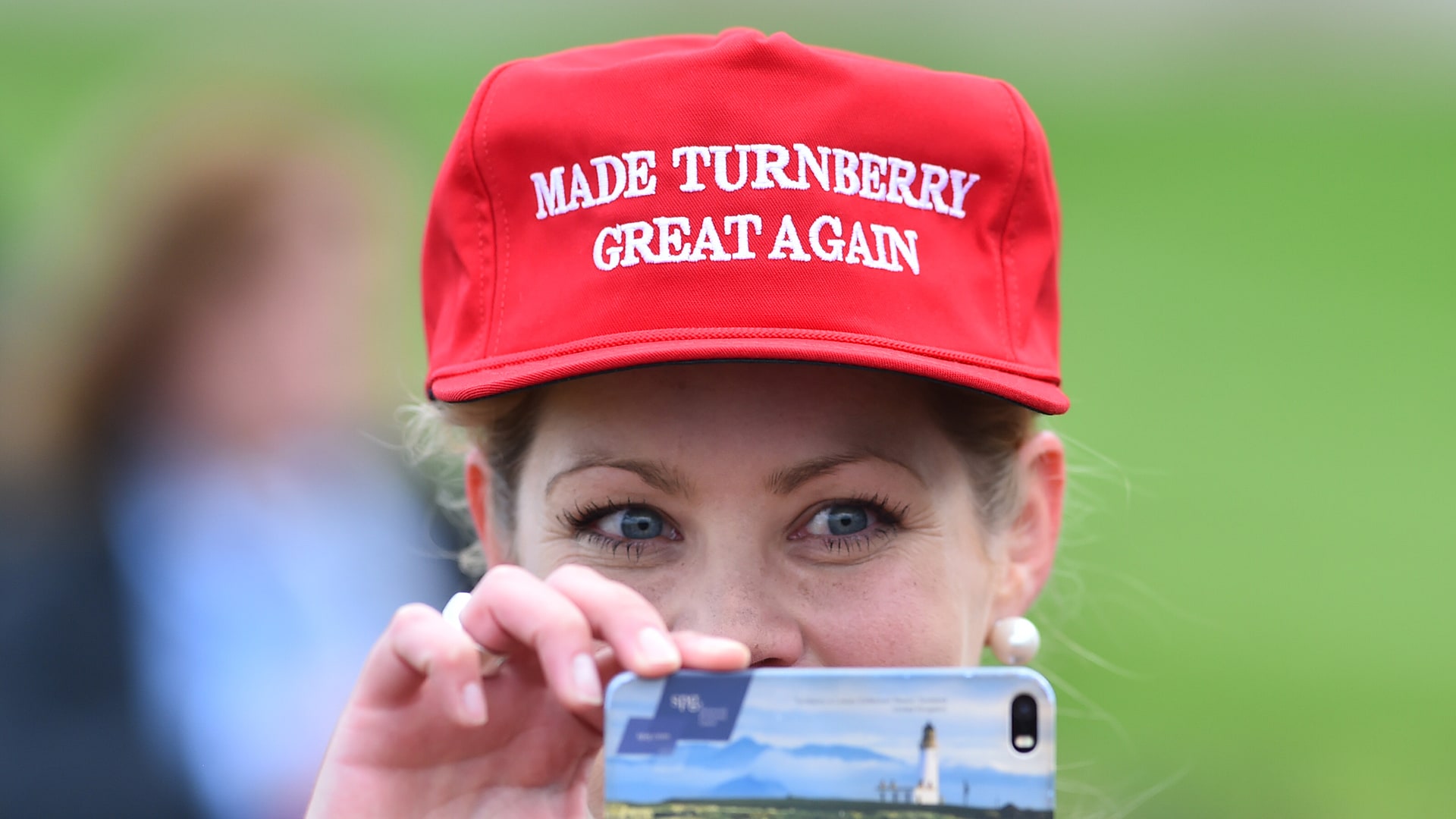 You can take Donald Trump off the campaign trail, but you ... you'll get the idea.

Trump, the presumptive Republican nominee for President of the United States, was in Scotland on Friday to officially reopen Trump Turnberry following extensive renovations made to the golf course and property.

Per Trump, four holes have been moved closer to the ocean while the property's famed lighthouse has been renovated to include luxury suites and dining as it also serves as a halfway house.

In honor of the occasion, the Turnberry staff sported some uniquely Trump headwear. For a complete photo gallery of Trump at Turnberry, click here or on either of the images below. 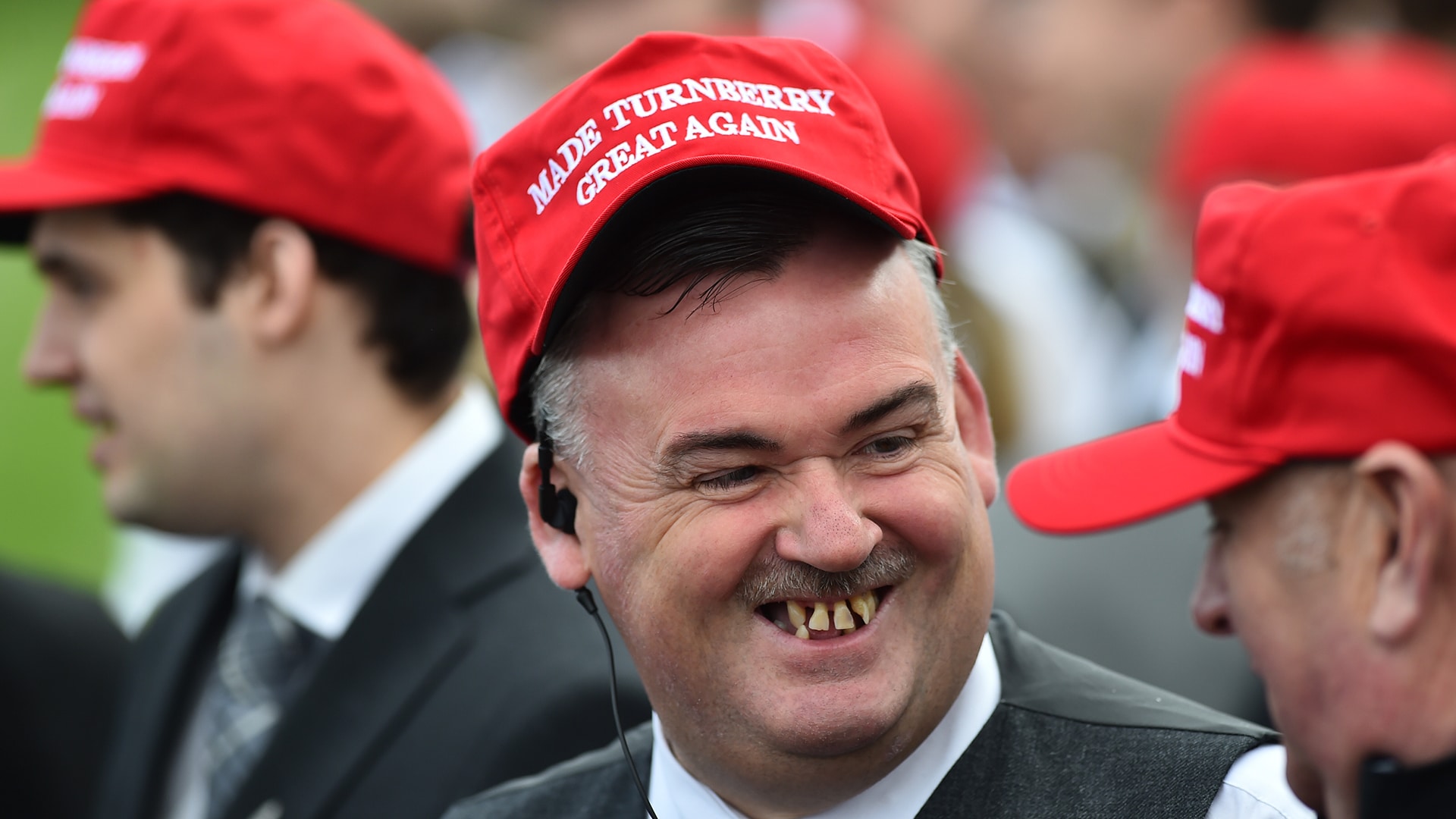 Trump purchased Turnberry in 2014. The Alisa course, which has hosted four Open Championships including the Duel in the Sun in 1977, remains part of the Open rota.