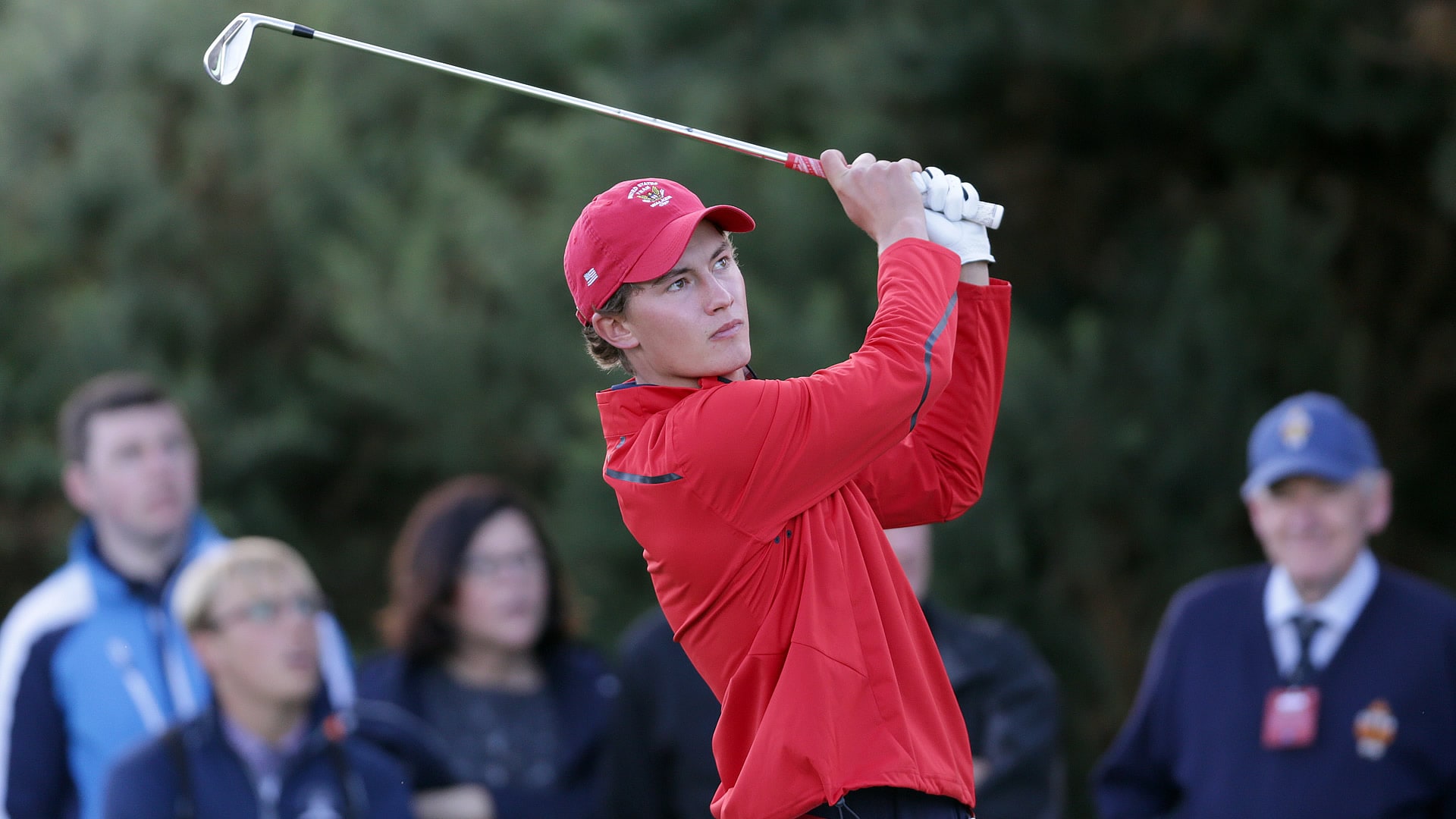 Stanford senior Maverick McNealy has been named the recipient of the Byron Nelson Award, given annually to the graduating senior who excels both on and off the course.

McNealy, who has matched the Cardinal’s school record of 11 career titles, earned NCAA player of the year honors in 2015 and ascended to No. 1 in the world after playing as the fifth man on the team as an under-recruited freshman.

Off the course, the management science and engineering major has earned All-Pac 12 Academic honors the past two seasons, while also serving as a member of Stanford’s student-athlete representative body and hosting clinics for disadvantaged kids in East Palo Alto, Calif.

The 21-year-old has been a subject of fascination in college golf circles for years, ever since he said that he might not turn pro once he graduates from college. Trip Kuehne is the only All-American in at least the past 25 years who didn’t test the pro ranks.

McNealy will remain an amateur until at least the Walker Cup in September.

“We’ll see,” he said Friday of his future plans. “I’m preparing and getting ready for the last stretch of golf here with my team, and then we’ll see where that takes me. But I’m very thankful to have two awesome opportunities ahead.”