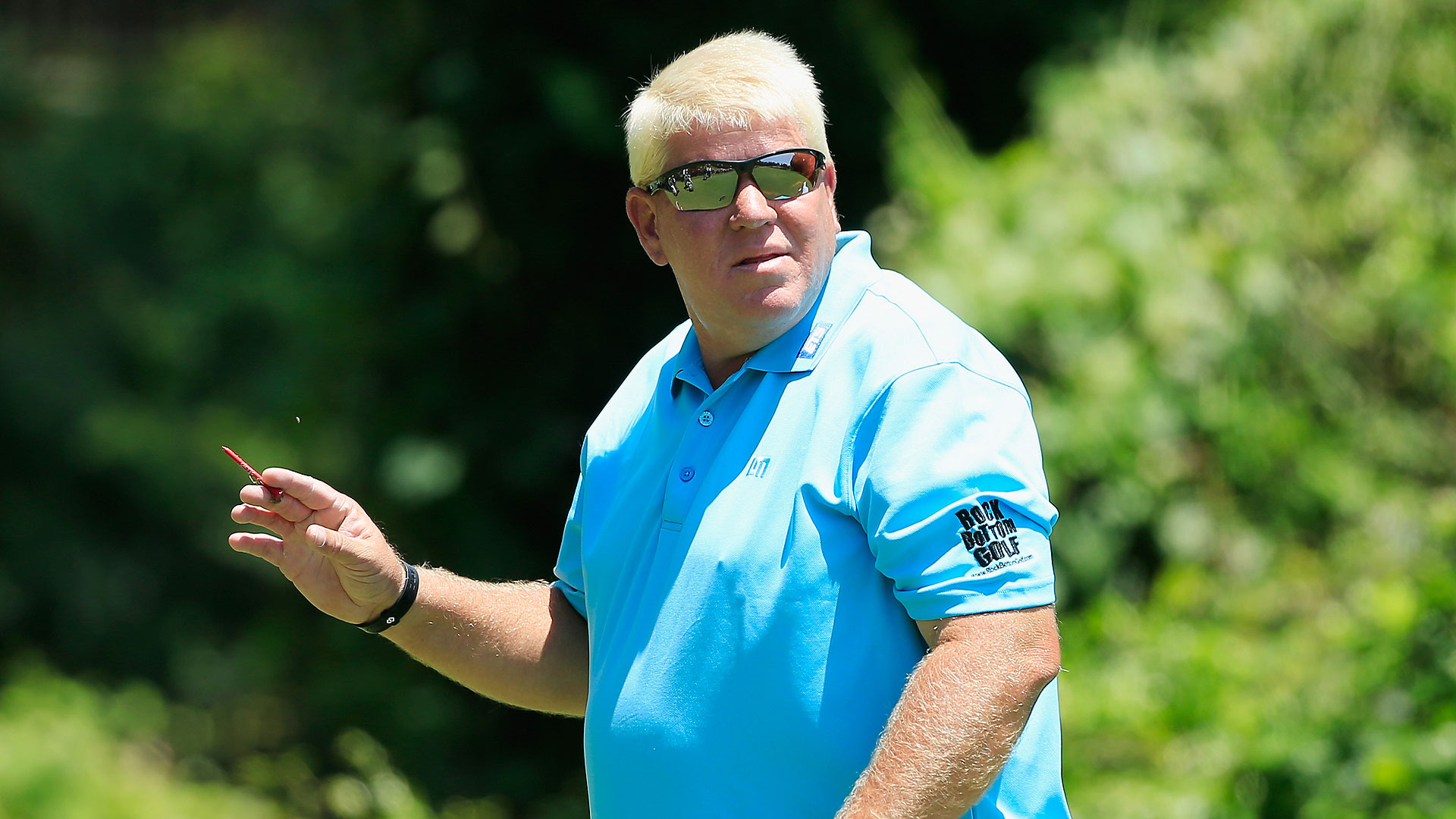 THE WOODLANDS, Texas – John Daly’s first round on the PGA Tour Champions was solid, if not spectacular, and he was pleased with the effort.

Daly shot 2-under 70 in Round 1 of the Insperity Invitational. He’s four shots back of leader Mike Goodes, tied for 12th place.

Daly, who turned 50 on April 28, had four birdies and two bogeys at The Woodlands Country Club, hitting 13 of 14 fairways and 16 of 18 greens in regulation. He used his driver only five times, mainly relying on a 1-iron off the tee that he routinely hit as far as his playing competitors’ drives.

“I was surprised how good I hit the ball. I mean, I hit a lot of fairways, and that 1-iron was a blessing today for me," Daly said.

“I just couldn’t get the putter to make anything, but I rolled it good, and for me that’s what mattered today.”

If Daly’s putter had been as accurate as his irons, he would have challenged Goodes for the lead. He needed 31 swipes, missing a number of agonizingly close birdie attempts.

After beginning his debut with six pars, Daly overshot an 8-iron on the par-4 seventh, into a water hazard, and made bogey. He responded with back-to-back birdies to close a front-nine 35. He added two more birdies on Nos. 11 and 13 to reach 3 under, but dropped a shot at the par-4 14th and parred his way home.

“I didn’t shoot myself out of the tournament," he said.