Stenson leads Mickelson by one at Royal Troon 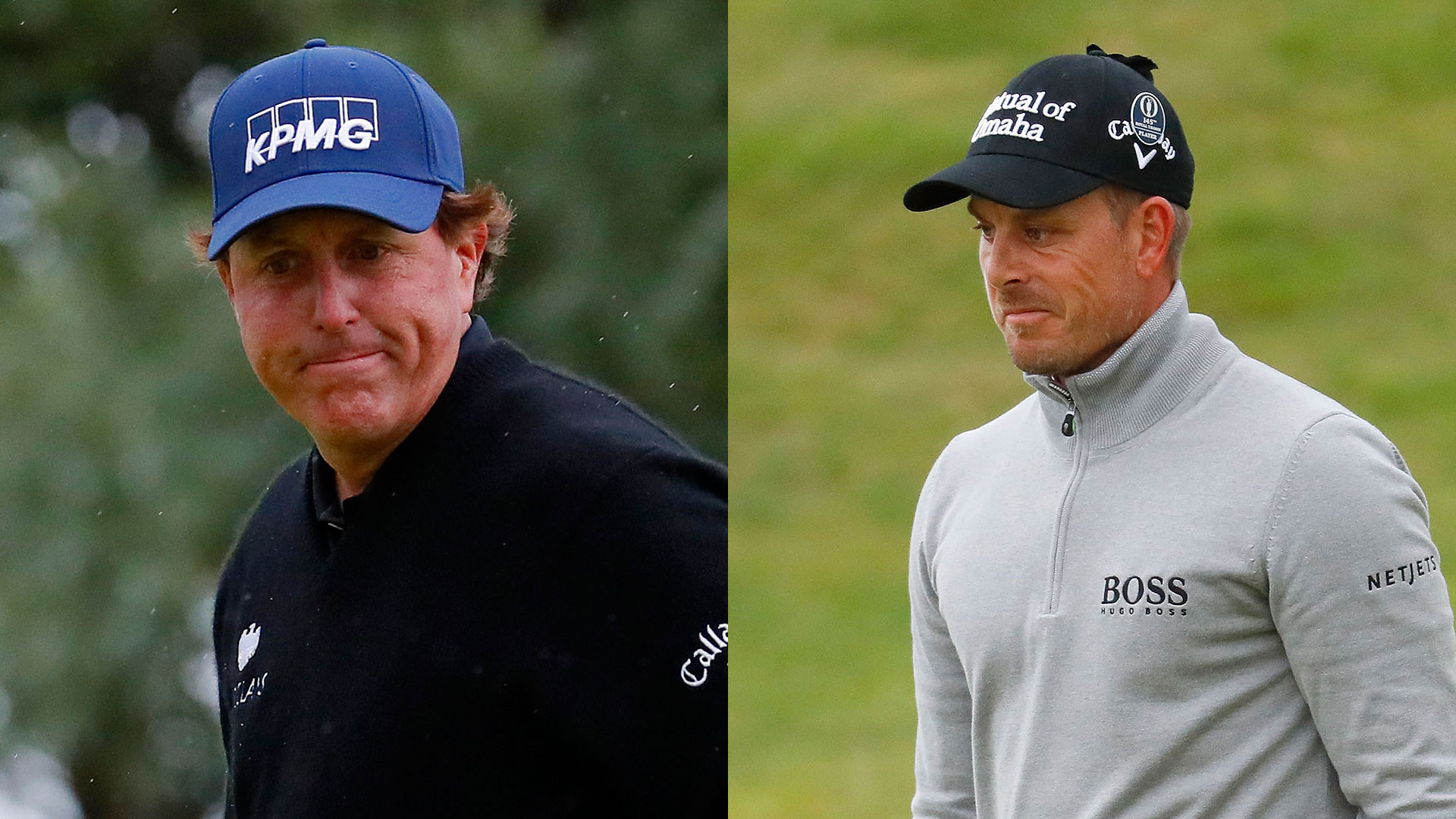 Henrik Stenson will take a one-shot lead over Phil Mickelson into the final round of the 145th Open in what is shaping up to be a two-man show on Sunday. Here's where things stand through 54 holes at Royal Troon.

What it means: Stenson is one up on Mickelson, who himself is five shots clear of the rest of the field, setting up the potential for some de facto match play. Stenson (68) and Mickelson (70) swapped the lead back and forth Saturday before the Swede took it for good via a birdie-bogey two-shot swing at the par-3 17th. This is Stenson's first 54-hole lead in a major championship. The sixth-ranked player in the world broke an 18-month worldwide winless drought just three weeks ago at the BMW International and is now looking to claim his first major title at age 40. Mickelson, meanwhile, hasn't won since he conquered the Open at Muirfield in 2013. At 46, he'd be the second-oldest champion in Open history, behind Old Tom Morris (1867), who's got him by just two months. Behind those two sits Haas, a six-time PGA Tour winner who's never finished in the top 10 in a major, and Johnston, who burst on the scene with a victory at the Open de Espana and became a sensation thanks in equal parts to his nickname ("Beef") and his victory sentiments ("I can’t wait to get hammered.")

Round of the day: Stenson, Steve Stricker, Brandt Snedeker and Haydn Porteous all managed rounds of 3-under 68. Stenson made five birdies, including three in his first four holes, around a pair of bogeys at Nos. 6 and 8. Separately, Stricker, the 49-year-old part-timer, now finds himself in a tie for sixth at 3 under for the week. Stricker on Friday posted 4-over 75 after a round of 17 bogeys and a quad. If not for the quad, he’d be solo second heading into Sunday.

Best of the rest: Haas, Holmes and Thongchai Jaidee reached the clubhouse in 2-under 69. Haas and Holmes are both in the top 5 through 54 holes.

Biggest disappointment: This goes to either Rory McIlroy or Rory McIlroy’s 3-wood. The 2014 Champion Golfer of the Year will enter the final round 12 back after a round of 2-over 73, highlighted by this incident at the par-5 16th:

Shots of the day: Three in a row, and they’re all from Mickelson on 12. After nearly finding the gorse off the tee, Lefty somehow made par with these remarkable plays:

Quote of the day:  “Most of the questions I get are comparing to last year and, therefore, negative because it’s not to the same standard. …So I think that’s a bit unfair to me, but don’t feel sorry for me. I’ll still be OK. But I would appreciate if people would look at the positives over comparing to maybe hopefully what would happen to me a few times in my career, a year like last year.” – Jordan Spieth (72), who has not broken par in his last 10 rounds at a major.