Stenson one clear of loaded leaderboard at Bay Hill 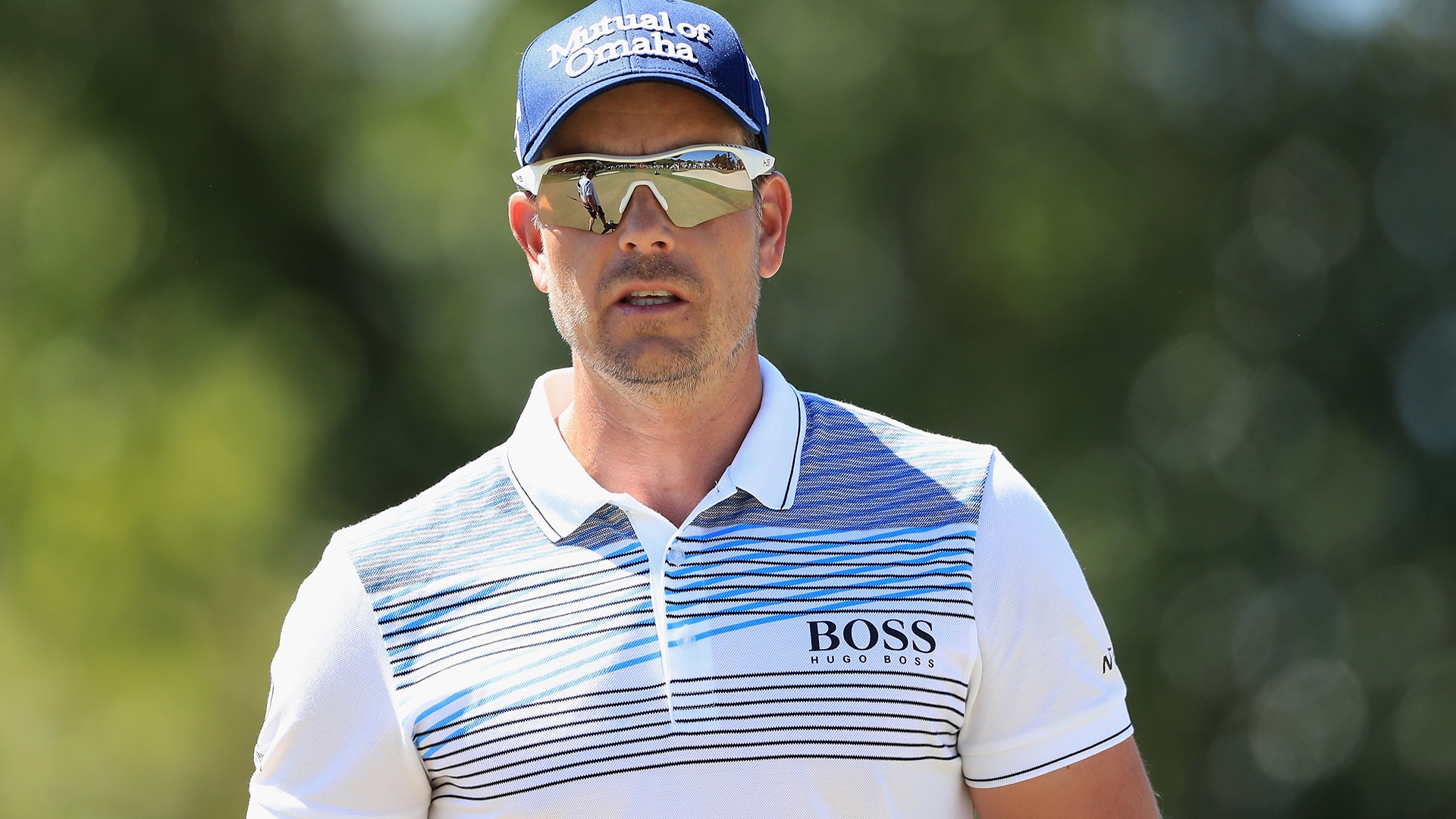 Four of the top 15 players in the world and two men with stellar amateur resumes will do battle Sunday to win Arnold Palmer Invitational. Here’s how things look through 54 holes at Bay Hill, where Tiger Woods sits five back at 7 under par.

What it means:  For the second straight day, Stenson (71) will go off in the final pairing with DeChambeau (72), after both players failed to separate themselves from the field in Round 3, shooting a combined 1 under. Stenson really should have a win at Bay Hill by now. He finished in the top-10 four years in a row from 2013-2016, with three top-5s. The closest he came to victory was in 2015, when he lost to Matt Every by one shot after being put on the clock and three-putting the 15th and 16th greens. If he’s finally going to close the deal Sunday, the world No. 15 will need to hold off challenges from three of the top 13 players in the OWGR – No. 5 Rose, No. 7 Fowler and No. 13 McIlroy – and two men who won both the NCAA individual championship and the U.S. Amateur – DeChambeau and Moore.

Round of the day: John Huh and Austin Cook both made the 1-over cut on the number and shot 66 Saturday to move into a tie for 18th at 5 under.

Best of the rest: McIlroy, Rose and Jason Day (-5) all signed for 67. McIlroy remains in search of his first worldwide win since he walked away from East Lake with the Tour Championship and the FedExCup in 2016.

Biggest disappointment: Fowler was 11 under for the week but dropped three shots in his last two holes. He failed to get up and down from the front bunker at 17 and then had his ball almost fully bury in the lip of a greenside trap at 18. With only a small portion of the ball visible, Fowler took two to get out of the sand and two-putted his way to a double-bogey 6, dropping him to 2 under for the day and 8 under for the championship.

Quote of the day: "I'm going to have to shoot a low one tomorrow, and probably get a little bit of help. But my responsibility is to go out there and shoot a low one first." – Woods