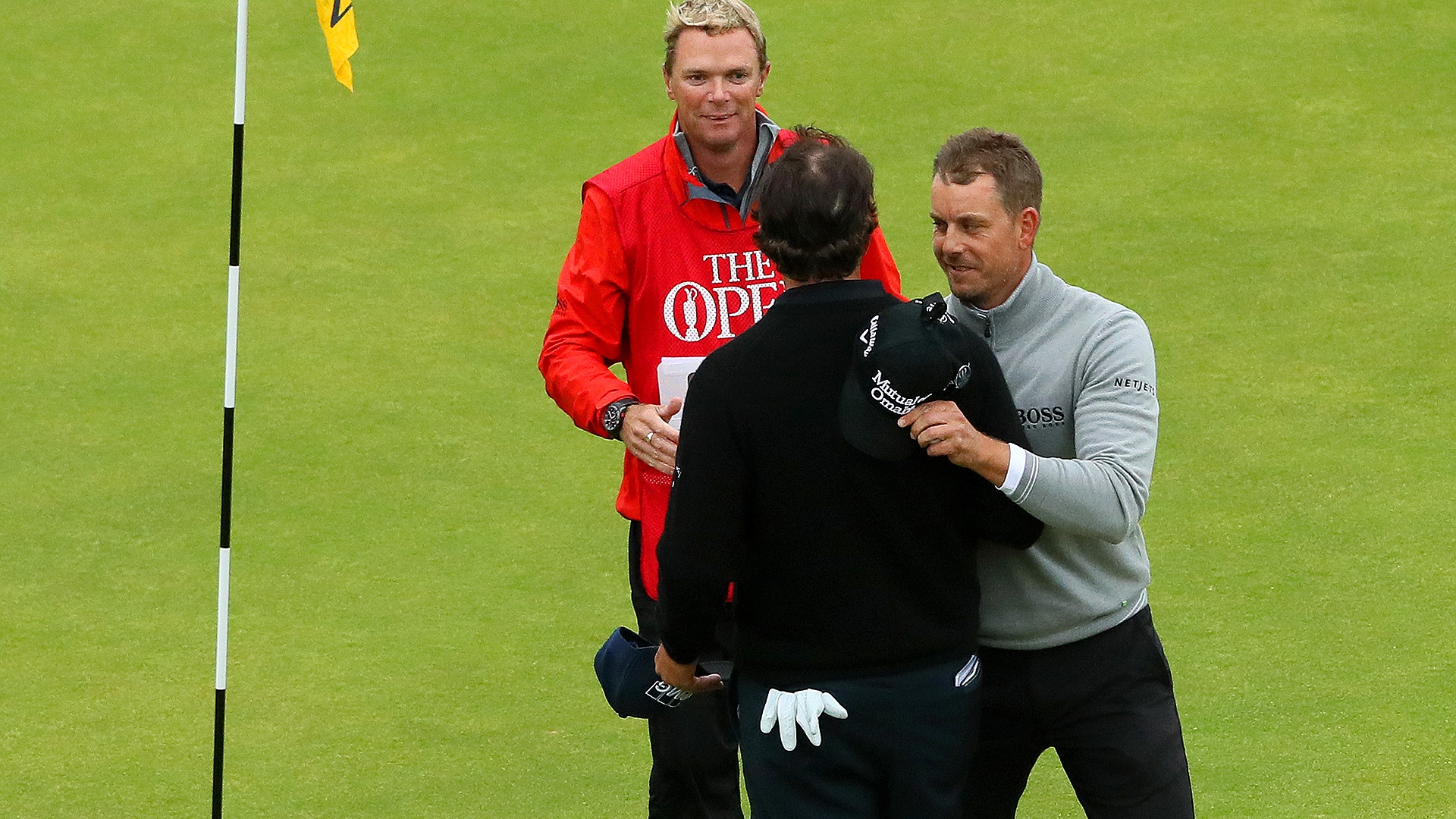 TROON, Scotland – Henrik Stenson and Phil Mickelson will begin Sunday with a five-shot cushion on the rest of the field, which could present a match-play-like scenario for the final round of The Open.

Sunday’s final round will be the eighth round they’ve played together in the past three months on both the PGA and European tours, including in the first two majors of the year and last week’s Scottish Open. Stenson holds a 4-1-2 advantage in those head-to-head meetings.

“I feel like he’s my playing partner,” Stenson joked. “We’ve played a lot of golf together this year, and I’ve known him for many years.

“I enjoy his company. He’s always fun to watch. He hits some spectacular shots, and he’s a great competitor. So it’s inspiring. I know I’ll have to bring my best. I would have had to bring my best no matter who I was out with tomorrow, but certainly when you’re playing someone like Phil.”

Stenson has been on the wrong end of a Mickelson surge before. It was the Swede who finished second to Mickelson in the 2013 Open, when Lefty came from behind with a final-round 66 to capture the claret jug.

“There’s always revenge,” Stenson said with a laugh, before adding: “It would be great to hand one back to him tomorrow, absolutely. But as we know it’s going to take some good golfing to do that, but I’m certainly willing to give it a try.”