Stenson, two back, once again in contention at API 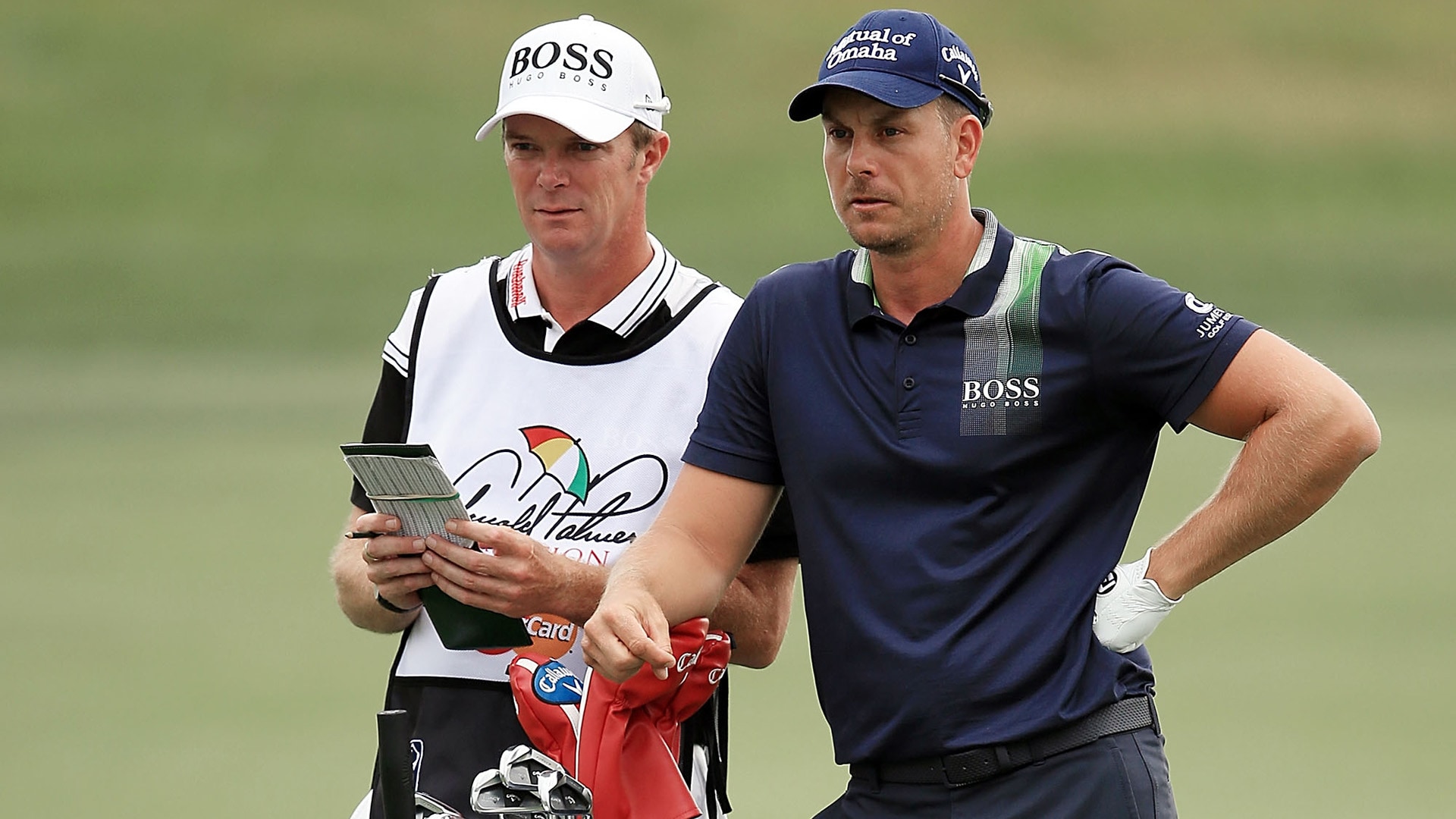 ORLANDO, Fla. – Henrik Stenson was in a celebratory mood Saturday at Bay Hill, and with some luck, maybe he’ll be in another one tomorrow.

After getting up and down for par from a plugged lie in a greenside bunker at the 18th and closing a round of 2-under 70, Stenson helped lead the crowd in an impromptu rendition of “Happy Birthday” in honor of his caddie, Gareth Lord.

Asked about the scene at 18 in his post-round news conference, Stenson, who trails Jason Day by two shots with 18 holes to play, responded with his typical, dry wit.

Question: First of all, how old is Gareth?

Question: Was that a surprise to him, what happened?

Stenson: That he turned 43? I don't think so. I think he saw it coming.

Stenson went on to add that it was actually Justin Rose’s caddie, Mark Fulcher, “who kind of got it fired up there on the last. Just - if you can be silly, why not?”

That attitude is a departure from the one Stenson displayed down the stretch at Bay Hill last year, when he was put on the clock late in the day, became irritated, starting rushing, and three-putted the 15th and 16th holes to lose the tournament by one to Matt Every.

Stenson keeps getting closer to lifting the trophy at Bay Hill. He was T-15 in 2012, T-8 in 2013, T-5 in 2014 and runner-up last year. Asked Saturday if he learned anything from his close call last year, he again kept it light:

“Maybe take a little bit more time if you get on the clock,” he answered, prompting some laughter.

Playing alongside Day on Saturday, Stenson grabbed the lead by himself at 15 under par when he played Nos. 4-6 in 4 under, going birdie-birdie-eagle. But the seventh-ranked player in the world didn’t make a red number thereafter, closing with 10 pars and two bogeys.

“I think you’ve got a lot of good risk-and-reward shots throughout the whole golf course but especially on the last three holes here when you're coming in,” he said. “A lot of things that can happen. You can go eagle-birdie-birdie to finish and you can go par-bogey-bogey. It could be a big swing coming in.

“So, I know which one I like out of those two.”