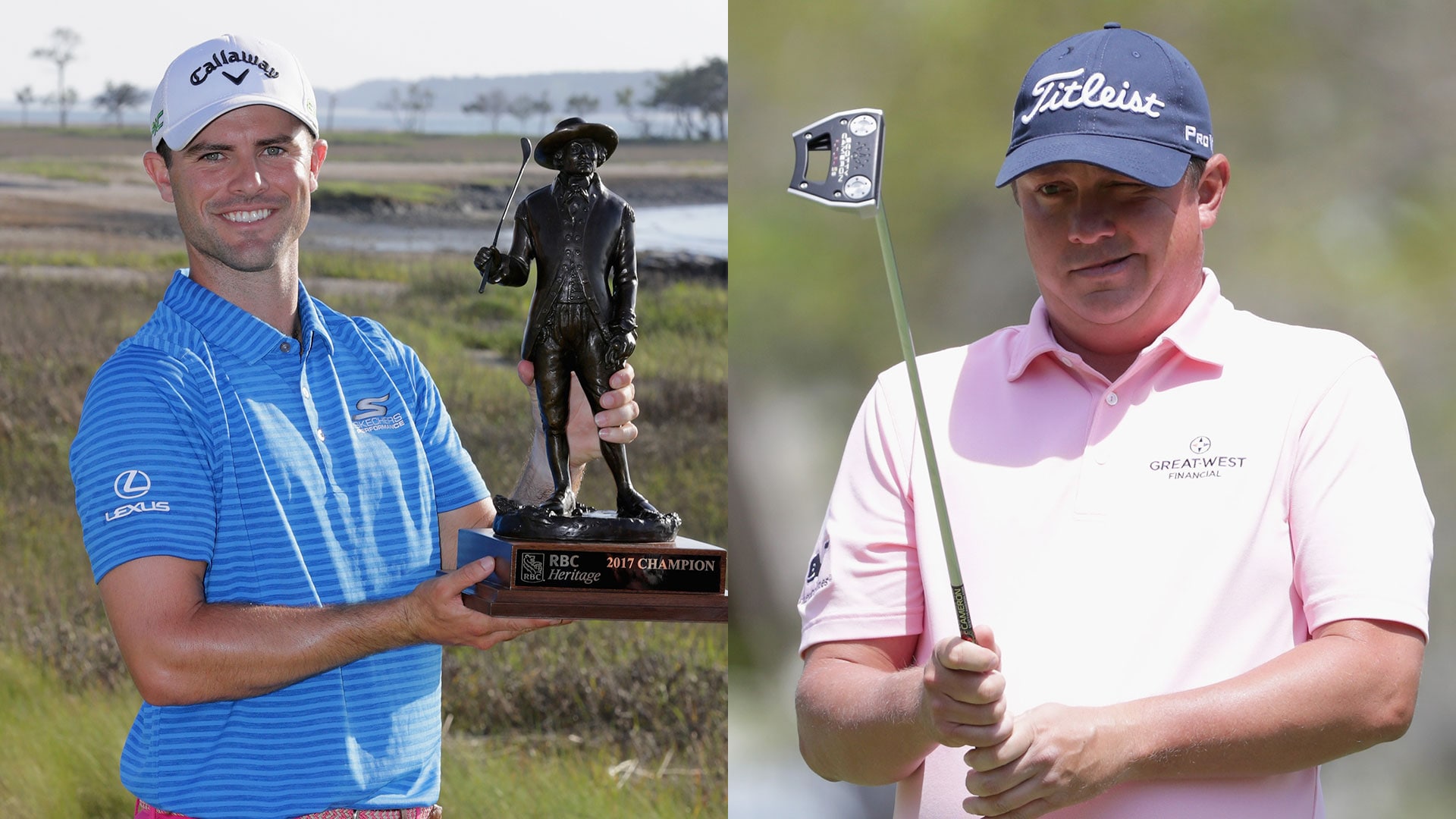 Wes Bryan (+8%): And to think, just a few years ago, some questioned if the trick-shot artist could actually play at a high level. Web.com Tour Player of the Year … instant promotion to the big leagues … and now a PGA Tour winner, in just 14 starts. Yeah, he can play.

Edoardo Molinari (+5%): It’s been seven years since the Italian last won a tournament, falling on hard times with injuries and poor play and needing two trips to Q-School in the past few years. The Trophee Hassan II was a much-needed lifeline.

Cristie Kerr (+4%): Ancient by today’s LPGA standards, the 39-year-old American is as feisty as ever, chasing down the leaders with a flawless 62-66 closing stretch that earned her a 19th title.

Bernhard Langer (+3%): This exemplifies why he’s an all-timer: A day after ending a streak of 36 consecutive rounds of par or better, Langer worked tirelessly on the range, straightened out his ball-striking and shot the low round of the day, a 65, to finish second at the Champions event.

Scrambling (+2%): Bryan and Luke Donald, Nos. 1-2 on the leaderboard, hit only 56 and 57 percent (!) of the greens, respectively, at Harbour Town. Practice your short game, kids.

#SB2K17 (-1%): Gonna need to see something new next year – keg stands, a tropical storm, maybe a Phil cameo – or we’re officially out on this.

Graham DeLaet (-2%): Strong ball-striker, and a vastly improved putter, but his yippy chipping and pitching remains too big of a liability. He converted only 50 percent (6 of 12) of his scrambling opportunities last week, and with a bunched leaderboard those are precious strokes to save.

Poults (-3%): Not sure there’s a course on which we’d least want to play for our Tour card than the excessively difficult TPC San Antonio. Poulter likely needs a top-35 to bank the necessary $30K to satisfy his major medical.

Lydia’s changes (-5%): Even after a season-best second-place finish at the Lotte, the world No. 1 continues to tinker, dumping her caddie after only nine events. Whatever the reason for the myriad changes – the pursuit of unattainable perfection, immaturity, too much parental influence – it’s alarming.

Jason Dufner (-7%): Even when you putt as poorly as Dufner, it’s no excuse for acting like a miserable jabroni and leaving your caddie to pick up your mess. If that’s not conduct unbecoming of a professional, what is?