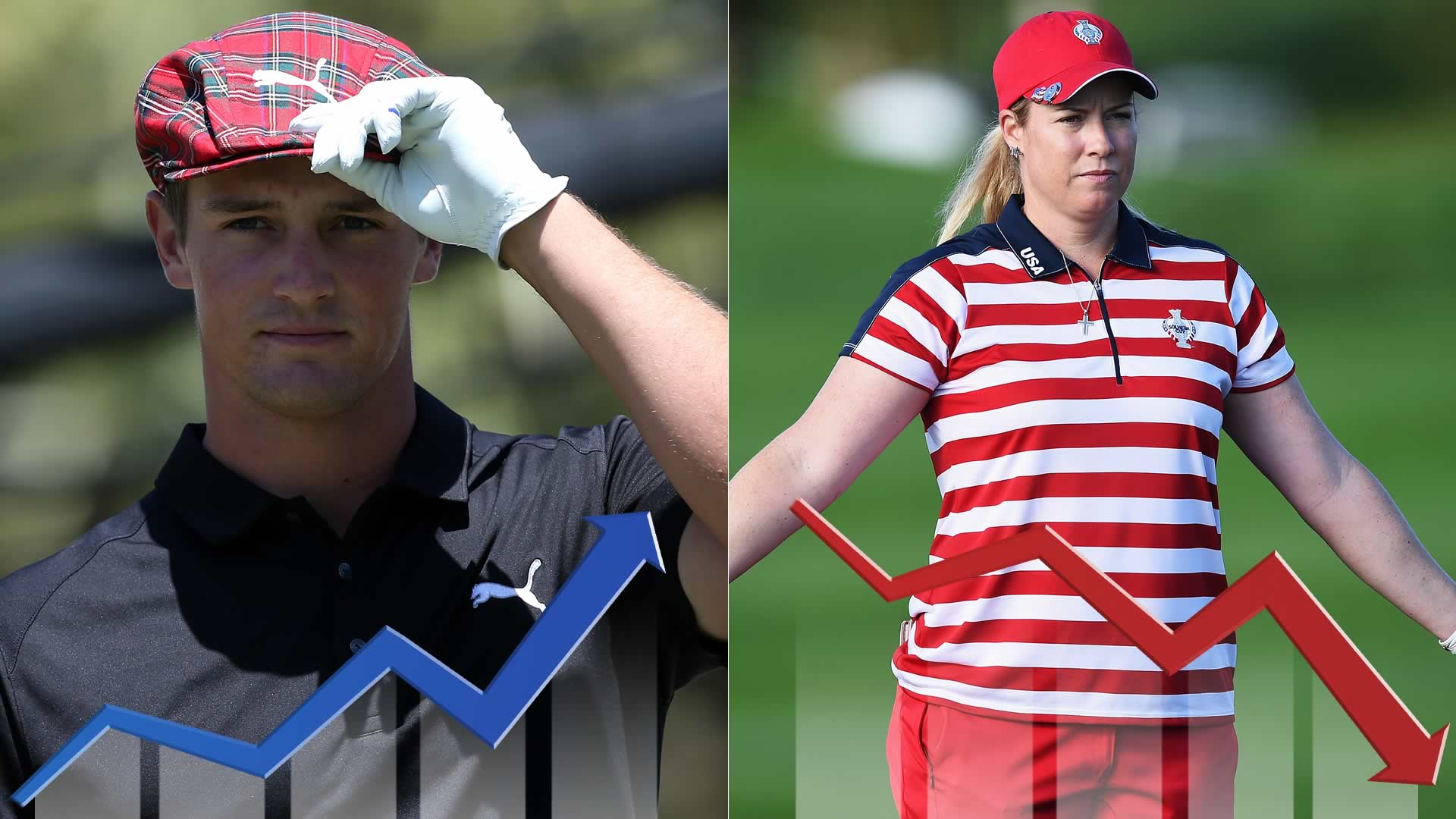 Branden Grace (+7%): One of golf’s most prolific winners since 2012, it was just a matter of time before he bagged his first PGA Tour title. The only question is which sweet-swinging South African will hoist a major trophy next.

Bryson (+6%): Are you sold yet? In his pro debut, DeChambeau led the field in ball-striking and finished T-4, and now everything – a Tour card, a win, maybe even a Ryder Cup wildcard pick – is on the table.

Beef (+3%): It’s likely that, as of this writing, new European Tour winner Andrew Johnston is still drunk, and that’s awesome.

Ernie Els (+2%): The Big Easy didn’t run and hide after his yippy Masters performance – he returned the following week, posted his best finish in more than a year (T-14) and ranked third (!) in putting. Good on ya.

Luke (+1%): Drifting from relevance, and searching for confidence, Donald took a step in the right direction with a(nother) runner-up at Hilton Head. Some of his silky par saves made it feel like 2011 all over again.

J-Day (-1%): He had a nice bounce-back Sunday, but complaining of mental fatigue when he’s only played eight times in four months probably won’t earn any sympathy from his globetrotting peers.

Sergio (-2%): With a chance to steal his home open with a blistering final round, Garcia instead bogeyed the 72nd hole. It’s only getting harder to close.

Camilo (-3%): No matter how much he whined, two rules officials and his fellow playing competitor weren’t going to change their minds – Villegas’ ball clearly wasn’t embedded. The only thing missing from his theatrical performance was a Spiderman pose.

Mike Weir-Tour rookie spat (-5%): You have to respect the 45-year-old left-hander for trying to play his way out of a horrendous slump with everyone watching. If Dawie van der Walt has a problem, it should be with the tournament directors, not Weir – they’re the ones who keep giving handouts to a player who clearly isn’t competitive.

U.S. women’s Olympic team (-7%): And so it has come to this: Instead of having four qualifiers inside the top 15 in the rankings, the only Americans currently in line for a trip to Rio are Lexi Thompson and Stacy Lewis. A wakeup call, perhaps?