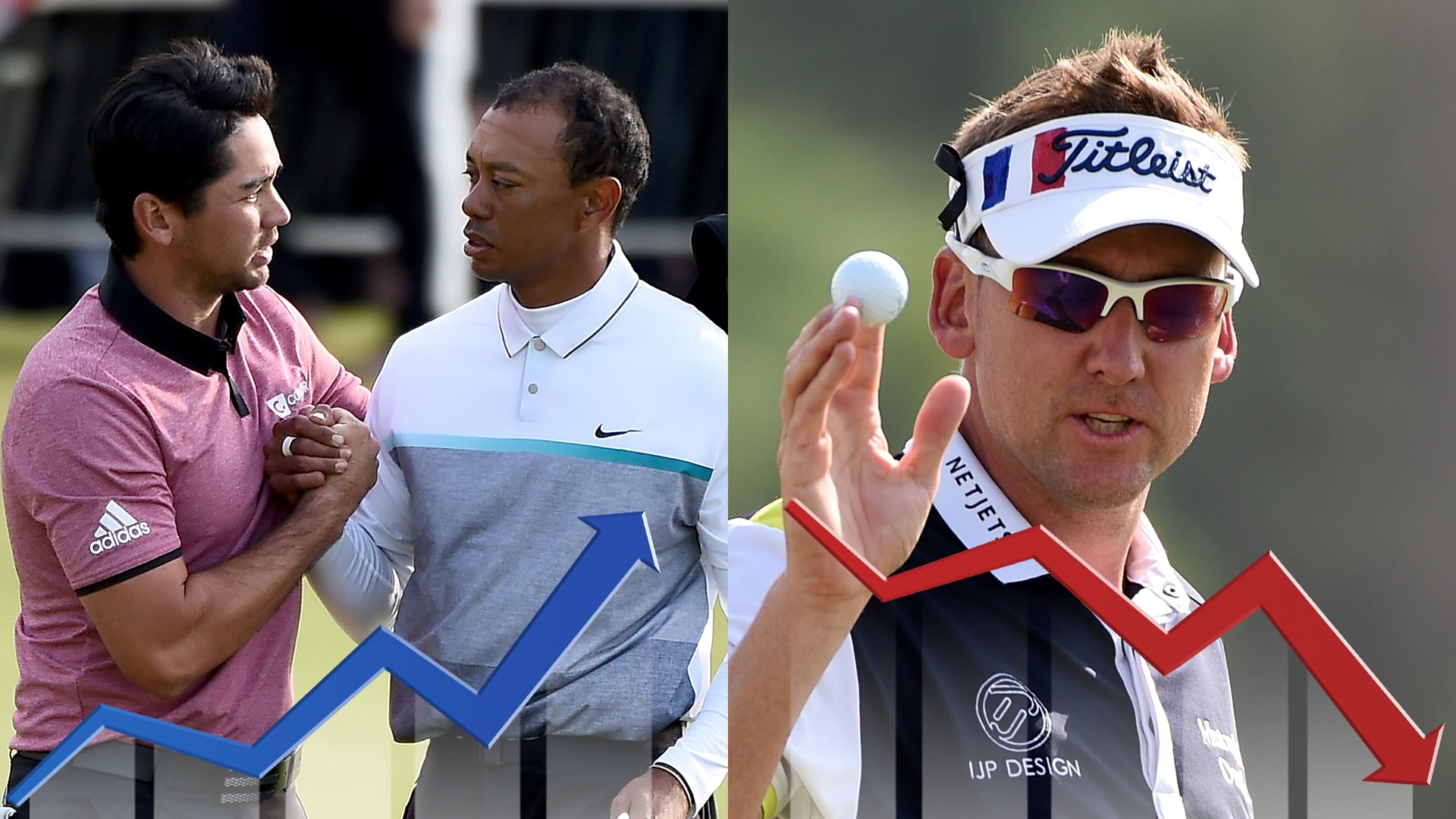 J-Day (+8%): Last summer showed that he is unbeatable at his best, but that’s true of any of the game’s elite players. Bay Hill was so important because Day was resilient and won with his B-game. Scary.

Sei Young Kim (+5%): Guess that Rookie of the Year season was no fluke. She closed with 62 to turn a shootout into a boatrace, tying Annika Sorenstam’s record score (27 under) in the process.

Florida swing (+4%): Only major winners prevailed during the Tour’s annual trip to the Sunshine State. Little wonder this is the most wide-open Masters in years.

Wesley Bryan (+3%): Imagine how good he’d be if he spent less time on the range hitting trick shots.

Tiger (+1%): During his wire-to-wire win at Arnie’s Place, Day credited his boyhood idol for infusing him with confidence during their frequent text sessions. Which makes us wonder: Why haven’t more of today’s players reached out to the greatest champion they’ve ever seen?

Henrik Stenson (-1%): One of the game’s preeminent ball-strikers once again shrank in a big spot. That’s now 12 top-five finishes in the past 16 months, but the moral victories must be getting old.

Rory (-2%): At Bay Hill, he was plagued by big numbers (six doubles!) and a bad attitude, usually a telltale sign that he’s disinterested. Can he simply flip the switch and get dialed in at Augusta?

Match Play (-3%): Austin Country Club should give the event a much-needed spark, but the switch to the round-robin format drained much of the win-or-go-home urgency that makes match play so compelling.

Tim Hart (-5%): Talk about a golf spike to the groin. All he needed was a par on the last to shoot 58 and win the Queensland PGA. Instead, he played aggressively because he didn’t know where he stood, then made triple bogey and lost both his sub-60 bid and the tournament.

Ian Poulter’s heckler (-8%): Did Poults cross the line in publicly ratting out his on-course harasser? Probably. But if this dude got fired for boasting about his spat on social media, then it’s safe to assume this wasn’t his first boneheaded decision.