Stock Watch: DJ up, Ko down as major season arrives 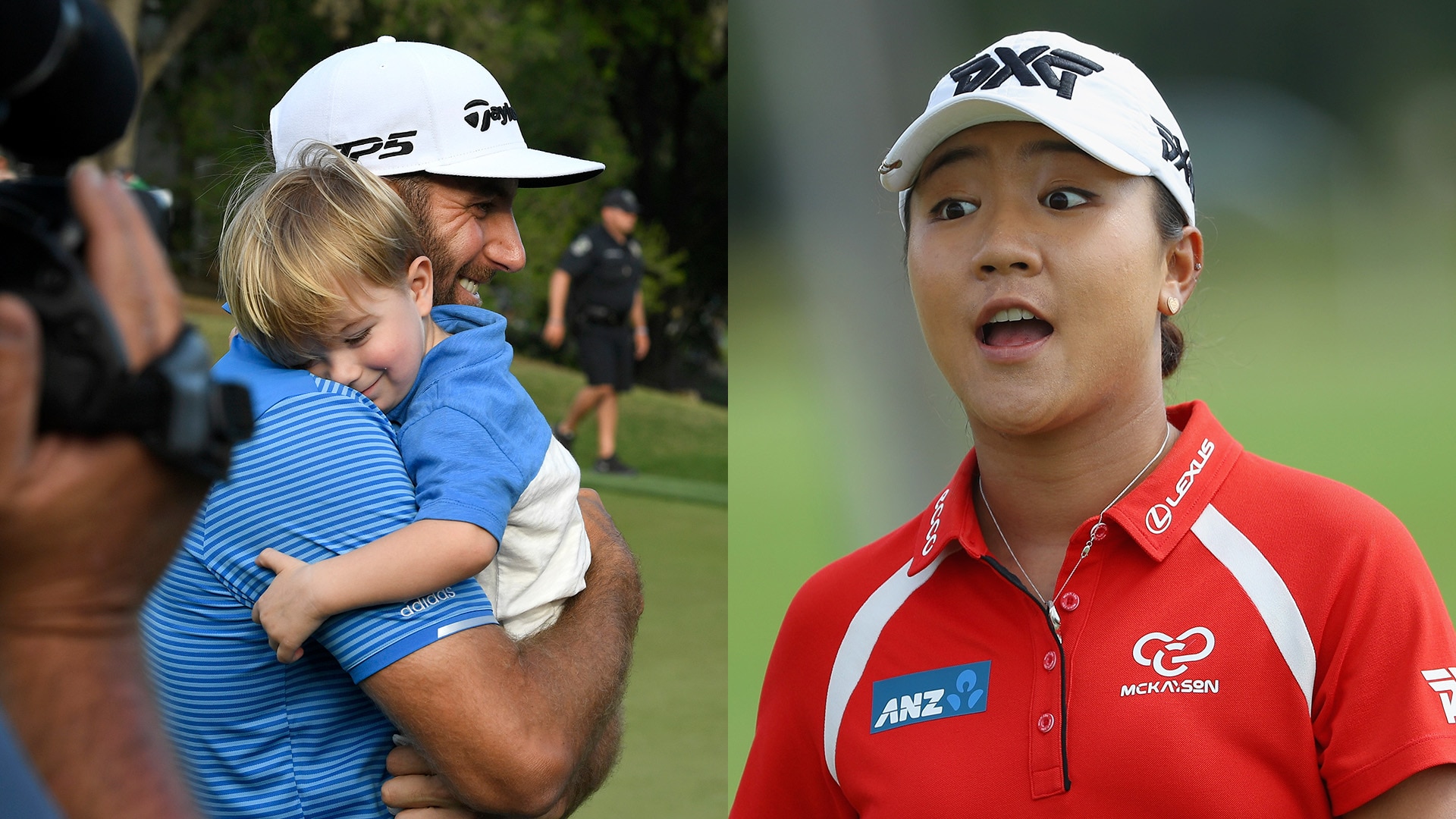 DJ (+8%): That Johnson skipped Houston is bad news for the rest of the Masters field. He is overpowering off the tee, his putting is much improved, and now he’ll be rested. Good luck.

Jon Rahm (+6%): Now everyone can see why Rahmbo was one of the most-hyped players to come out of college in the past decade. He’s got world No. 1 potential.

Phil (+4%): When his putter gets hot, like it was at the Match Play, he looks 36, not 46. Mickelson has at least one more deep Masters run in him, so why not this year?

Bryson (+2%): With a career-best tie for second in Puerto Rico, DeChambeau’s early-season struggles appear over. Maybe he will nab a W this year, after all.

Jason Day (+1%): He’s gotten a bad rap for withdrawing because of various injuries and illnesses, but give him credit for what took place last week in Austin – his very public reveal of his mother’s lung-cancer diagnosis took serious guts.

Lydia Ko (-1%): The issue isn’t that she missed only her second career LPGA cut – she’s human, after all. But her timing couldn’t have been worse, as she’s still searching for the right formula on the eve of the year’s first major.

Danny Willett (-2%): Entering next week’s Masters, the reigning champion finished 69th out of 77 players in Mexico, missed the cut at the Honda and then went 0-3 at the Match Play. Back-to-back Masters victories, well, it seems highly unlikely.

Monday qualifiers (-5%): So you want to play the PGA Tour? The 18-hole shootout for Houston was so packed they played in foursomes, and there were five players who shot 8-under 64 (!) but did not qualify. It’s a brutal way to try and make it to the big leagues.

Insane driving distance (-7%): Everybody digs the long ball … except when it becomes a bit ridiculous, with a couple of unintentionally drivable par 4s, 430-yard drives and wedges into par 5s. Though it’s all in good fun in match play (and elevation changes, firm turf and wind certainly aided the big hits), it’s only a matter of time before a World Long Drive participant develops an all-around game.

Round robin (-8%): Pool play has produced the desired result over the past three years – Rory, J-Day and DJ victories – but the process to get there was uninspiring. A move to a 54-hole stroke-play qualifier would reduce fan confusion while maintaining the integrity of head-to-head match play. A win-win for all.