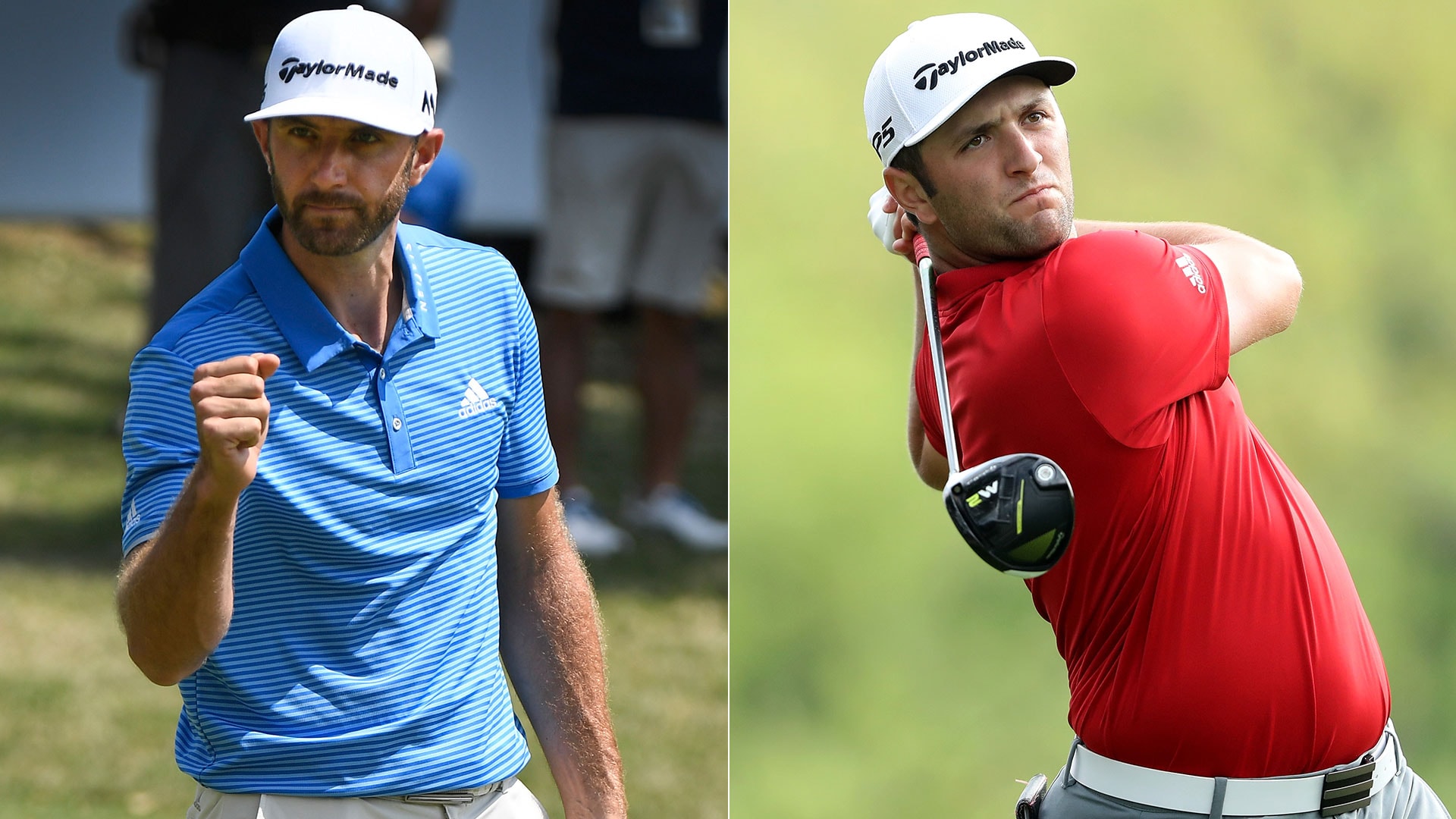 Brian Harman (+7%): If the first win is relief, the second one is validation. The gritty left-hander has always had serious game – he was a former All-Everything as an amateur – and now he has the Tour résumé to prove it.

DJ (+6%): Even after a month off, he showed no signs of slowing down. He has lost to only three players – total – since Pebble. Insane.

JD (+5%): Can Daly truly move the needle playing senior golf? Doubtful. But his first victory on a major tour since 2004 provided a much-needed spark, both for the Champions circuit and the 51-year-old everyman.

Jon Rahm (+3%): That’s five top-10s in his last six starts, a run made even more impressive when you consider that he’s seeing all of these courses for the first time. He looks like a future world-beater.

Rory’s equipment change (-1%): McIlroy is reportedly set to announce an equipment deal with TaylorMade. The timing, in the middle of the season, is peculiar – he would lead the Tour in strokes gained-tee to green if he had enough rounds to qualify.

TA3 (-2%): With a chance to catch (and pass) the sputtering leader, Armour instead hooked his tee shot into the water on 17 and made another bogey on 18, finishing one shot back.

LPGA Match Play (-3%): The only way for those of us in the States to follow the action was on social media. That’s a shame, because the final four featured some big names, Lorena and Annika teamed up for a Hall of Fame exhibition, and it was the first match-play event on the tour in five years. Let’s hope that changes in the future.

Grayson Murray (-4%): Known to fans mostly for his fiery tweets, he showed that he can play a little, too, sitting two shots back heading into the weekend at Eagle Point. But things went so south, so quickly, that he ended up firing his caddie midway through the final round and tied for 63rd.

Patrick Reed (-6%): There’s no way to sugarcoat it: Sunday was a disaster for Reed. With the 54-hole lead, he hit less than half of the fairways and greens, took 32 putts and came home in 40 to drop out of the top 10. Ouch.