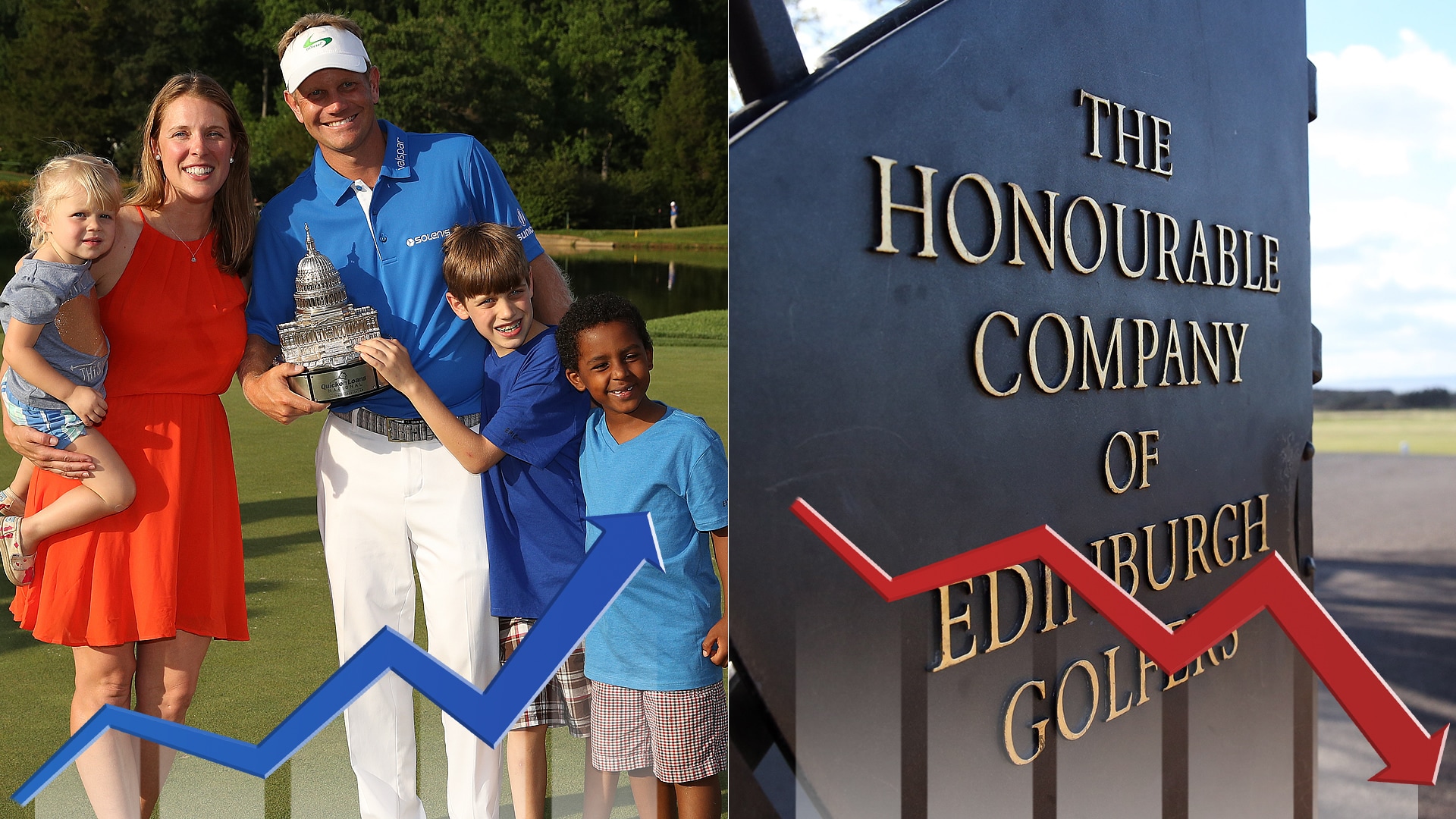 Billy Hurley III (+8%): His unlikely triumph at Congressional was the feel-good story of the year, the former Navy man overcoming a public family tragedy to win for the first time on the PGA Tour. As good as it gets.

Year of the Journeyman (+5%): Though 2016 is destined to be remembered for Jordan Spieth’s 12th hole and Dustin Johnson’s controversial breakthrough, it also has produced some of the most improbable victories, from Vaughn Taylor (Pebble) to Jim Herman (Houston) to Will McGirt (Memorial) to Hurley.

Jon Rahm (+4%): If you’d never watched the 21-year-old Spaniard play before, now you know what all the fuss has been about for the past four years. The kid’s an absolute stud.

Henrik Stenson (+2%): He’s a winner for the first time in 19 months, and his timing couldn’t have been better – with two majors in a three-week span, Big Stense’s sublime ball-striking could carry him to that long-awaited major.

Ernie (-1%): On the verge of a redemptive victory, Els instead made five bogeys and a double Sunday, the only player in the top 20 to close with an over-par final round.

Rickie (-2%): The good news? He snapped a streak of three consecutive missed cuts. The bad? A 73-74 weekend only led to more questions about the state of his game as the heart of the season approaches.

USGA fallout (-4%): Good thing the blue blazers run only one men’s event a year, because they’re still (deservedly) getting ripped for their epic mishandling of the DJ situation at Oakmont. Lee Westwood was the latest to pile on, saying that the USGA was uninterested in hearing what Johnson or Westwood had to say during the video review afterward. A bad look, all around.

Muirfield (-5%): After having the Open taken away, the club’s membership now wants a political do-over, saying that it plans to have another vote on female members by the end of the year. The question now is whether Muirfield’s reputation has already been irrevocably damaged.

Olympic dropouts (-8%): Eleven players (and counting) have now withdrawn from the Rio Games. It’s a shame not only for this year’s competition but also the future of the sport – a vote on whether golf should continue as a medal sport will be held in 2017, and it’s obvious this year will lack the appropriate star power.