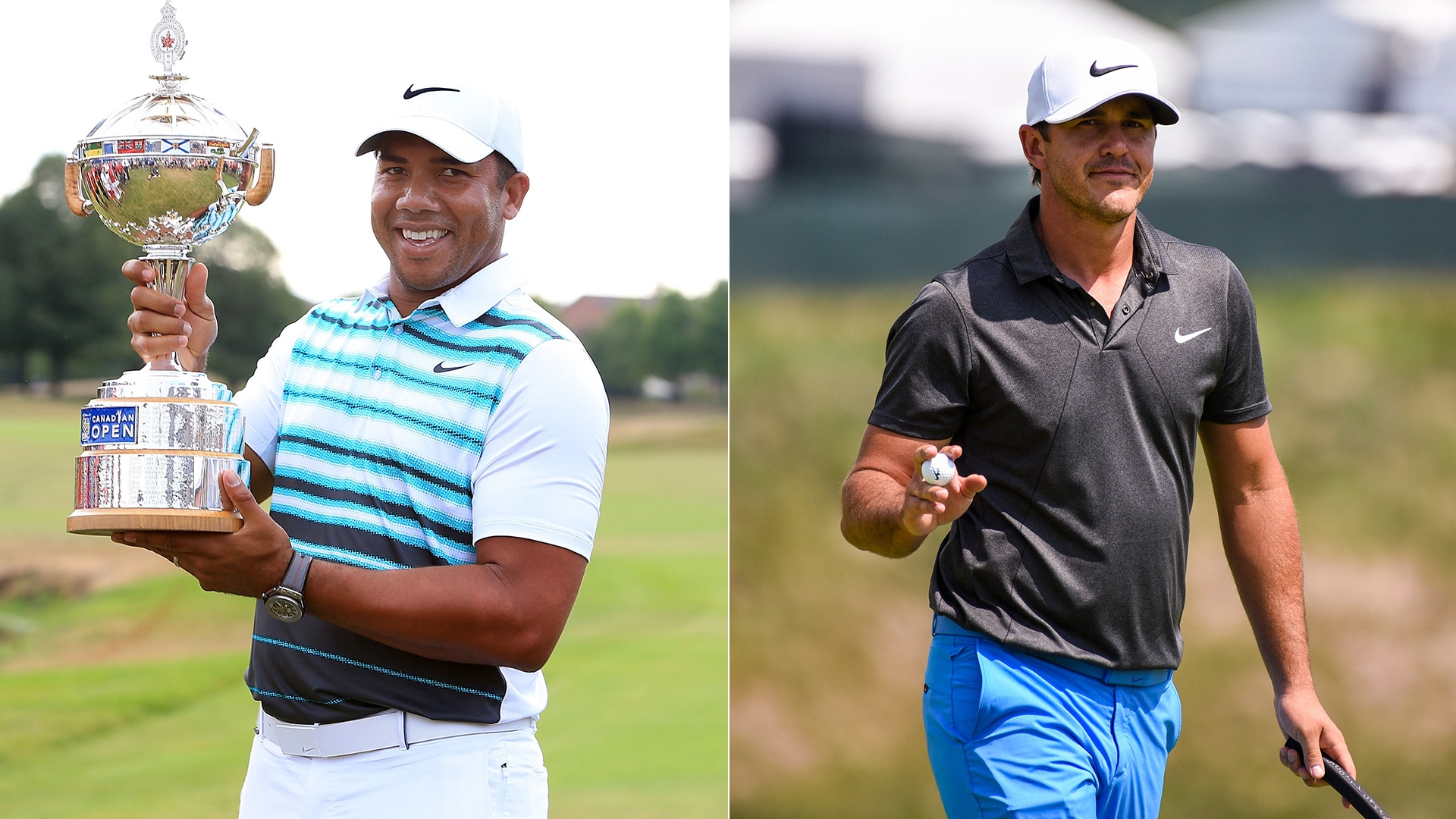 Jhonny Vegas (+6%): The former Tour sensation, and one of the most fun-loving characters in the game, battled his way back to the winner’s circle after a few frustrating years of injury and doubt. Good to see.

The PGA (+5%): The year’s final major feels crammed into the schedule, but hey, it still counts the same in the record book! It’s the last opportunity for three members of the so-called Big 4 to turn a good year into a great one.

DJ (+3%): One benefit of the condensed schedule: A star can ride a wave of good play into the biggest tournaments of the year. That’s six consecutive top-10s and counting as we roll into Baltusrol, where Johnson is the clear favorite.

Jared du Toit (+2%): The 21-year-old, who wasn’t even the best player on his college team (thanks, Jon Rahm), authored one of the most memorable performances by an amateur in recent memory, thrilling the home crowd with his strong play and steely nerves while playing in the final group in his Tour debut. It was an unforgettable experience for a kid with a bright future.

U.S. women’s golf (+1%): OK, let’s not get carried away with the Americans’ International Crown title – they were swept on Day 1 and didn’t have to face the best team in the competition (the Koreans) in fourballs – but a win is still a win. Perhaps match-play dynamo Cristie Kerr should have a seat at the next task-force meeting.

Ricky Barnes (-1%): What happens when a guy with a 0-for-230 career record on the PGA Tour is presented with a golden opportunity to win? Pretty much what transpired over Barnes’ last six holes in Canada: A series of hesitant putts, followed by an ugly final hole, where he snap-hooked his drive, thinned his second shot into the lip of a bunker and limped home with a par.

Brooks Koepka (-2%): Talk about bad timing: Sidelined for the past month because of torn ligaments in his right ankle, he has dropped from third to ninth in Ryder Cup points. And he’s still gimpy as he plays the PGA. Bummer.

Miguel Angel Jimenez (-3%): Here’s guessing that he’ll have little trouble getting over his closing 75 at Carnoustie …

Glen Abbey (-5%): The course was baked to a crisp because of the high heat and area-wide drought, but there’s no excuse for having little-to-no sand in the bunkers. It’s a PGA Tour event.

Jerome Bettis (-6%): Poor Charles Barkley gets heckled about his awful game – he shot no better than 106 and didn’t make a par over three rounds at the celebrity event in Tahoe – but “The Bus” might have an even worse action. Seriously, how did he even arrive at this Furykian swing?