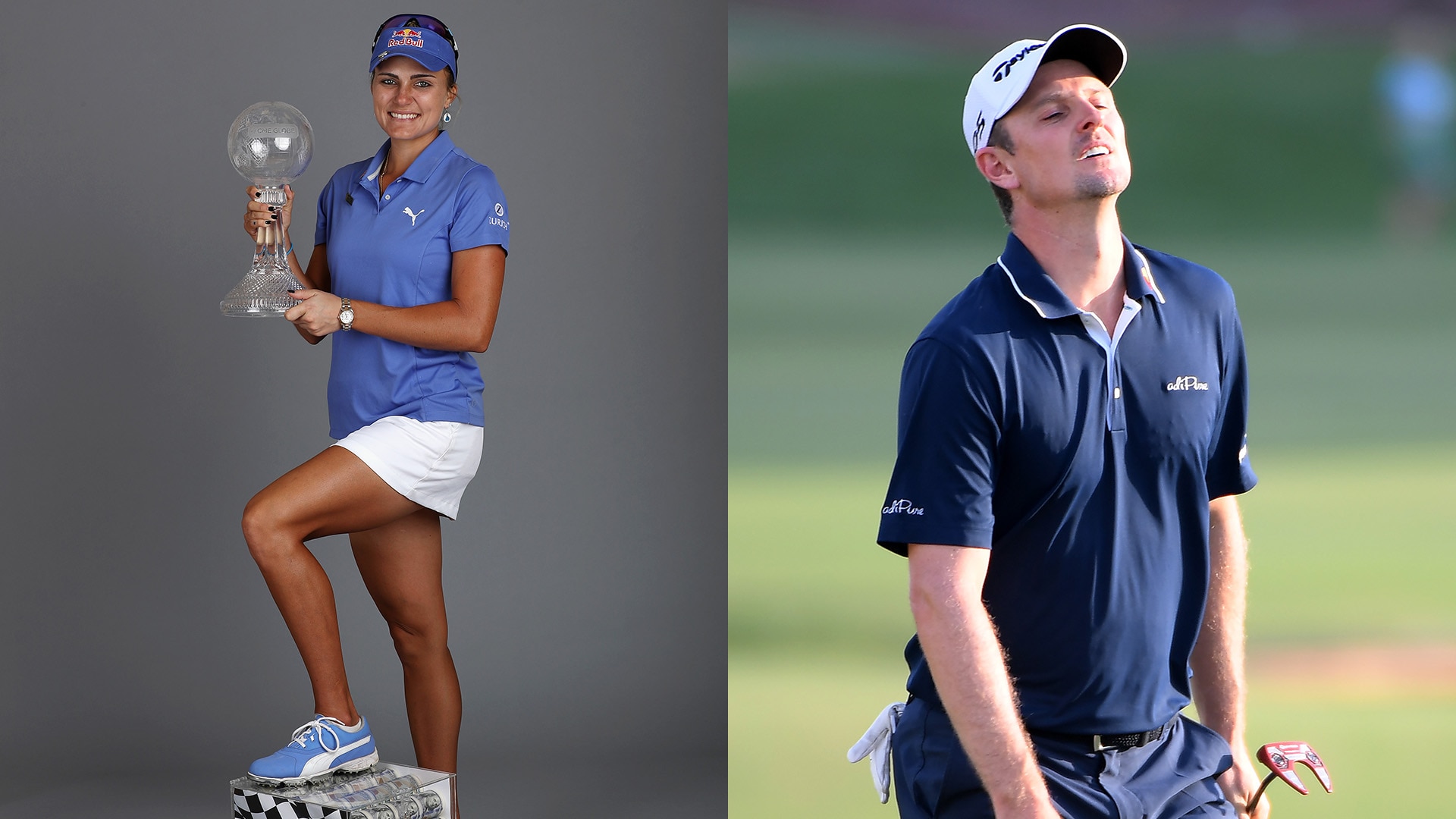 Jon Rahm (+9%): Just imagine how good he’ll be in the next few years, when he isn’t playing all of these courses for the first time. With no weaknesses in his game, he’s poised for an even bigger 2018.

Austin Cook (+7%): From Monday qualifiers to Q-School to close calls on the Web.com, it hasn’t been an easy road to the big leagues. Well, he would have fooled us, because it looked awfully easy as the rookie cruised to a win in just his 14th Tour start.

Ariya (+6%): Her physical tools are as impressive as any on the LPGA, and if she can shore up her mental game – she crumbled upon reaching world No. 1 – then she’ll become the world-beater we always believed she could be.

Tommy Fleetwood (+4%): He ran out of gas in Dubai, but no one played better on the European Tour this year than Fleetwood, Europe’s new No. 1, who has risen from 99th to 18th in the world.

Lexi (+1%): She has one million reasons to be pleased with her performance this year … but golf fans are more likely to remember the six runners-up and two careless mistakes (sloppy marking at the ANA and then a yippy 2-footer in the season finale) that cost her a truly spectacular season.

J-Rose (-1%): Another high finish in Dubai, but his back-nine 38, after surging into the lead, was shocking. It cost him not just the tournament title, but also the season-long race.

Hideki (-2%): After getting blown out at the Dunlop Phoenix, he made headlines by saying there’s a “huge gap” between he and winner Brooks Koepka. Maybe something was lost in translation, but Matsuyama being too hard on himself has been a familiar storyline the second half of the year. For his sake, here’s hoping he loosens up.

Golf-ball showdown (-3%): Recent comments by big-name stars and Mike Davis’ latest salvo about the need for a reduced-flight ball could set up a nasty battle between golf’s governing bodies and manufacturers.

DL3 (-4%): Boy, the 53-year-old is getting a little too good at rehab – in recent years, he has overcome a neck fusion, foot injury, broken collarbone and displaced thumb. Up next is hip-replacement surgery.

LPGA Player of the Year (-5%): Sung Hyun Park and So Yeon Ryu tied for the LPGA’s biggest prize, with 162 points. How is there not a tiebreaker in place, whether it’s scoring average or best major performance? Talk about a buzzkill.