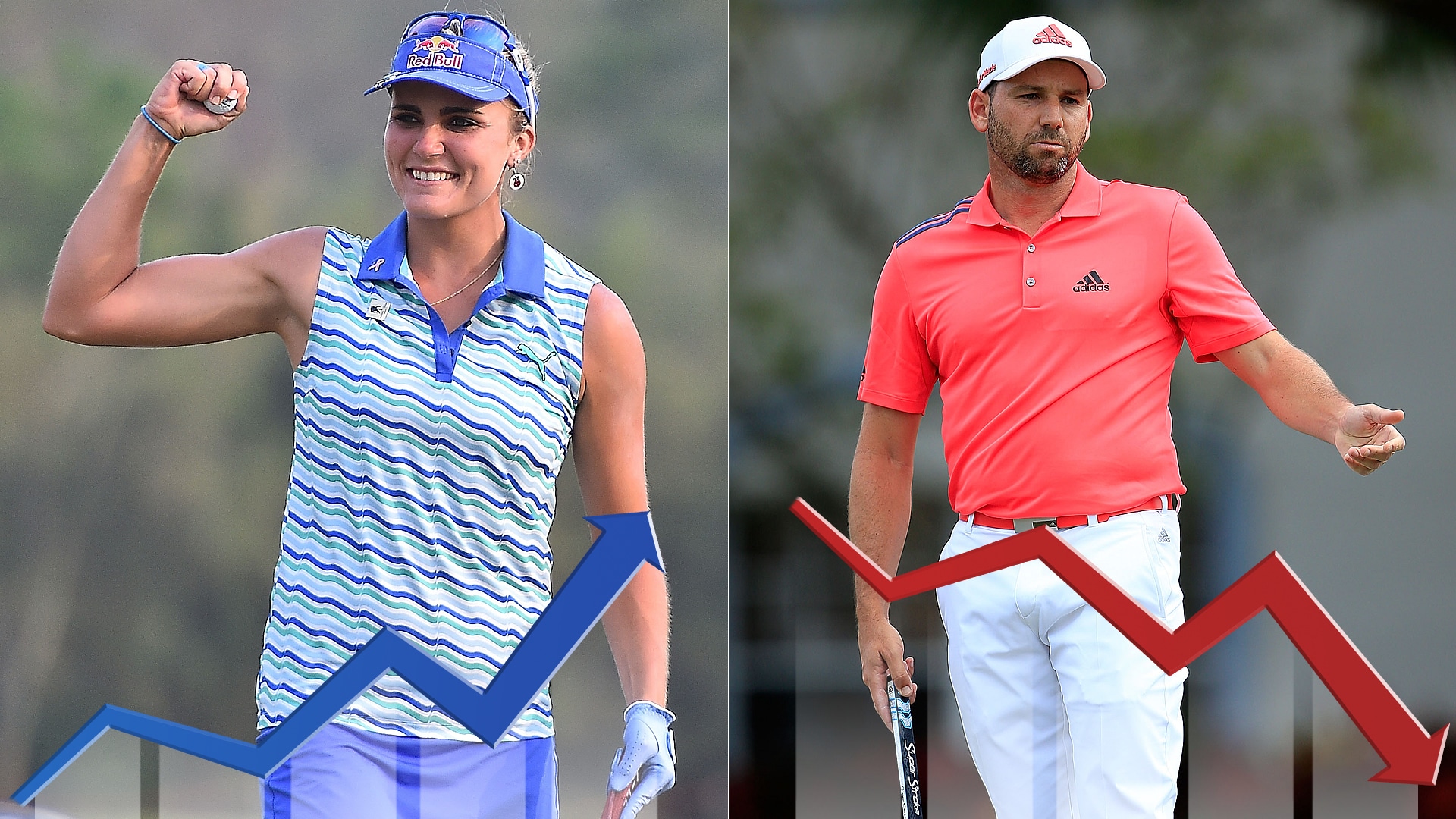 Adam Scott (+8%): One of golf’s preeminent ball-strikers needs only to putt decent to have a chance to win. Imagine if he somehow starts rolling it like Spieth.

Lexi (+6%): Now the top-ranked American in the world, Thompson’s performance in Thailand was a tour de force that put Lydia and Inbee on notice.

Tiger (+5%): He’s the only golfer on the planet who makes more news off the course than on it, proving yet again that he is still the needle.

Doral (+3%): With 48 of the top 50 in the world in South Beach, the WGC-Cadillac Championship should help sort out a muddled major picture. That Donald Trump might not blow in until Sunday, if at all, is an added bonus.

Shane Lowry (+1%): Let’s all pitch in to pay his fine after he dropped a few F-bombs on camera and then fired off this unapologetic tweet. Gotta admire the lad’s spirit.

Cellphone-wielding fans (-1%): The Tour now allows fans to take photos outside of designated areas, but that’ll do little to mute the goofballs who can’t figure out how to put their phones in silent mode.

Rory (-2%): A Sunday collapse, a missed cut, myriad mental mistakes and twice giving the media the post-round Heisman – it’s been an uncharacteristic run-up to Augusta, to say the least.

Sergio (-4%): It probably wasn’t a coincidence that Garcia made that birdie putt on the 72nd hole – his fate was already determined. Time and time again, he seems to shy away from the big moment.

Augusta’s 13th hole (-5%): Lengthening the hole seemed inevitable, with the big boppers taking their drives over the left trees and reducing it to a driver-wedge, but tweaking the greatest par-5 in the world still makes us uneasy.

Ryder Cup soirées (-7%): Heck, even the host was ambivalent about the impact of these get-togethers, which only bring more attention and pressure to the U.S. team. That the powers-that-be also snubbed Justin Thomas – one of the Americans’ brightest stars, the 31st-ranked player in the world and a winner last fall – was reason enough to seriously rethink what they’re accomplishing here, if anything.