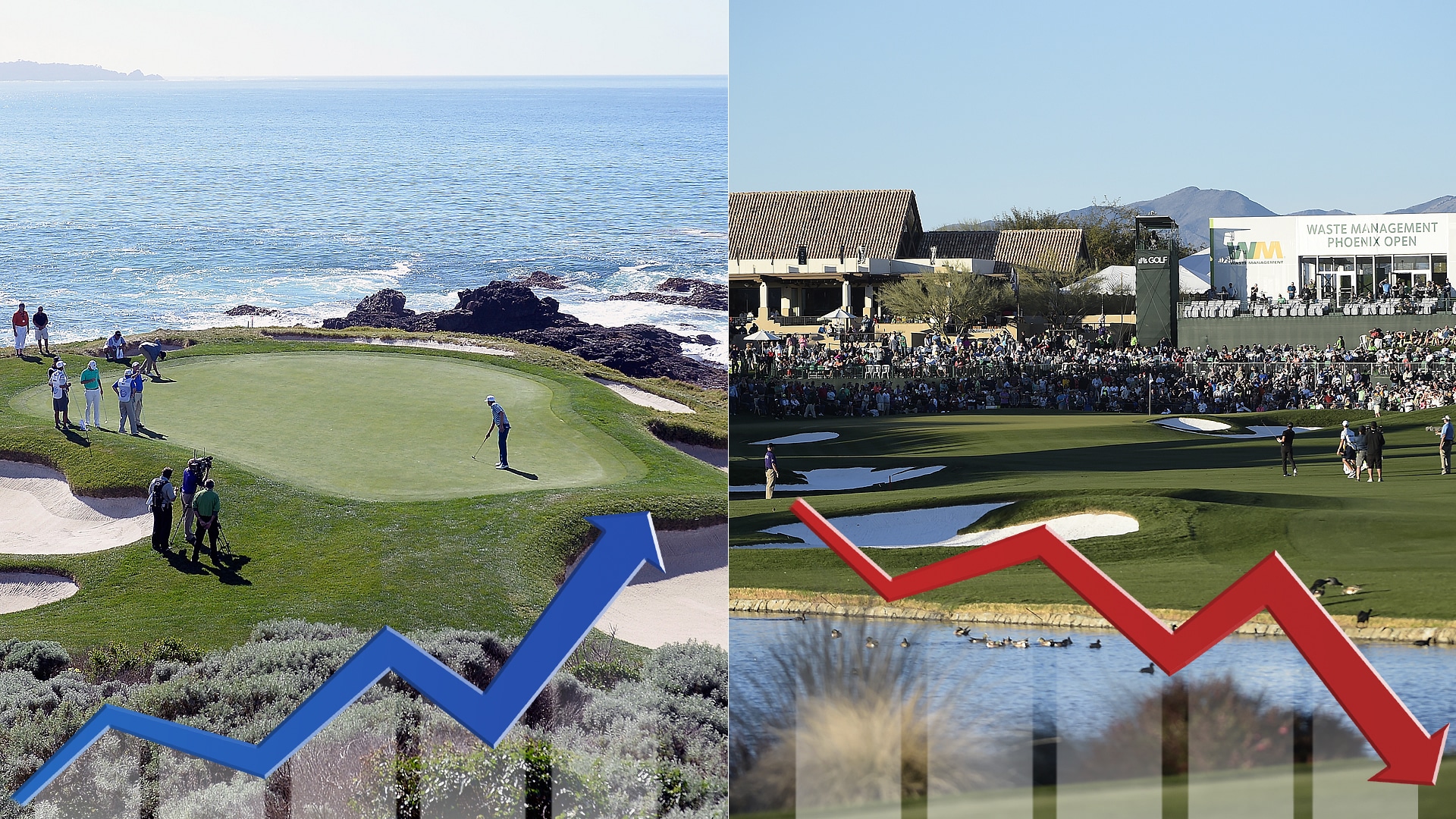 Hideki Matsuyama (+8%): His pace of play is dreadful, and his putting holds him back from consistently challenging golf’s top tier, but Matsuyama’s ball-striking is so pure that he will vacuum up plenty of titles over the next few years.

Danny Willett (+6%): The Englishman lives in contention these days, and now he is learning how to slam the door. The Olympics and Ryder Cup are squarely in his sights.

Pebble (+5%): One of the most picturesque courses in the world boasts its strongest field in more than a decade. That’s a win-win for everyone.

Ha Na Jang (+4%): Meet another South Korean with big potential. Not only does she have a bubbly personality, but Jang also showed plenty of grit while enduring a miserable final round in Ocala for her first LPGA title.

Brooke Henderson (+3%): What a revelation last week: The Canadian starlet can keep up with Lexi Thompson off the tee, despite her 5-foot-4-inch frame. We’re more convinced than ever that she’s the eventual challenger to Lydia Ko’s throne.

Beau Hossler (+2%): With two wins this season at Texas and now a resounding, six-shot victory at the Jones Cup – where he was the only player under par at the brutal Ocean Forest Golf Club – Hossler is one of the most pro-ready prospects in the game.

Ko (-1%): It was an inauspicious start to the new year, as she played a five-hole stretch around the turn in 5 over par and gift-wrapped the title to Jang. A rare slipup for the world No. 1.

Ian Poulter’s putting (-2%): During his second PGA Tour round of the year, he had already resorted to putting one-handed. That’s an ominous sign.

Rickie’s strategy (-4%): Look, you can’t knock his pressure-proof game – down the stretch, he pulled off all of the shots, again. But he made a major strategic error on 17, a hole that clearly has his number (nine career water balls!). With a two-shot lead, he must avoid the hazard – and a possible bogey – at all costs.

TPC Scottsdale (-5%): The last four holes are tremendous theater, but the recent changes to the course – including the tightening of some landing areas – have drained much of the fun out of the Tour’s annual birdie-fest. Shame.

Bubba (-7%): Watson erred by insulting the tournament and its fans – “I’m here because of my sponsors” – instead of focusing on his criticisms with the redesign. There was no way he would emerge from this unscathed, not after his previous acts of petulance.