Stock Watch: Phil rises even though he falls 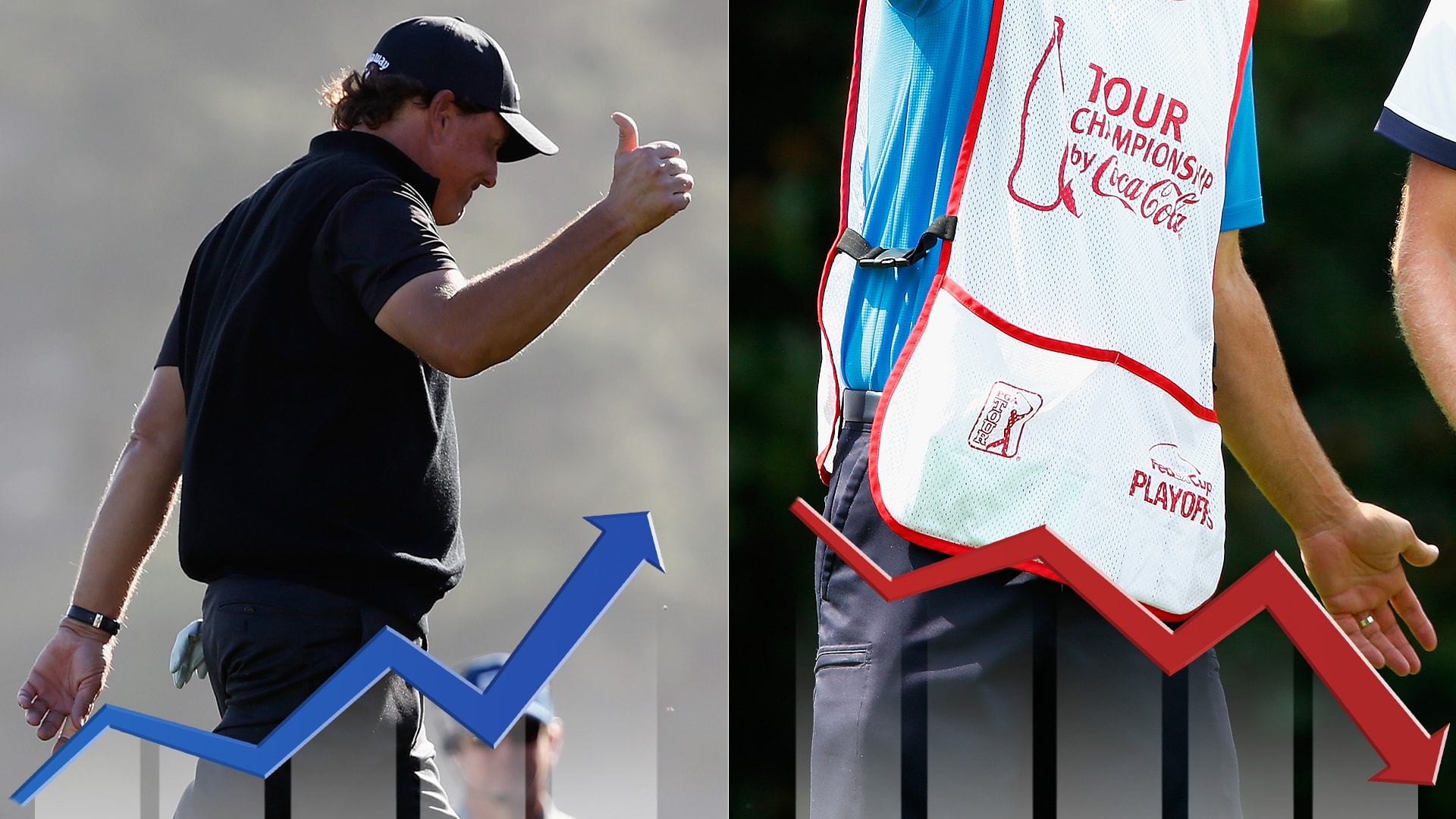 Phil (+6%): Pebble Beach underscored why the final chapter of Mickelson’s career is so fascinating: His talent and physical skills haven’t diminished, but can the 45-year-old hold it together mentally for four days?

Vaughn Taylor (+5%): He isn’t likely to set the world ablaze after winning the Clambake, but every now and then it’s refreshing to see how one great week – really, one great weekend – can change the fortunes of a 39-year-old journeyman.

Lydia Ko (+4%): Over the past two weeks, she has proved to be gracious both in defeat and in victory – after winning the New Zealand Open for her 15th pro title, she donated all of her winnings to her home country, which was rocked by an earthquake just before the final round.

East Lake (+3%): Reversing the nines for the FedEx Cup finale will produce more drama and excitement. Granted, that isn’t saying much – the old closing hole was a boring, 235-yard par 3.

Keith Pelley (+2%): The new European Tour CEO made good on his promise to call out the circuit’s slowpokes – in a tour press release, no less! The public shaming might not help speed up play, but it’s made the tour a lot more fun.

Charl Schwartzel (+1%): Eight of his 11 career Euro Tour titles have come in a four-month span between November and February. Or, in other words, when no meaningful golf is played.

Mike Weir (-2%): Credit the diminutive left-hander for continuing to put himself out there, but at this point his decline, precipitated by injury, is just sad. Rounds of 77-76-79 at Pebble led to his 19th consecutive missed cut or withdrawal, dating to fall 2014.

Exhibitions (-3%): Cool idea to stage a Rory-Rickie duel under the lights, but why water down the product with a celebrity team component? (Didn’t we suffer enough at Pebble?) There’s nothing more compelling than head-to-head match play, especially in primetime.

Caddies (-5%): Now that their lawsuit has been dismissed, they can focus on a more pressing issue with the Tour: improved workplace conditions.

Anchoring (-7%): It took Bernhard Langer a whopping three starts to earn his first victory since the ban was enforced – and he still used the long putter! Sorry, governing bodies, but there is life after anchoring, after all.