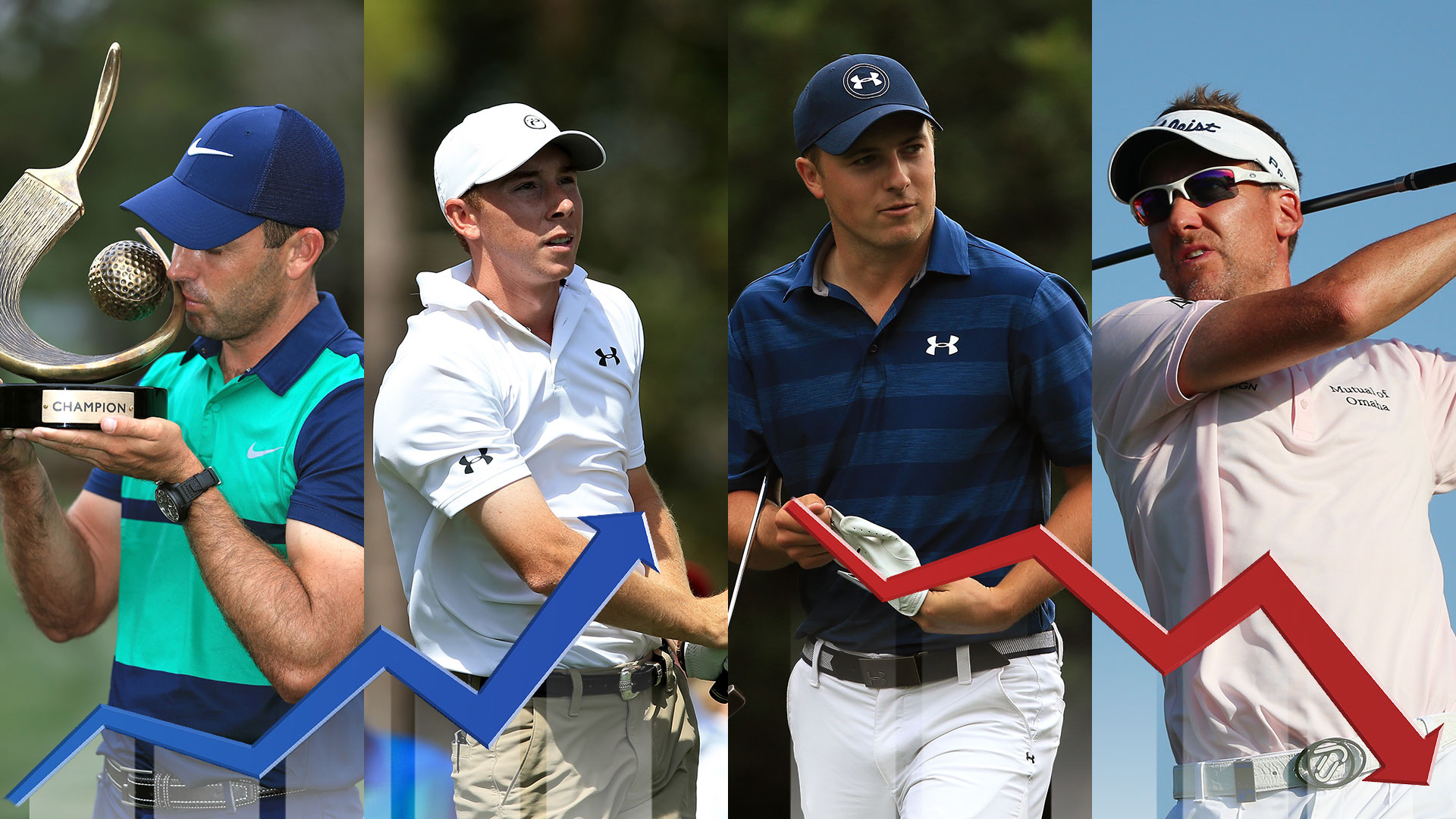 Charl (+7%): It’s baffling that Schwartzel has only a pair of wins in the States, but perhaps this hard-fought Valspar title will inspire a few of his sweet-swinging countrymen to break through here, as well.

Lee McCoy (+4%): Senior year of college is supposed to be the best time of your life, right? Well, what fortuitous timing for the Georgia senior, his star-making performance coming just a few months from turning pro. Hello, sponsors.

Scott Hend (+3%): How did the big bopper shake off a near-DFL finish at Doral? By shooting 18 under and winning in Thailand, of course.

Ryan Moore (+2%): He wasn’t able to avenge his loss last year in Tampa, but he added his fifth top-11 in seven starts this season. Moore is a good bet this week at Bay Hill, too.

Arnie (+1%): A bummer that the living legend won’t hit the ceremonial first tee shot at Augusta, but he’s reportedly in good spirits, improving health and still plans to attend the Masters and Champions Dinner. Hopefully we’ll see him pipe one down the middle in ’17.

Jordan Spieth (-1%): In one of his final tune-ups for Augusta, the world No. 1 seemed fatigued, playing poorly two of the four rounds and getting cranky on social media and with his caddie. He regrouped by … flying immediately to New York City for a whirlwind media tour. Sigh.

Ian Poulter (-3%): The worst thing that happened last week wasn’t that he failed to qualify for the WGC-Match Play. After he unsuccessfully tried to get a heckler removed from the Valspar, Poulter – who is 40 years old – later tattled on the fan on Twitter.

Graham DeLaet (-4%): The Canadian went the Joe Namath route, only to go birdie-less in the final round. Perhaps he should shave the beard as penance.

Pro adjustments (-7%): Want to throw these guys off their game? It doesn’t take 500-yard par 4s. Just slow down the greens. A lot.