Stock Watch: Scott back on the rise 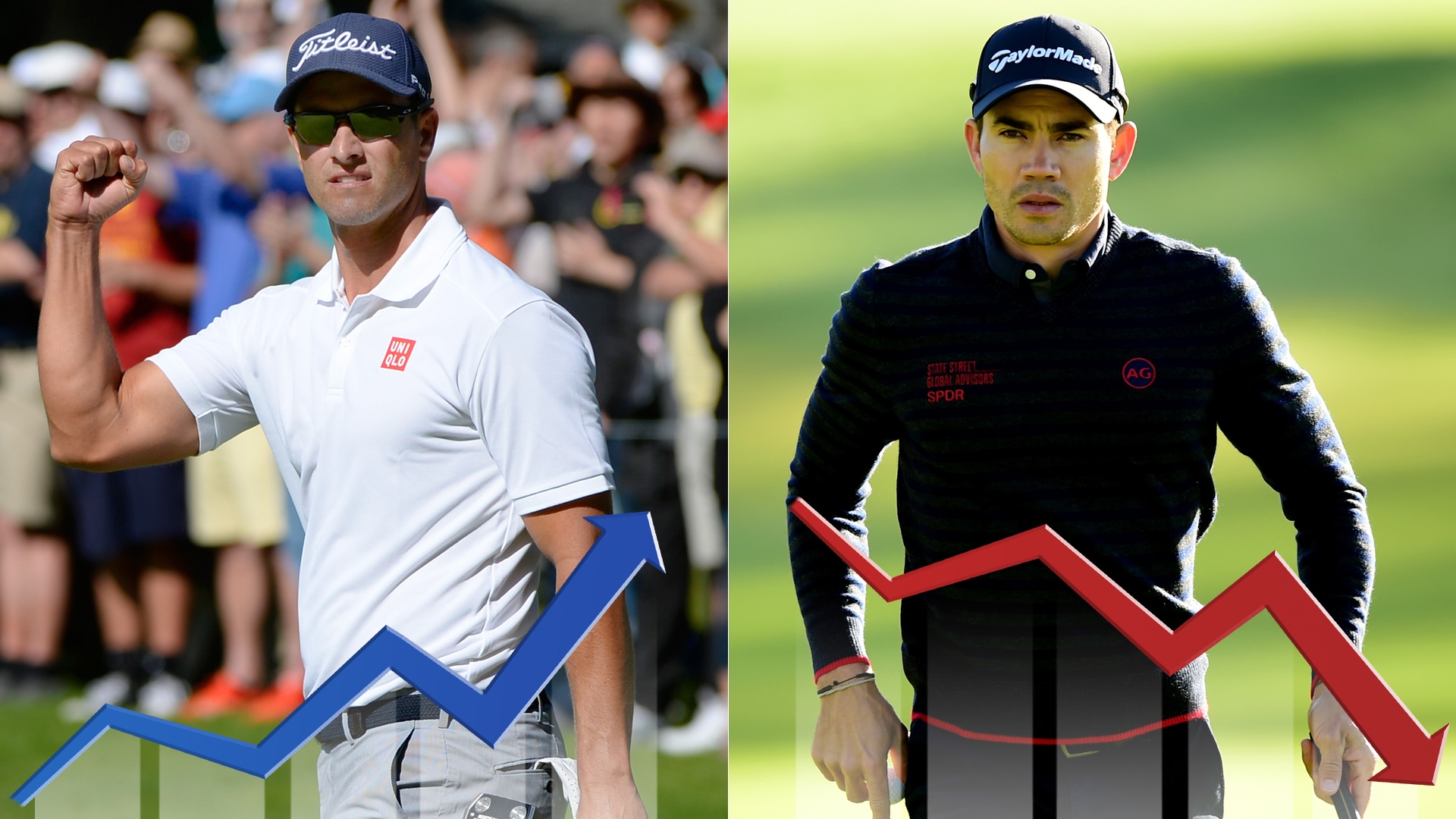 Bubba (+8%): Complicated but simple, irritable but affable, Watson’s solo act is the most fascinating in golf.

Veterans (+3%): Seemingly left for dead after the invasion of young stars a year ago, the 30-somethings captured five of the seven events during the West Coast swing.

Turnberry (+1%): R&A chief Martin Slumbers says it’s still on the rota, for now, but unlikely to nab another Open before 2022. That’s about the best Trump could have hoped for.

Tiger (+/-???%): Depending on which report you believe, Woods is either unable to move freely or he’s preparing for a mid-summer return. Yes, we’re confused, too.

Riviera’s 10th (-1%): Without a doubt it is the most interesting par 4 in the world, but at what point does the hole venture into goofy-golf territory? Players are intentionally launching tee shots into the trees to give themselves the best chance to make 4.

Jordan and Rory (-2%): Their showdown in Tinseltown fizzled early, with Spieth bombing out with an opening 79 and then McIlroy plummeting out of contention by playing a 10-hole stretch in 6 over. Augusta ready, not yet.

Camilo Villegas (-4%): Remember when he scared the course record at Riviera? Neither do we – he didn’t shoot a round in the 60s the rest of the week en route to a tie for 37th. At least he made his first cut of the year.

Soomin Lee (-6%): The latest South Korean hotshot has already turned heads on the Asian and European tours, but his late collapse at the Maybank Championship – where he double-bogeyed the 70th and 72nd holes – could haunt him for a while.