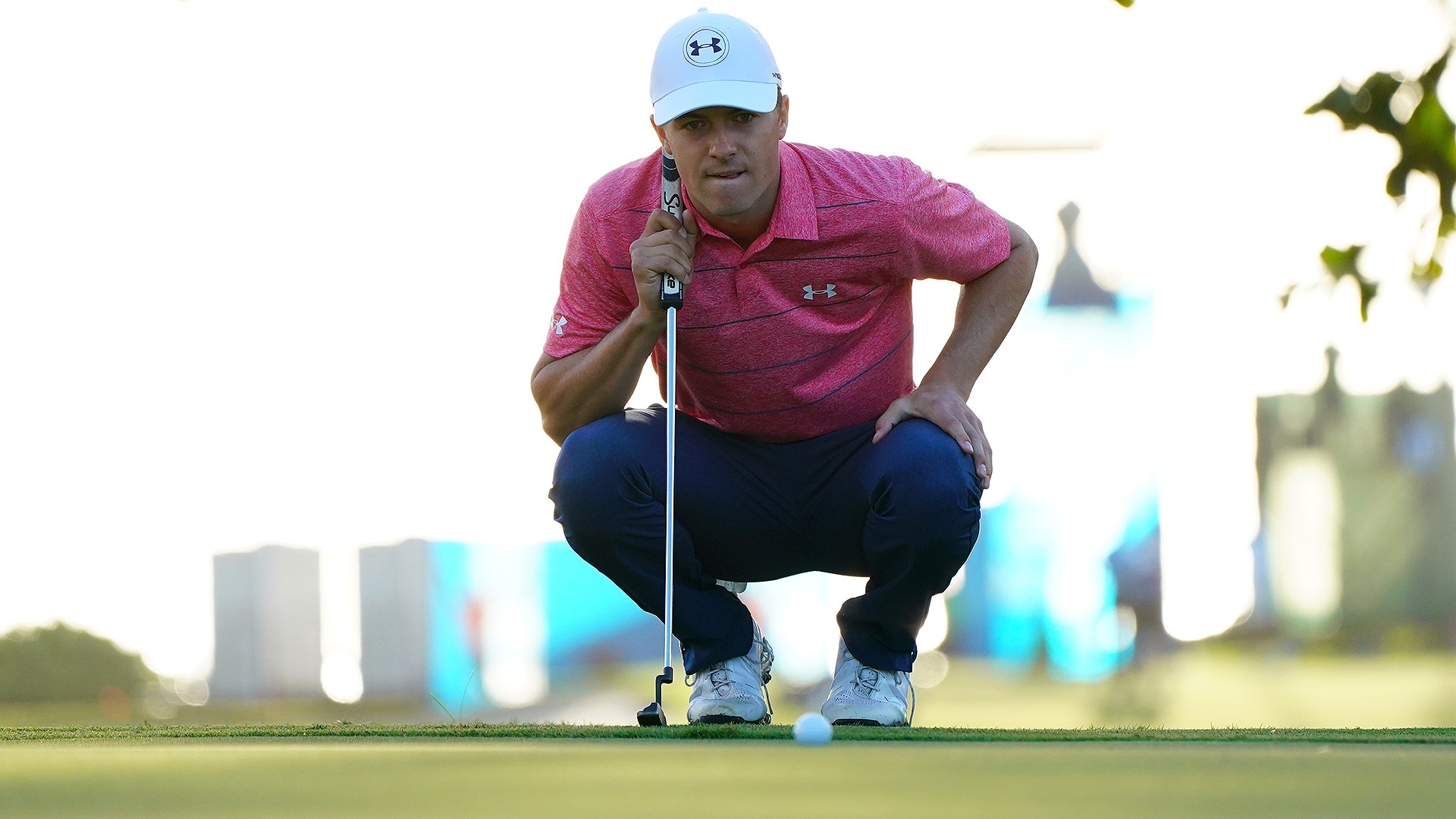 Patton Kizzire (+8%): By today’s accelerated standards, he’s a late bloomer, having reached the Tour at age 29. Well, he seems right at home now, with two wins in his last four starts.

Rory (+7%): Coming off the longest break of his career, McIlroy should have no excuses this year. He’s healthy. Focused. Motivated. It’s go time.

Chris Paisley (+5%): The best part about his breakthrough European Tour title that netted him $192,000? With his wife, Keri, on the bag, he doesn’t have to cut 10 percent to his caddie – she gets the whole thing.

Brooke Henderson (+3%): A seventh-place finish at the Diamond Resorts Invitational doesn’t sound like much for a five-time winner, but this came against the men – on a cold, wet, windy, 6,700-yard track. She might be the most fun player to watch on the LPGA.

New European Ryder Cuppers (+2%): In something of a Ryder Cup dress rehearsal, newcomers Tommy Fleetwood and Tyrrell Hatton each went undefeated in leading Europe to a come-from-behind victory at the EurAsia Cup. The competition come September will be, um, a bit stiffer.

Jordan’s putting (-1%): You can sense his frustration in interviews, and why not? In two starts he leads the Tour in greens in regulation … and ranks 201st (!) in putting. Here’s guessing he doesn’t finish the year there.

Brian Harman’s 2018 Sundays (-2%): The diminutive left-hander now has five consecutive top-10s, and he’s rocketing up the Ryder Cup standings, but you can’t help but wonder how much better the start to his year might have been. In the final pairing each of the past two weeks, he’s a combined 1 under in those rounds and wasn’t much of a factor.

Tom Hoge (-3%): Leading by one and on the brink of a life-changing victory – he hadn’t been able to keep his card each of the past three years – Hoge made an absolute mess of the 16th, taking double bogey despite having just 156 yards for his approach. At least now he’s on track to make the playoffs for the first time.

Predicting James Hahn’s form (-4%): OK, we give up: He’d gone 17 events without a top-15 before his win at Riviera; 12 before his win at Quail Hollow; and seven before he lost on the sixth playoff hole at Waialae. The margins between mediocre play and winning apparently are THAT small.

Barnrat (-5%): Coming in hot with four consecutive top-10s, and one of only two team members ranked inside the top 50 in the world, Kiradech Aphibarnrat didn’t show up at the EurAsia Cup, going 0-3 for the week. In hindsight, the Asian team had no chance without his contributions.