ST. ANDREWS, Scotland – It has become a rite of passage for first-time Open Championship participants and Robert Streb had no problem taking his turn under Tom Watson’s wing this week at the Old Course.

Streb, who is playing his first Open and lives close to the five-time Open champion in Kansas City, took advantage of his Midwest roots to arrange a practice round with Watson on Tuesday.

“He’s obviously had a great track record over here,” said Streb, who scorched the Old Course on Thursday with a 6-under 66 to move himself into contention.

Watson, who is playing his last Open this week, has become a mentor to younger players in recent years at the game’s oldest championship, playing practice rounds with the likes of Brandt Snedeker and Streb.

Of all the advice Watson gave on Tuesday, Streb said it was on the iconic Road Hole where he learned the most.

“The best thing I got was try not to hit it too far into the green on 17,” said Streb, who made par on the penultimate hole. “Just try to get it up there on top and take your two putts and leave.” 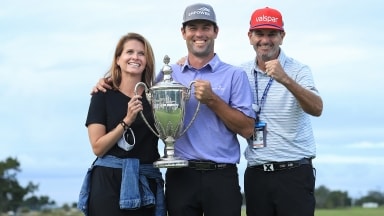 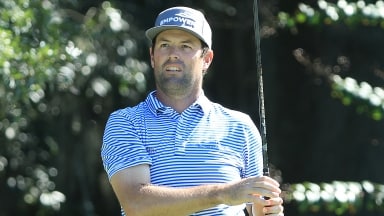