Stricker: Assistant Tiger wants 'back in the mix' 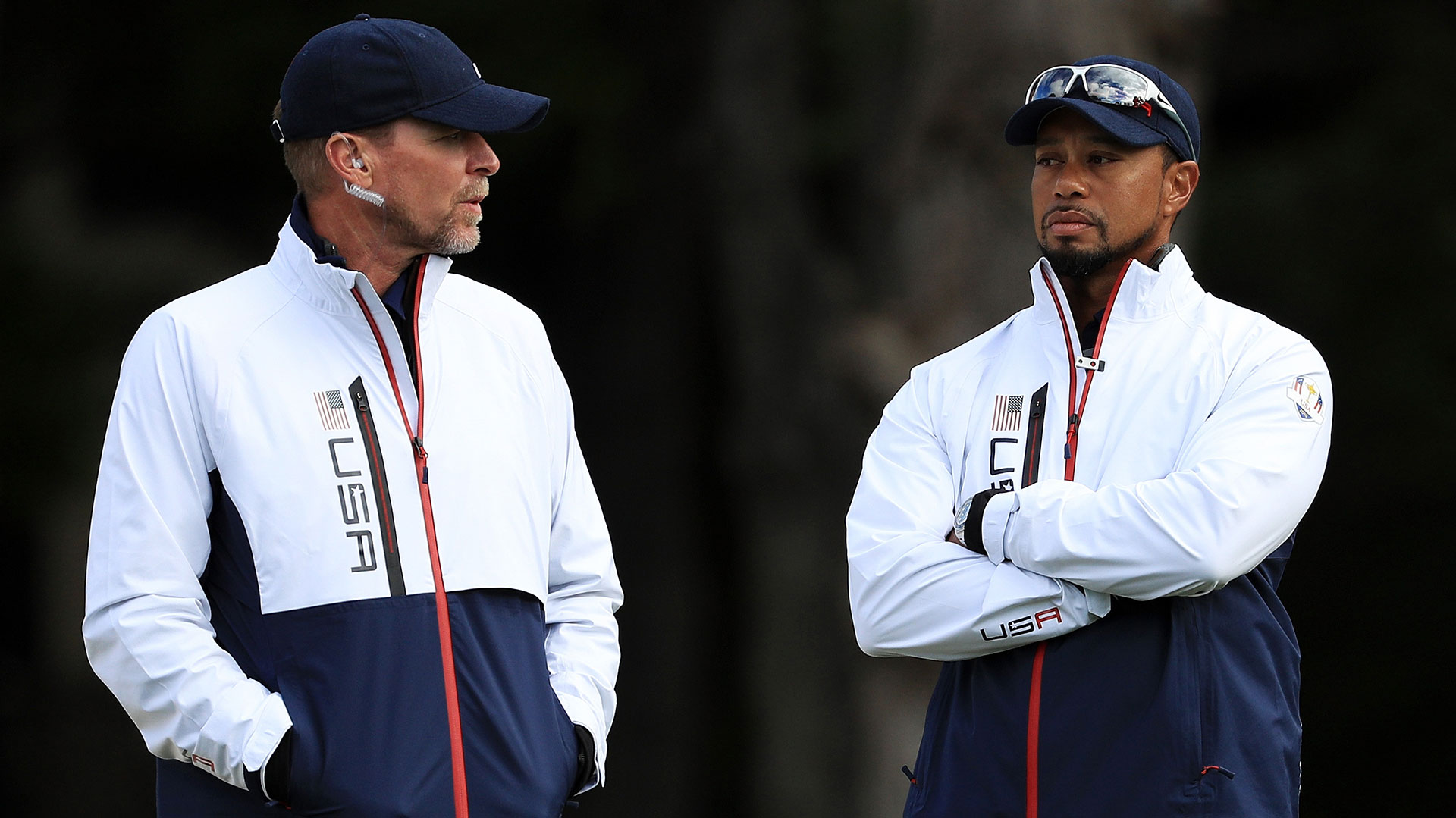 Woods served as a vice captain to Davis Love III last year at the Ryder Cup and will be one of Steve Stricker’s assistants next month at the Presidents Cup.

Although Woods’ influence on the U.S. team has been beneficial, his attendance at Liberty National next month wasn’t assured following a fourth back surgery in April that has kept him from playing on the PGA Tour since January.

“I talked to him a few times, just to make sure he’s good and still coming [to the Presidents Cup],” Stricker said. “A couple of months ago, he wasn’t feeling well enough to come, now, he is, he said.”