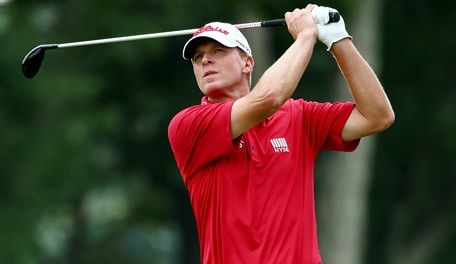 “Can’t say enough about Steve and his respect and honor that he brings to our team,” Haas said at the WGC-Bridgestone Invitational. “Great representative and also in the team room, his experience is going to be invaluable for us going forward.”

Stricker has played in five prior Presidents Cups, including each of the last four editions of the biennial event.

“I’m honored that Jay asked me to join the U.S. team as one of his captain’s assistants,” Stricker said in a statement. “I absolutely love the team atmosphere of the Presidents Cup and would have been sad to miss out on it for the first time in a decade, especially on such a momentous occasion as the event being played in Asia for the first time.”

Stricker has made only eight starts this year following hip surgery in December, with his best result a T-27 finish at the Crowne Plaza Invitational in May. While he is currently 83rd in the U.S. points race, Haas did leave open the possibility that Stricker could play his way onto the team, a run that would need to begin next week at the PGA Championship.

“Hopefully he’ll get hot here and make the team outright,” Haas said. “But if he does not do that, one way or the other he’s going to be in Korea for us.”