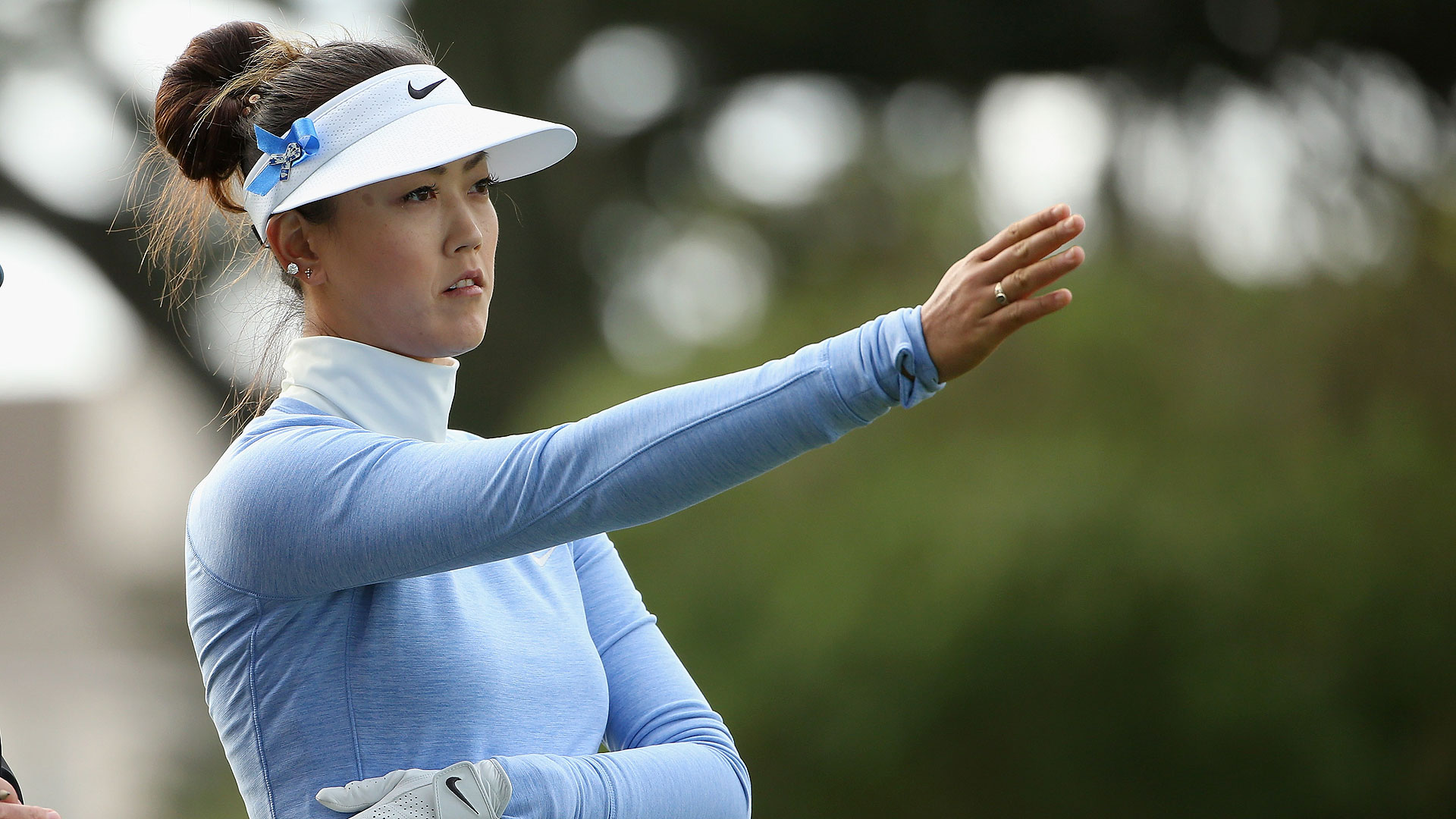 SAN MARTIN, Calif. – Two years ago, Michelle Wie reached the zenith of her career to date.

She towered at the top of her sport winning at Pinehurst No. 2.

It seems a long time ago now with Wie looking to stop her free fall in the world rankings and rebuild her confidence.

While the test the U.S. Women’s Open will offer at CordeValle Golf Club this week will challenge that work, Wie is relishing what this event means to her and what the West Coast represents to her. A Stanford graduate who went back to visit her alma mater Sunday, Wie feels like this area is her second home.

Wie soared to No. 6 in the Rolex Women’s World Rankings after her victory at Pinehurst. She toppled out of the top 100 this week, falling three spots to No. 102. In the 50 LPGA events Wie has played since her U.S. Women’s Open victory, she has recorded just one top-10 finish, and that was the week after the victory. She has missed the cut or withdrawn in seven of her last nine starts.

“It's definitely been a struggle this year,” Wie said. “Not the year that I had planned, but I still have half the year left. It's very early in July, and I've been working on my game. I've just been trying to build confidence. I'm still having fun out there. That's the most important thing, just keep grinding, keep believing in myself. And I know I'm going to turn it around.”

There have been a series of well documented injuries since her U.S. Women’s Open victory, but they don’t fully explain where she’s at today. While she struggled through a stress fracture in her index finger shortly after winning at Pinehurst, then battled hip, knee and ankle injuries most of last year, and then neck spasms this spring, she says she’s healthy now.

Wie’s tinkering with her swing is well documented, too. Since her U.S. Women’s Open victory, she has altered her swing countless times. So much so, that swing coach David Leadbetter urged her at year’s start to commit to sticking with a more flowing, natural swing with a fuller turn.

Today, Leadbetter said Wie’s challenge is more mental than physical, as much about confidence as technique.

“Just looking back at 2014 swings, and figuring out how I can get back to that swing, how I can get back to that comfortable feeling, has been my No. 1 priority,” Wie said. “Also, just making sure that I'm pain free this week. I feel pretty good. And definitely health is the most important thing for me, and, mentally, as well. I know that I can actually produce that same swing, finally, without any pain. So hopefully that will get me going, as well.”

“I've been slowly building my confidence back,” Wie said. “Even though the results haven't been showing it, I do feel I'm making a lot of forward progress. Like I said earlier, with my body, as well, just really getting to the point where I can enter the week pain free. That was the most important thing for me.”

Though she limped through last year’s U.S. Women’s Open at Lancaster Country Club with knee, hip and ankle pain, Wie put together an admirable effort. She finished 11th. She’ll be looking for that kind of resolve again this week, something she can build upon.