S.Y. Kim could add to her island titles 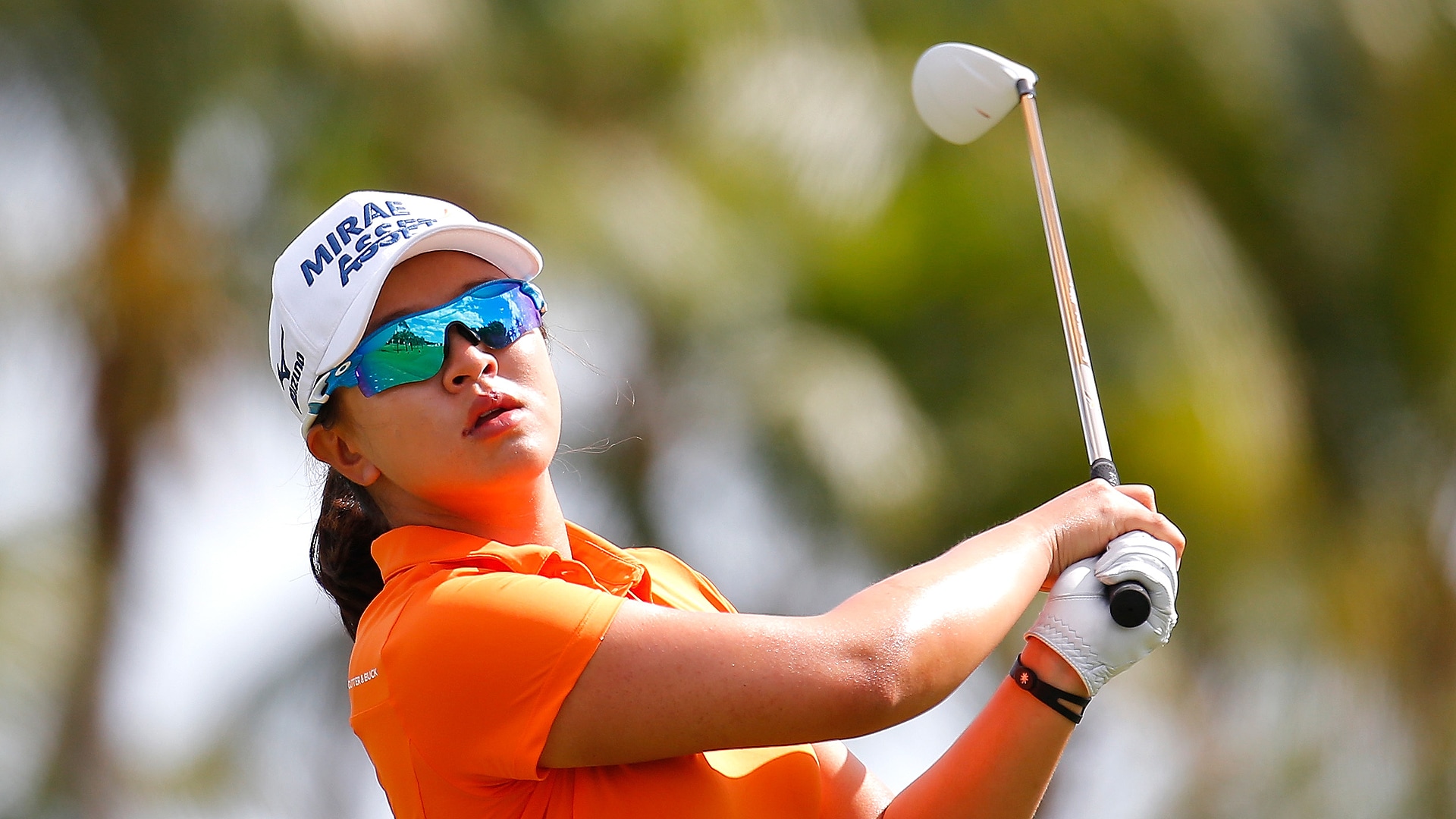 The Island Queen maneuvered into position to extend her domain.

Sei Young Kim, the defending champion at the Pure Silk Bahamas Classic, shot a 4-under-par 69 Saturday and sits one shot off the lead going into the final round at the Ocean Club on Paradise Island. All three of Kim’s LPGA victories in her rookie year last season came on islands and she said all five of her Korean LPGA titles came in island settings.

“Yeah, very exciting,” Kim said. “I have one more chance. Yeah, I have a shot tomorrow, so I do my best tomorrow.”

Kim, 23, said she will do her best Sunday to emulate another player she admires.

Kim looked like she was taking command in the Bahamas on Saturday, taking sole possession of the lead on the back nine before hitting her third shot into a hazard at the 16th. She made double bogey. She holed an 8-foot putt there to avoid a triple bogey.