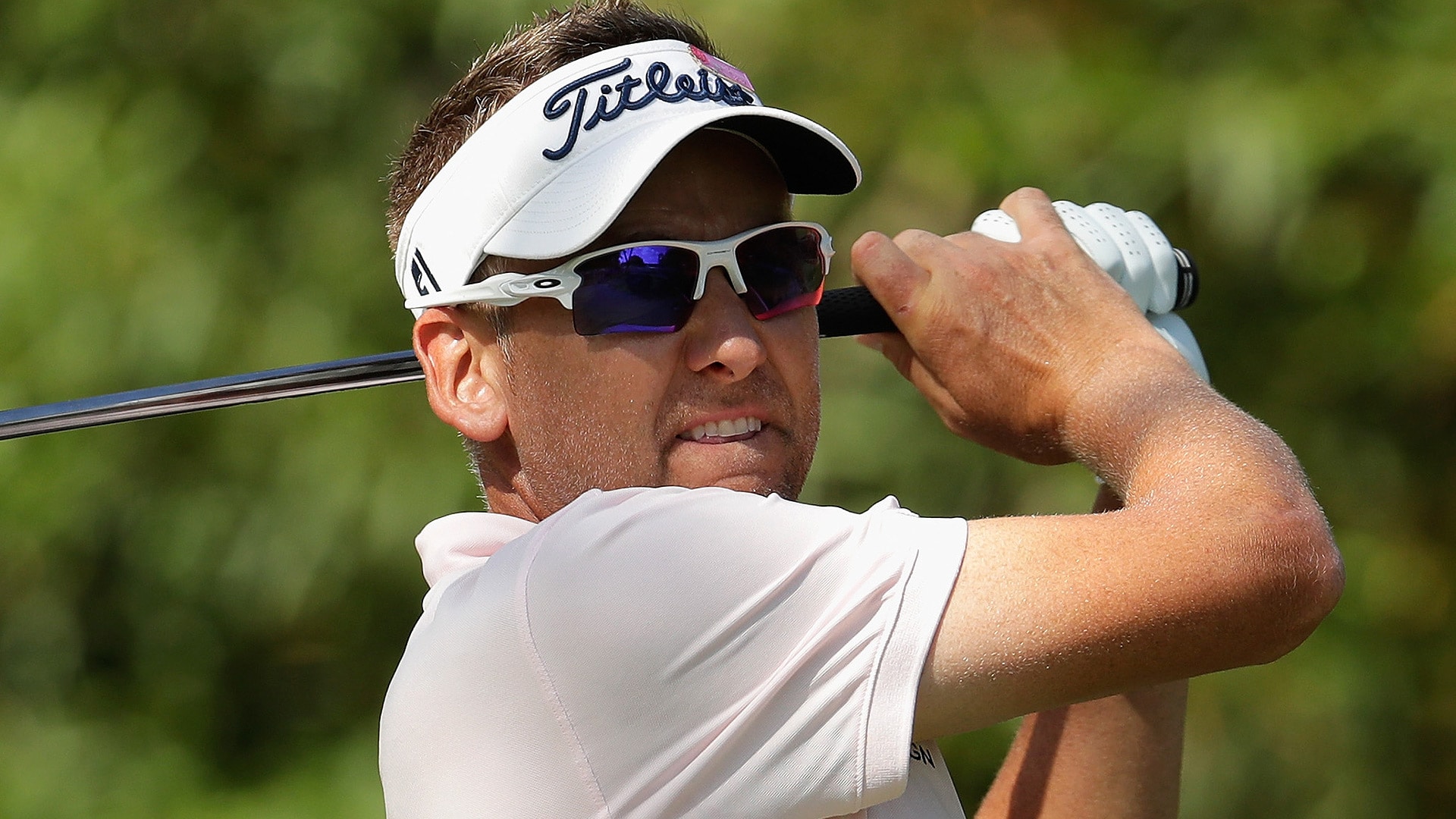 PONTE VEDRA BEACH, Fla. – Despite turning into a 10-handicap in the middle of the 18th fairway, Ian Poulter managed to salvage a runner-up finish at The Players Championship that should clear up any issues with his PGA Tour status for the foreseeable future.

Poulter began the final round at TPC Sawgrass in a tie for fifth, and he was alone in second place until he shanked his final approach shot wide of the gallery and into a palm tree. After taking an unplayable lie, Poulter hit a magnificent wedge from 115 yards off pine straw that nearly went in the hole.

The subsequent tap-in bogey gave him a final-round 71 and allowed him to snag a share of second place alongside Louis Oosthuizen, three shots behind Si Woo Kim.

“It was a big shock to the system to hit one of those nasty shanks when I’ve hit it as good as I have all week,” Poulter said. “But the fourth shot was pretty special, from one of the worst shots I’ve ever hit to one of the very best. It’s nice to close it out, it’s nice obviously not to compound an error with another one.”

Poulter’s streak of 39 straight holes without a dropped shot ended when he bogeyed No. 12 to fall two shots off the lead. He opted to lay up from 238 yards on the par-5 16th after driving into the right rough, but failed to make birdie and wasn’t able to cut into Kim’s advantage after hitting his tee shot to 35 feet on No. 17.

It was only three weeks ago that Poulter believed he was out of a PGA Tour card and would not be playing in the circuit’s flagship event. But thanks to a points correction surrounding his major medical extension, the Englishman was granted a last-minute spot in this week’s field.

Poulter began the week at No. 136 in the FedEx Cup standings, but after his second runner-up on the Stadium Course he moved to No. 58. The jump means he has essentially locked up his Tour card for the 2017-18 season and can finally breathe easy after months of scheduling uncertainty.

“I guess it’s been a roller-coaster ride. There’s been a lot of interesting things happen in the last 18 months which haven’t been very helpful for playing golf,” he said. “To have two, three weeks ago been in a position where I wasn’t playing The Players and potentially didn’t have a card to play, and was looking to write letters to Jack (Nicklaus) for Memorial and all those great tournaments that I’d like to play in, things change pretty quick with good golf. And that’s what I’ve done this week, I’ve played good golf.”