Following four eventful days at the WGC-Dell Technologies Match Play, his to-do list has expanded dramatically. His 4-and-2 victory over Ross Fisher assured the 38-year-old from Japan will move into the top 50 in the Official World Golf Ranking on Monday, earning him an invitation to Augusta National.

“There wasn't any tournaments in Japan, so I had to go overseas to play a lot of tournaments. And I'm really happy with the results I'm having right now,” said Tanihara, who will play world No. 1 Dustin Johnson on Sunday’s in the semifinals.

Next up for Tanihara is a push to play for the International team at this year’s Presidents Cup. He’s currently 13th on the points list; however he finishes on Sunday at Austin Country Club, he will move up that list.

“I actually didn't have it in my mind at all. But after this week a lot of people are talking about the Presidents Cup,” said Tanihara, who also finished tied for 32nd earlier this month at the WGC-Mexico Championship. “If I can get in, I'll be really happy to play for the International team.”

Tanihara has never played in the Presidents Cup. 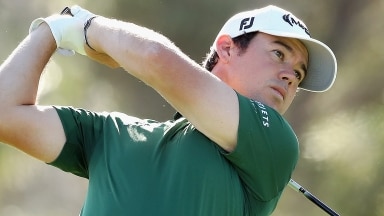 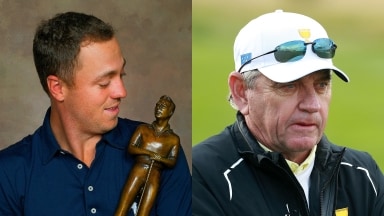 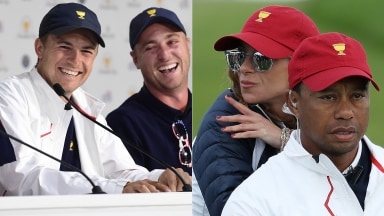 The Social: Are you not entertained?

The Presidents Cup might have been a blowout, but there were plenty of giggles in the media center and guessing outside the ropes.