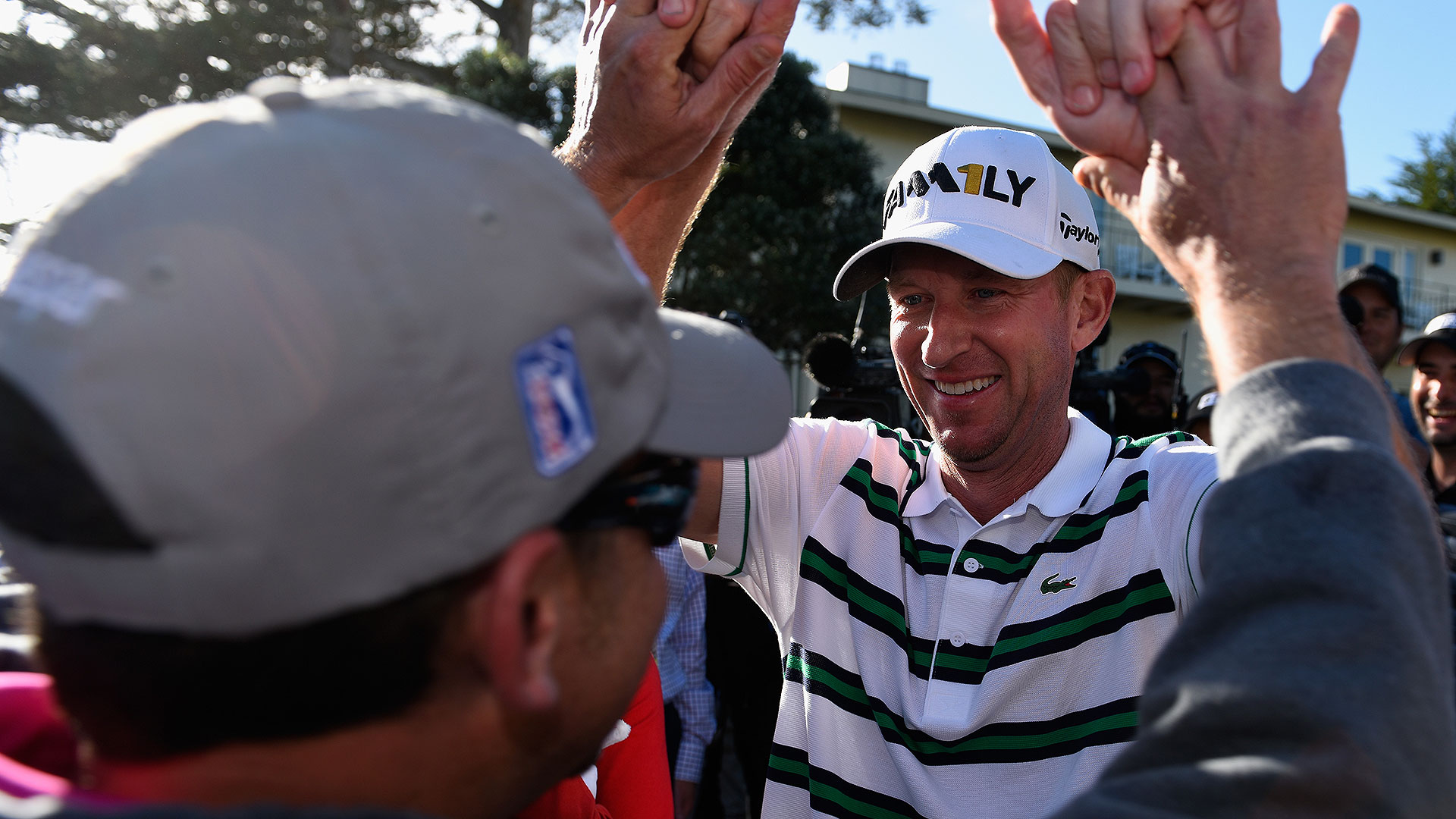 Vaughn Taylor is back inside the top 100 in the Official World Golf Ranking and Phil Mickelson is again a top-20 player.

Taylor defeated Mickelson to win the AT&T Pebble Beach Pro-Am on Sunday, and moved from 447th to 100th in the world. He hasn’t been ranked this high since the beginning of the 2008 season.

Mickelson started the week at 29th in the OWGR and rose to 20th after his runner-up showing at Pebble. Third-place finisher Jonas Blixt went to 125th, from 198th, while Hiroshi Iwata and Freddie Jacobson each cracked the top 100 thanks to both tying for fourth. Iwata went to 91st, from 121st, and Jacobson to 94th, from 136th.

On the European Tour, Charl Schwartzel picked up 12 spots with his latest South African win. His victory at the Tshwane Open move him to 31st.

Jordan Spieth remained No. 1 in the world, but Jason Day jumped Rory McIlroy for the No. 2 spot. McIlroy was idle, while Day finished T-11 at Pebble Beach. The only other movement inside the top 10 was Branden Grace bumping Jim Furyk down to 11th. It’s Grace's first entrance into the top 10 and the first time since the summer of 2014 that Furyk has not been a top-10 player.

And on the Tiger Woods front, he is now ranked 444th.