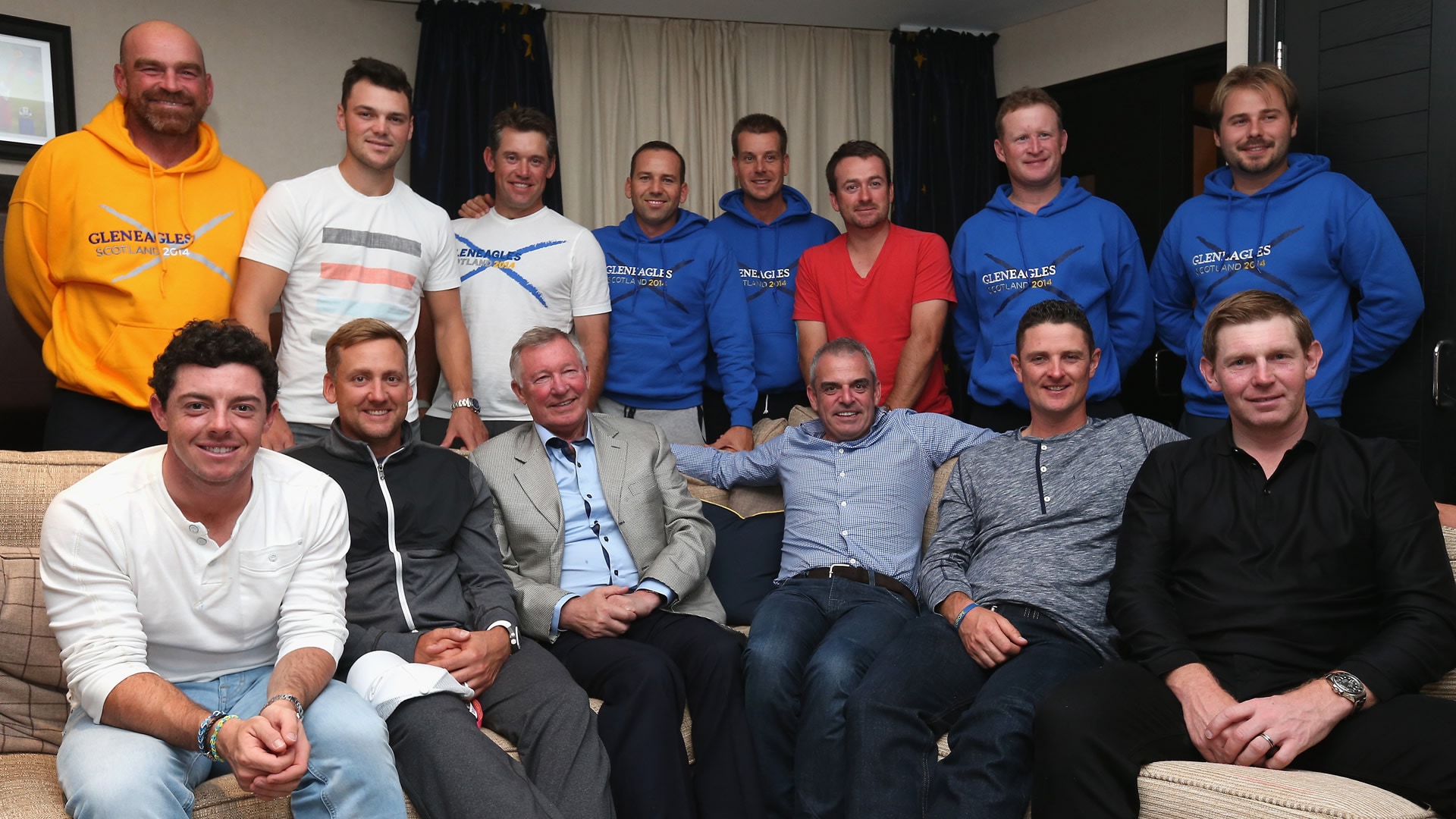 Potential members of this year's U.S. Ryder Cup team had dinner Thursday night at Jack Nicklaus' house. The gathering reportedly included players inside the top 40 in the points standings. Twitter account @NoLayingUp tweeted to @RyderCupEurope, the official Team Europe Twitter account, "are you scared yet," pointing out some of the less notable names in attendance at the dinner.

Team Europe responded with a photo of the 2014 team (prior to its victory) and the caption: "we're ready." 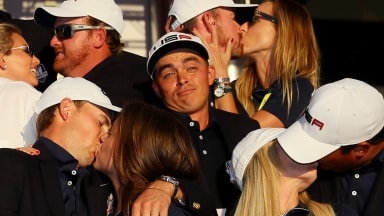 One of the most memorable images from the Ryder Cup two years ago happened when it was over. Rickie Fowler is hoping to avoid that this time around. 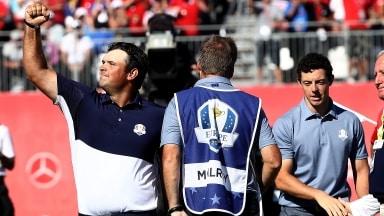 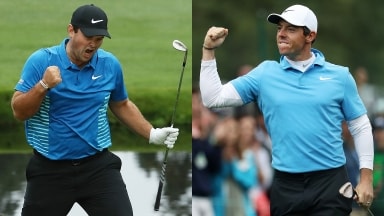 Sunday's final Masters pairing of Patrick Reed and Rory McIlroy could be a reprise of one of the most spirited Ryder Cup matches ever.