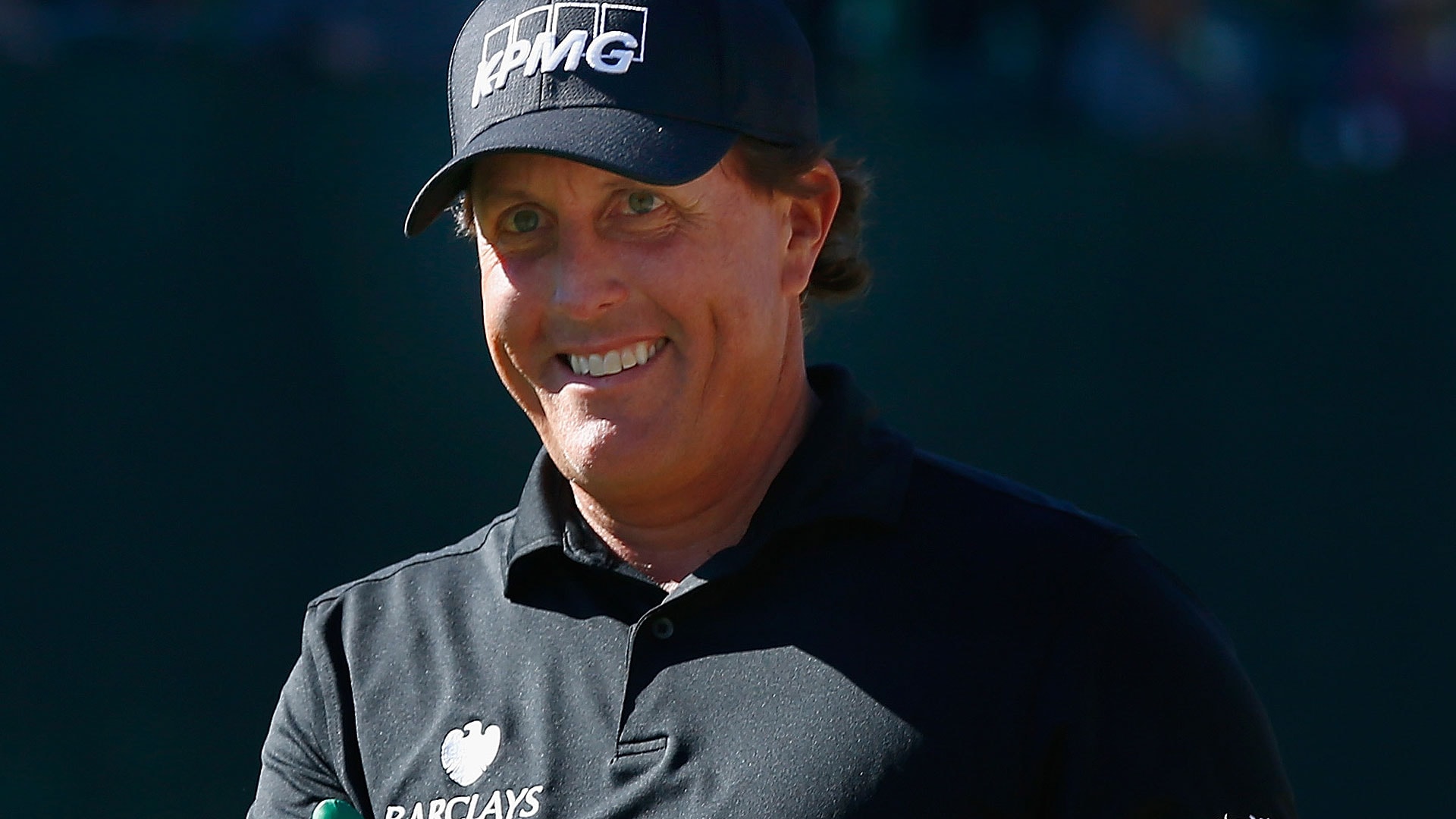 SCOTTSDALE, Ariz. – Phil Mickelson's second shot on the par-5 15th Saturday was so far left his ball landed on the 11th fairway. His caddie, Jim "Bones" Mackay, couldn't give him a yardage.

"Surprisingly, Bones, when he walks the course, comes up with a few of those yardages," Mickelson said. "I have been known to be in some odd places, and he tends to have some kind of number on that."

In case you want to make a note for next year, Bones, your man had 62 yards to the hole. But it didn't matter. Mickelson hit a great pitch shot to 15 feet and drained the putt for his first birdie of the day (he started on No. 10).

"That was a terrible shot," Mickelson said. "It was the worst shot of the year, and I ended up making a birdie."

Lefty added five birdies coming in and finished with a bogey-free 65.

That was the good news.

The bad news is Mickelson will begin the final round five shots behind Danny Lee, and a Sunday charge will be tough without some help from Lee after Tom Weiskopf beefed up TPC Scottsdale before last year's tournament.

“It's a lot harder to catch somebody,” Mickelson said. “I don't know what the number is going to be tomorrow. I just know that I'm starting to play well. There is a lot of holes here where you simply cannot get the ball within 15, 20 feet. So it's going to come down to the putter."