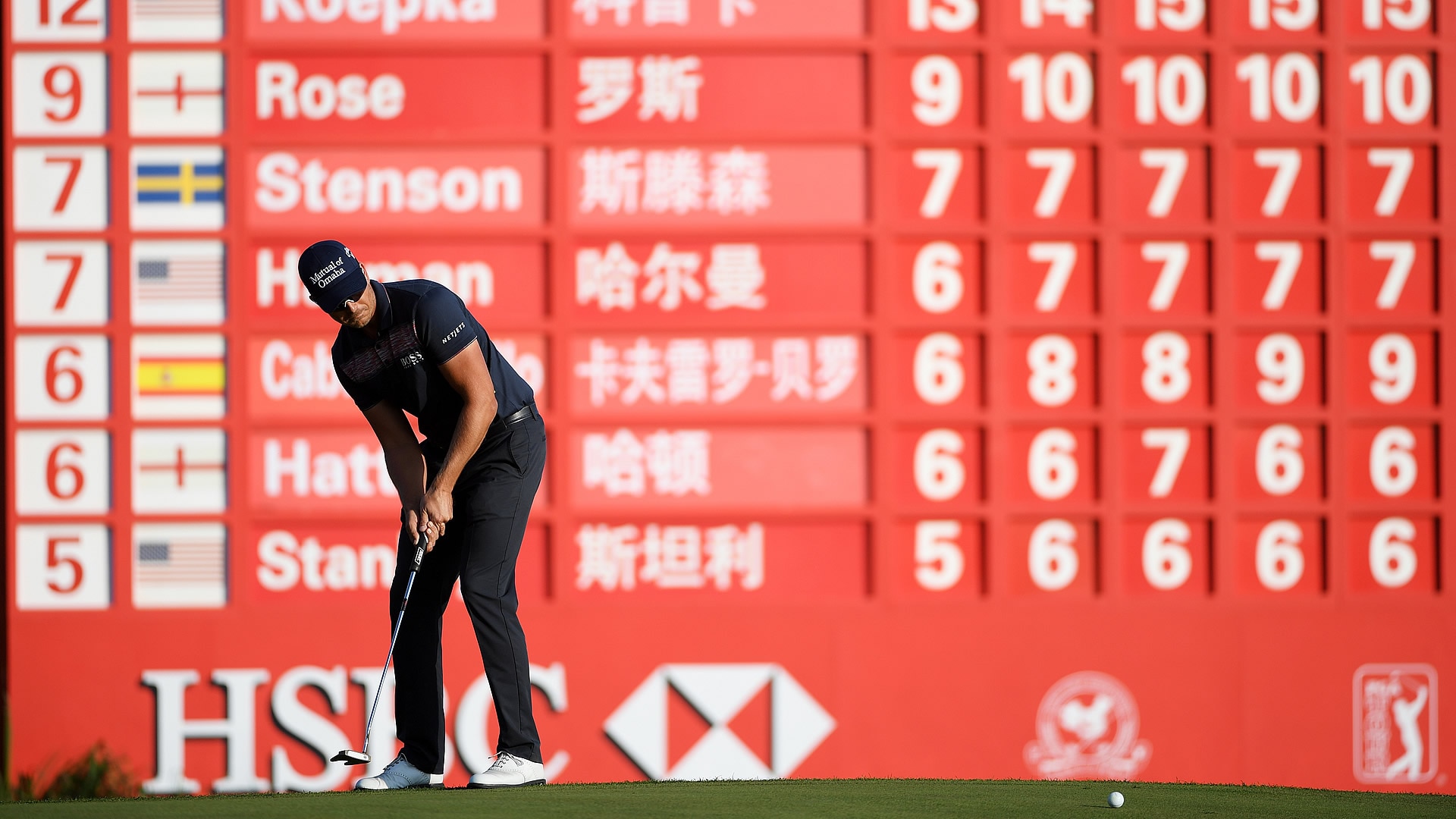 Dustin Johnson's name may not be etched yet for the second time on the WGC-HSBC Champions trophy, but Henrik Stenson believes that tournament officials can get started at any time.

Stenson is making his first start since the BMW Championship, and he battled windy conditions Saturday to shoot a third straight sub-70 round at Sheshan International Golf Club. He sits alone in third place at 10 under, one shot behind Brooks Koepka, but he's still seven off the pace set by Johnson who appears poised to repeat his 2013 triumph in China.

The Swede got off to a slow start in the third round, making the turn in 1 over. But he battled back with four birdies on his inward half, including circles on Nos. 16 and 17 and a par save on the home hole to remain one shot ahead of Justin Rose and Brian Harman.

Stenson won earlier this year at the Wyndham Championship, and while he still plans to remain aggressive during the final round he offered a realistic assessment of his title hopes in light of the dominating performance authored by the world's top-ranked player through three rounds.

"I've got a game plan how to play my best or what I think is my best on this golf course, and I'm going to stick to that," Stenson said. "But if Dustin keeps on playing the way he's done this week, I think it's going to be a one-man show tomorrow. But you never know, tough winds, and this golf course has a couple of holes where you certainly can have a number. It's never over until it's over."