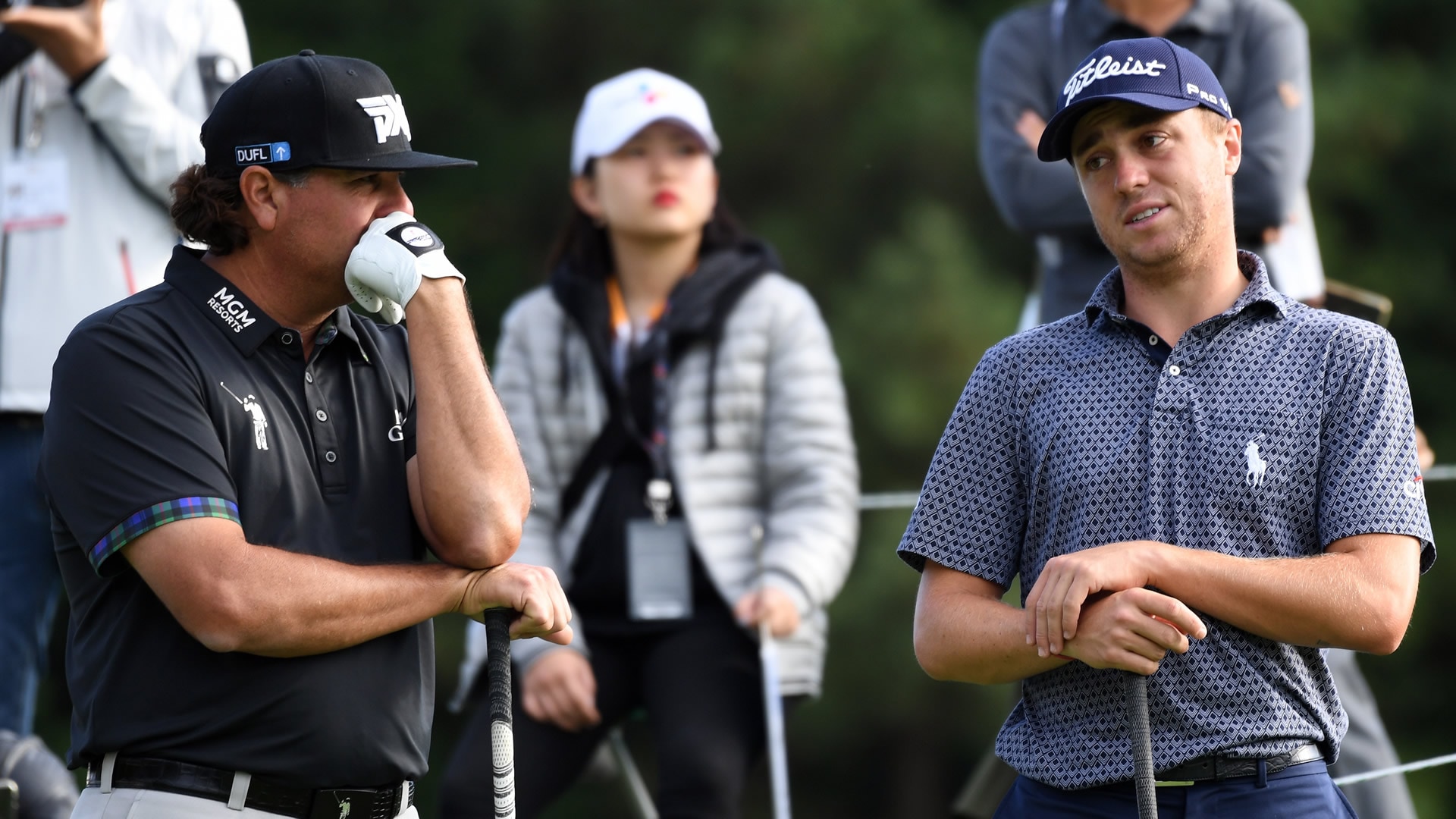 Justin Thomas shot a 9-under-par 63 to take a three-shot lead after the first round of the inaugural CJ Cup at Nine Bridges.  Here's how things stand after 18 holes in the first PGA Tour event in South Korea:

What it means: After finishing T-17 while trying for a three-peat in last week's CIMB Classic, Thomas is back to the form that made him last season's FedExCup champion and PGA Tour Player of the Year.

Round of the day: Starting on the back nine, Thomas bogeyed his first hole and parred his second. From Nos. 12-18, however, he went eagle, par, birdie, birdie, birdie, birdie, eagle. That run, which produced a first nine of 29, included a holed-out bunker shot on No. 15.

Best of the rest: Five players shot 6-under 66. Leishman was treading water at even par after making three birdies and three bogeys on the front nine, but exploded on the back with four birdies and an eagle for 30.

Biggest disappointment: Pat Perez shot 69, which seems like a perfectly serviceable score, but after making the turn in 31, he failed to birdie any holes on his second nine, instead making two late bogeys for 38.

Shot of the day: Thomas holed this bunker shot for birdie at No. 15:

Storyline going into Round 2: There'll be more jockeying for position in the 78-player, no-cut field. Former world No. 1 Jason Day will be looking to build on his first-round 68. And there is plenty of motivation for the 16 South Korean players in the field.