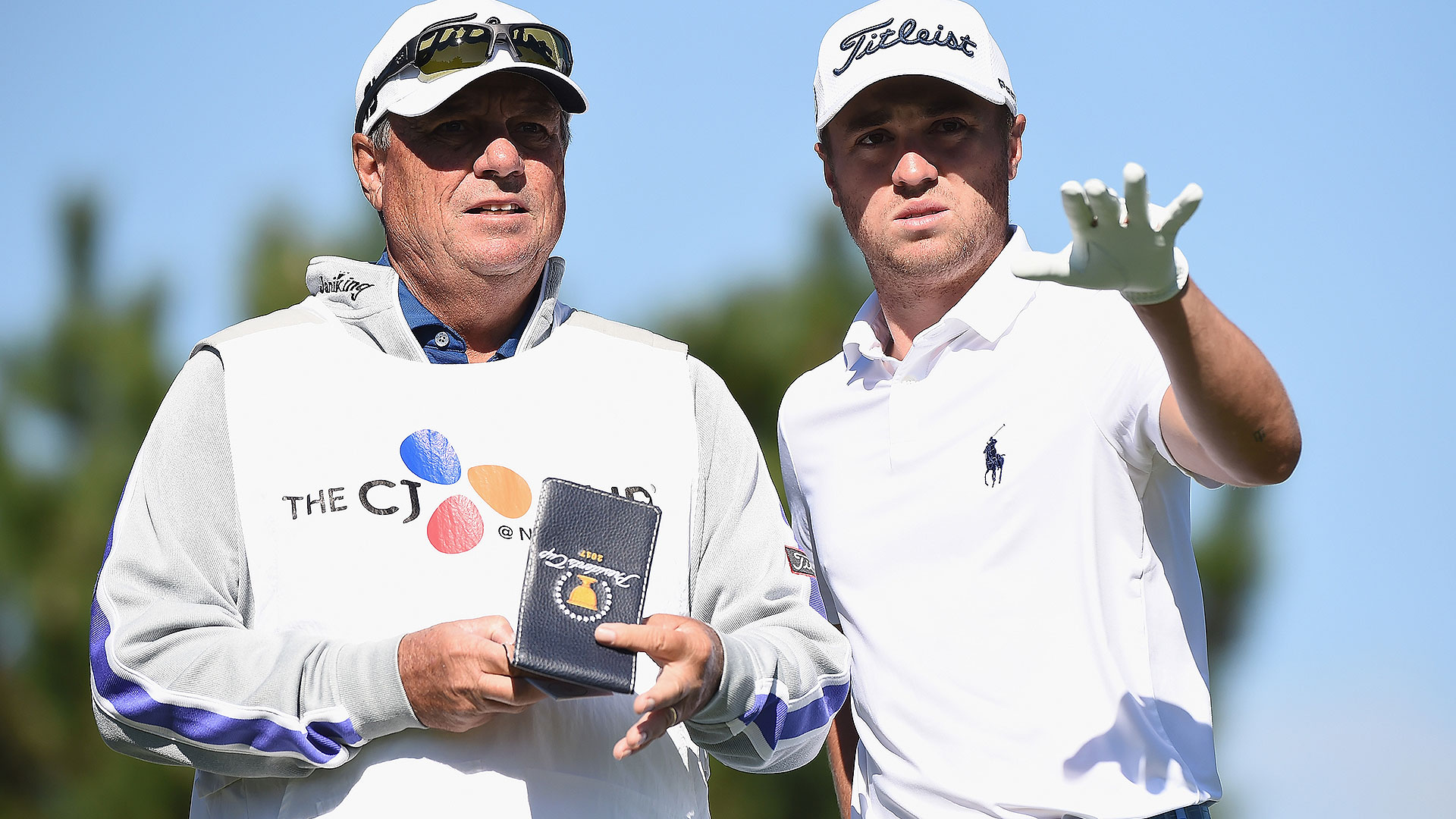 Justin Thomas righted the ship on Moving Day and is tied at the top of the CJ Cup leaderboard with Scott Brown after 54 holes. Here's how things stand heading into Sunday at the first PGA Tour event in South Korea:

What it means: Thomas, the reigning FedExCup champion and PGA Tour Player of the Year, is the odds-on favorite going into Sunday, but with 15 players within five shots of the lead, anything is possible. Among those pushing Thomas and Brown for the title in South Korea will be proven winners Marc Leishman, Lucas Glover and Paul Casey.

Round of the day: This honor has to go to Thomas after a second-round 74 left everyone who has watched him over the last year scratching their heads. Instead of letting the bad round get to him, the 24-year-old rebounded with a 2-under 70 that included five birdies - his final one coming on 18 and giving him the co-lead through 54 holes.

Best of the rest: While JT’s round was the best considering the circumstances, Byeong-Hun An’s card featured the lowest number, a 5-under 67. On a day when much of the field struggled to get under par, An was 1 under on the front before closing with a ridiculous rally - birdieing five of his final seven holes, including three in a row on Nos. 14 through 16. The red-hot round has the 2009 U.S. Am champ sitting four shots of the lead and within striking distance of his first worldwide win since 2015.

Biggest disappointment: In search of his first PGA Tour win and sitting on the solo 36-hole lead, Luke List stumbled on Moving Day with a 4-over 76. The 32-year-old got off to a rough start bogeying three of his first six holes and never recovered. Although he added back-to-back birdies on Nos. 8 and 9 to go out in 37, he faltered coming home with two double bogeys to fall back into a tie for eighth with just 18 holes to play.

Shot of the day: Thomas has been known to hit some monster drives, but he took it to another level on the par-5 12th hole Saturday, cutting the corner and getting a lucky bounce off the cart path with this 461-yard bomb off the tee:

Storyline going into the final round: All eyes are on Thomas. The 24-year-old hasn’t exactly had his best form the last two days after an opening 63, but he’s been good enough to keep his name on top of the leaderboard with three rounds in the books. If Thomas brings his A-game Sunday he’ll be tough to beat, but there’s a host of challengers ready to pounce if he stumbles.