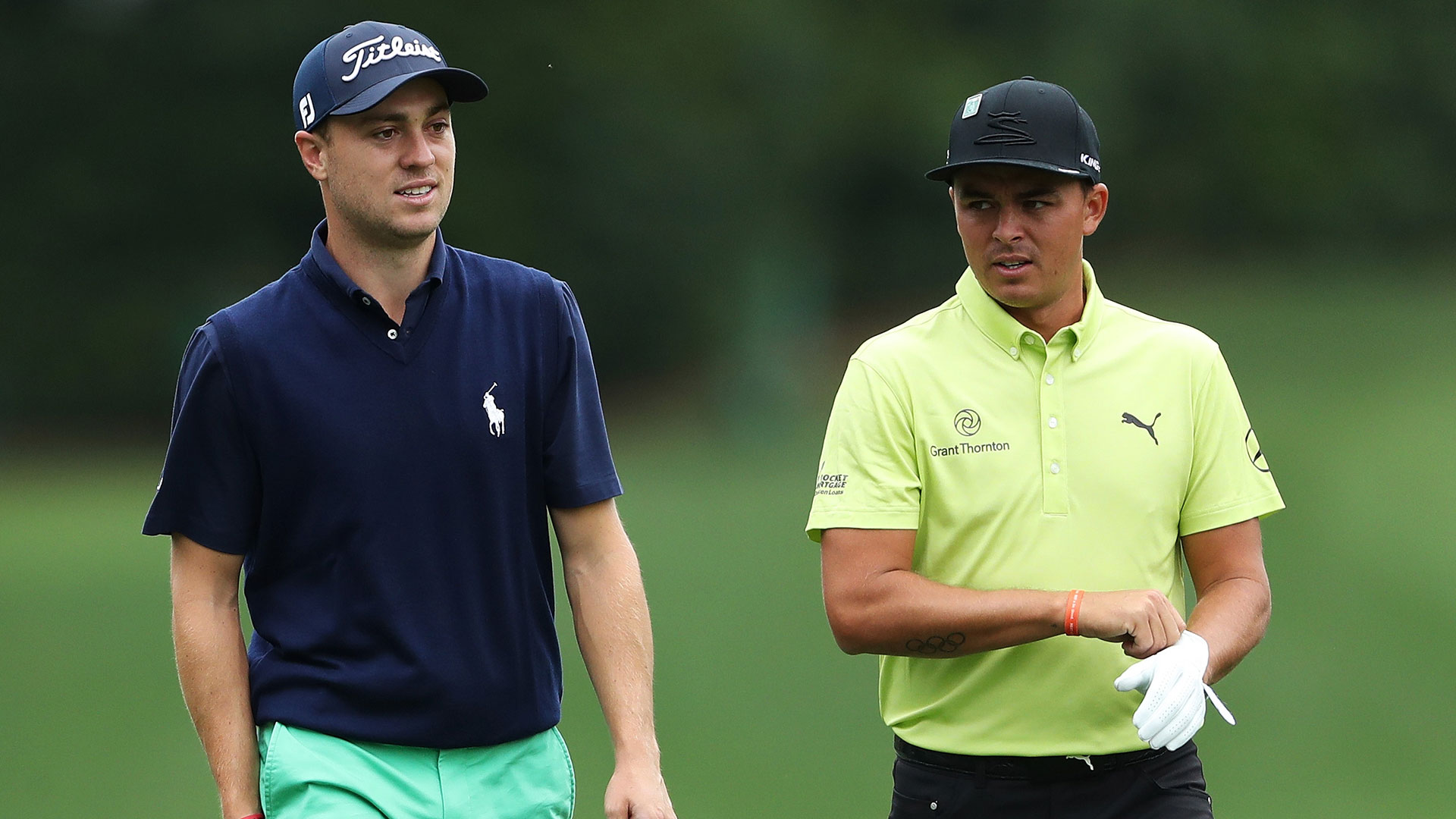 CHARLOTTE, N.C. – Rickie Fowler put his backup putter to good use Friday – by giving it to Justin Thomas.

After Thursday’s round, Thomas was “so desperate in terms of how [he] was feeling over the putter” that he asked his good buddy and playing partner Fowler if he had an extra backup on hand at Quail Hollow, where Thomas picked up his first major victory at the PGA last August.

Fowler always carries around a replica of his gamer, but he also had a second backup, a Scotty Cameron Newport 2, which Thomas messed around with on the practice green early Friday morning.

“I didn't actually see him until about 10 minutes before our tee time and he said he was going with it,” Fowler said. “I told him after he hit his first tee shot, ‘Well, you're kind of stuck now.’”

Thomas, who normally putts with Cameron’s Futura X5, has switched to his own backup in the past, “but my backup even felt so bad in my hands, I just had to do something else,” he explained.

Thomas rolled in his longest putt of the week when he made birdie from 24 feet on the 16th hole and he shaved his putts per green in regulation from 21 on 10 to 21 on 13.

“It was good to see him roll it better with it. I thought he made some good strokes out there,” Fowler said. “I never want to get in the way of his putting or whatever he's doing, but we always try and help each other out. Like I said, I thought he made a lot better strokes today than he did yesterday.”

Asked if he’ll let Thomas keep the putter, Fowler capitalized on an easy chance to needle his friend.

“Keep it? Well, he only lives a few hundred yards down the street, so it won't be too far away. But if he keeps making putts, I might have to take it back,” he joked. "I'm not sure if I want [that]. But no, we'll see what he does. I know he goes back and forth sometimes, hits some with the Newport-style head. If he wants to keep using it, [he can] keep using it, but he's stuck with having my name on the back of it.”