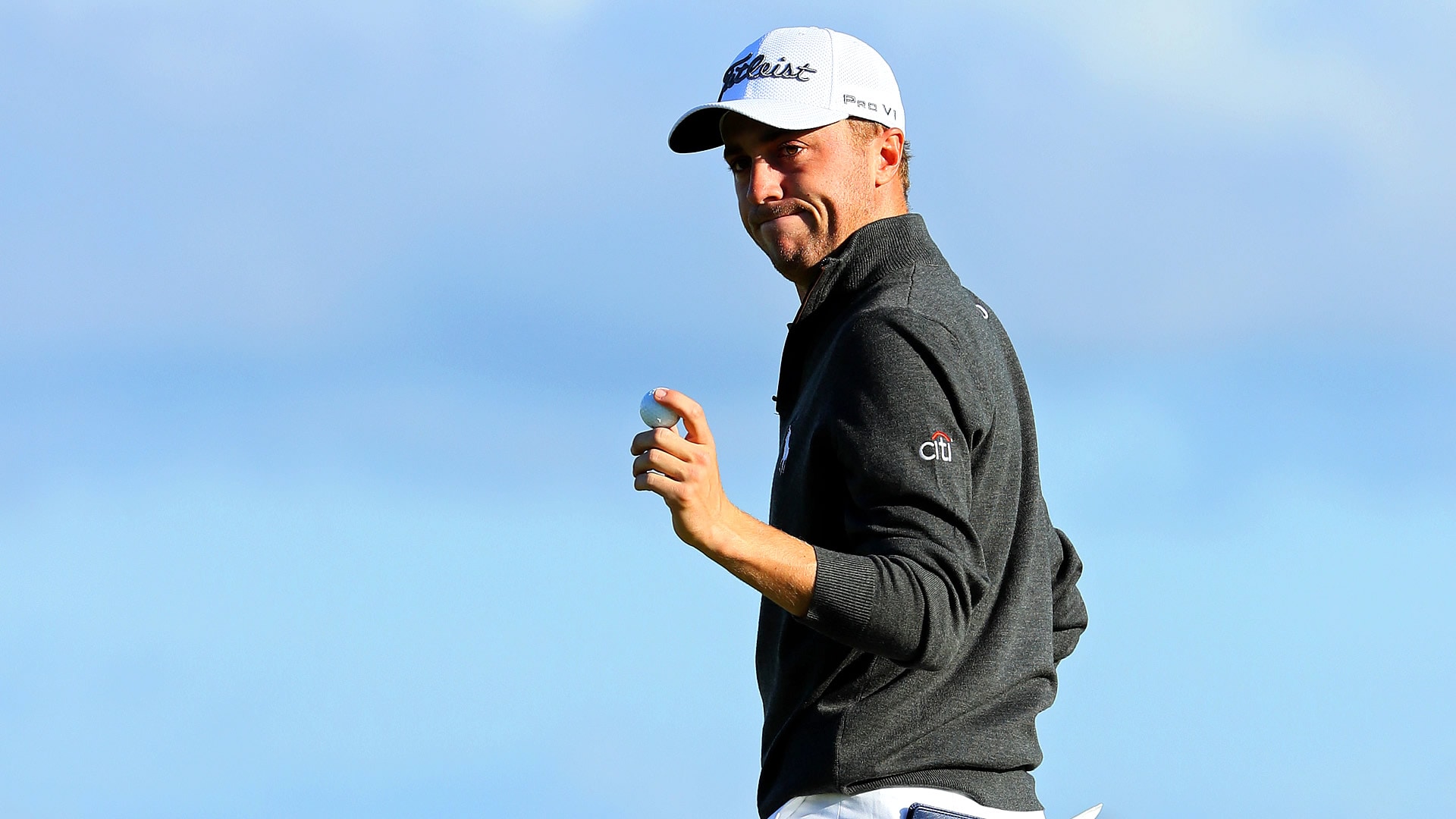 TROON, Scotland – Justin Thomas is staying in the Alpha Sigma PGA fraternity house this week, or something similar to it. He’s bunking with Jordan Spieth, Zach Johnson, Rickie Fowler, Jimmy Walker, Jason Dufner and their chef for the week, and as usual, all of their shenanigans can be found on Snapchat.

So far, they’ve played a three-hour baseball game in the backyard.

They’ve binged on movies like “Tommy Boy,” “The Equalizer” and “The Other Guys.”

They’ve gorged on brisket tacos, steaks, and chicken and cheese quesadillas. (“Typical Americans,” Thomas joked. “We want to stick with what we know and don’t try anything.”)

And before Johnson returned the claret jug to the R&A earlier this week, Thomas took one final swig of red wine out of the trophy.

“It tasted a lot better out of there, for some reason,” he said.

Thomas is getting his first taste of The Open this week, and he shot an opening 4-under 67 Thursday that included a double bogey.

The 23-year-old from Kentucky doesn’t have much links-golf experience, having only played the 2012 Palmer Cup at Royal County Down and the European Tour’s Dunhill Links in ’13.

But he sure didn’t look like a rookie in the opening round, when he started with four consecutive birdies and turned in 31. “It kind of gave me a little bit of a cushion for the rest of the day,” he said.

Though he made double on the difficult 15th, Thomas knocked his final approach to 5 feet to sit just one shot off the clubhouse lead.

“I would hope I didn’t surprise myself,” Thomas said. “But anytime you can shoot 4 under the first round of a major, I would say it’s pleasing more so than surprising.”