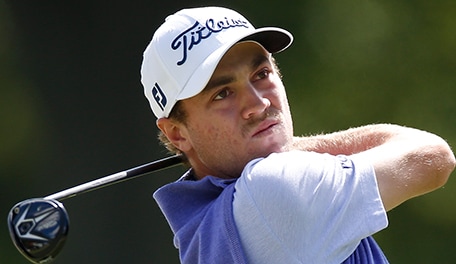 Thomas, 21, had already locked up his PGA Tour card for the 2014-15 season, after finishing fifth on the Web.com money list. This playoff victory over Richard Sterne will help not only his confidence but also his priority ranking, as he moved up to fourth on the list.

Sterne led by as many as three shots coming down the stretch, but he made three consecutive bogeys on Nos. 15-17 to drop into a playoff. On the first extra hole at Ohio State University's Scarlet course, Thomas wedged to 3 feet while Sterne hit his second shot to 30 feet.

Still, Sterne did more than enough to secure his Tour card for next season. He will skip next week's finale.

Thomas is one of the early favorites for the 2014-15 PGA Tour Rookie of the Year. He outdueled Jordan Spieth for national college player of the year in 2012, turned pro last fall and recorded seven top 10s on the developmental circuit this season, his first full year in the pros.