Thompson bombing her way up the leaderboard 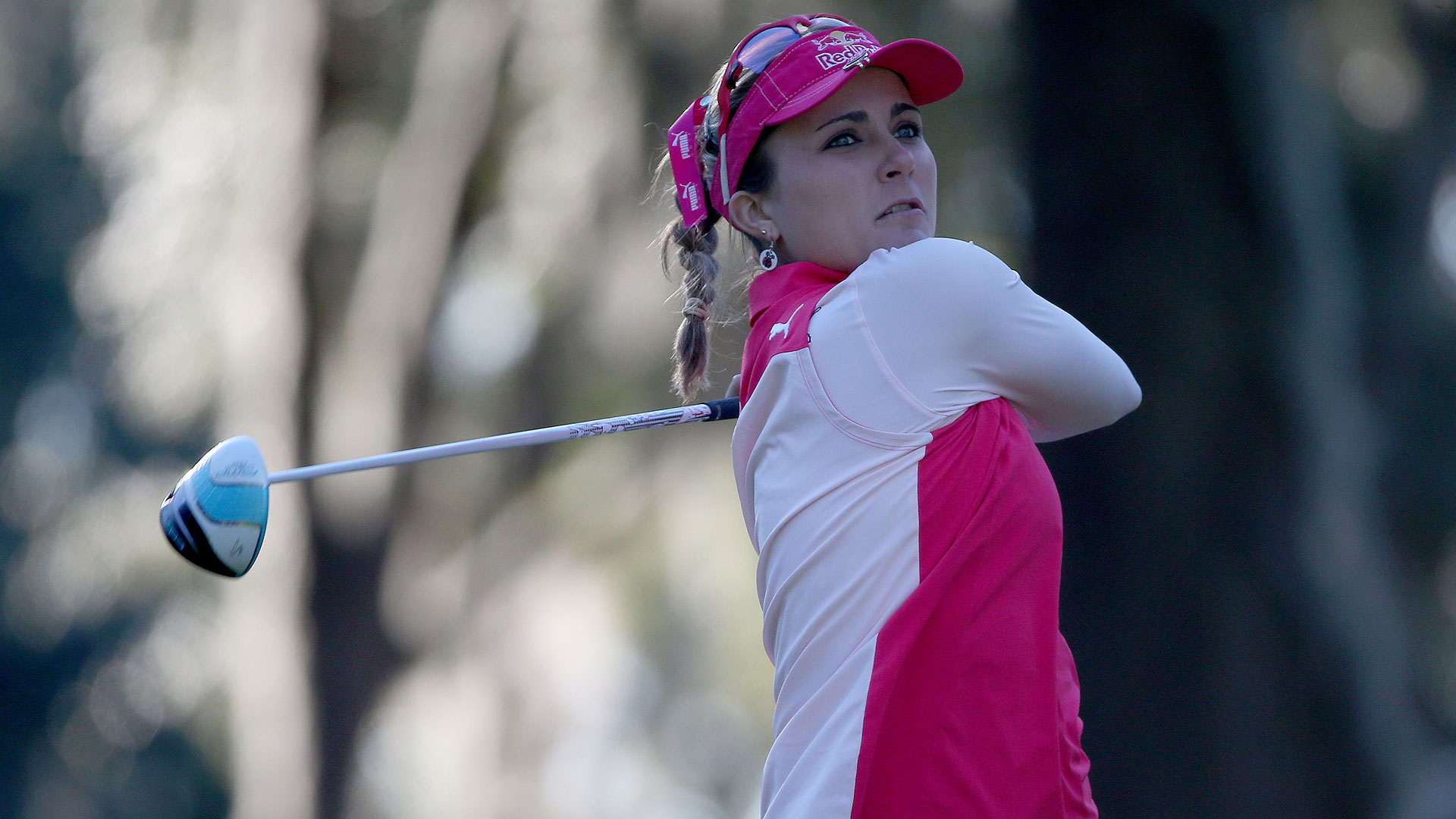 OCALA, Fla. – Lexi Thompson is playing a nice game of bomb and gouge on her way up the leaderboard at the Coates Golf Championship.

With a pair of birdies on the front nine Friday, Thompson moved one shot off the lead in the suspended third round at Golden Ocala. She’s at 6 under through seven holes, trailing only Lydia Ko and Ha Na Jang.

Thompson, 20, is shrinking the course with her power. She leads the field in driving distance for the week, averaging 284 yards per drive. She’s third in hitting greens in regulation. She’s 58th in putts.

Thompson is hoping to get her putter heated up on Saturday but says she’s not unhappy with her stroke.

“I wouldn't say I'm not happy,” Thompson said. “During the six holes I played today, I was a little off with the putting, but I'm overall very pleased with how my ball-striking is. I'm just very focused this week. I want to play very well, and I've been ball-striking very well, just need a few more putts to drop for me, and we'll see.”

Thompson, by the way, is putting with her eyes closed. She’s been doing that since the CME Group Tour Championship last year. She started doing it as a drill last year and like the way it returned the feel to her stroke.