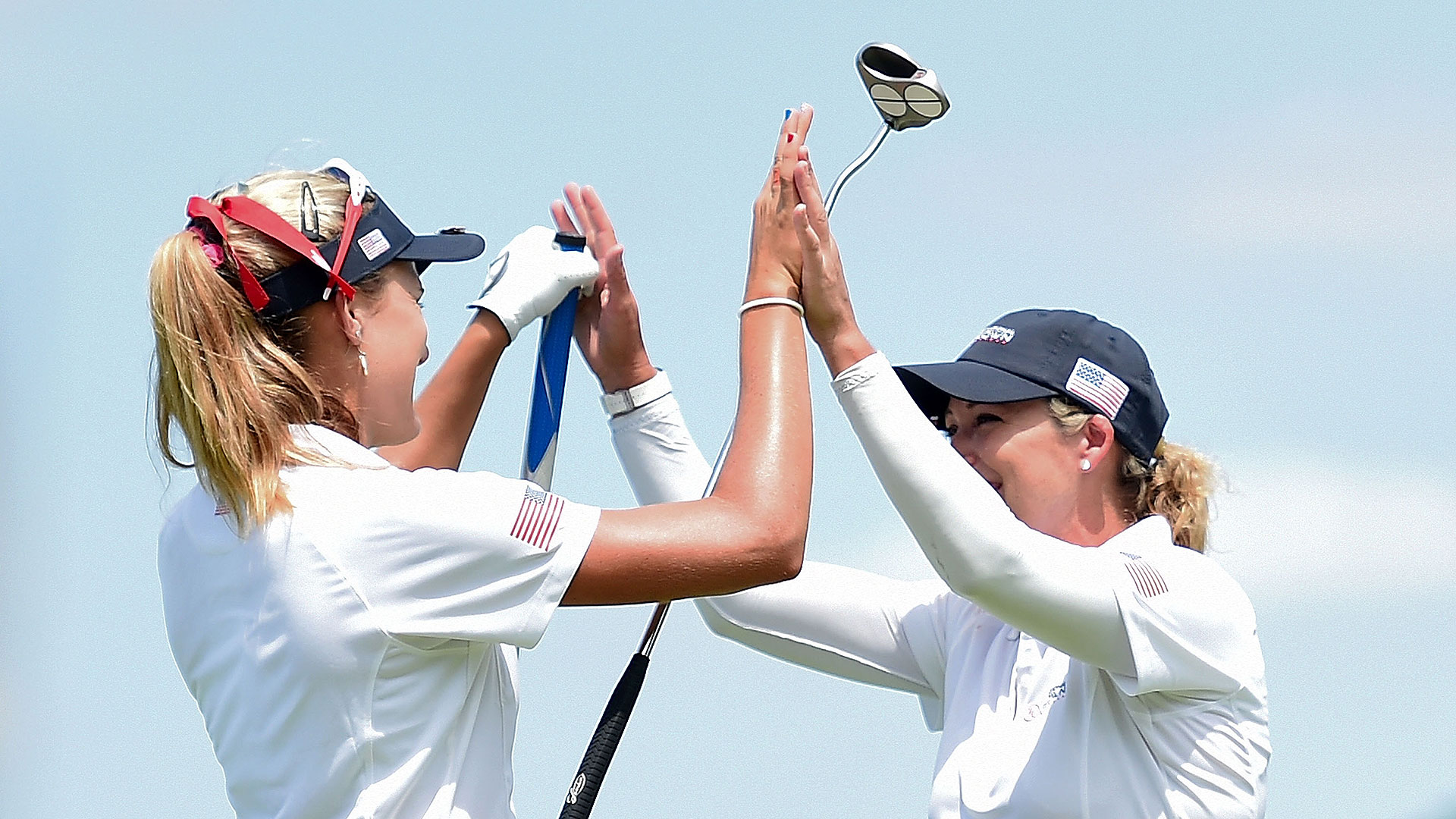 GURNEE, Ill. – The Americans rebounded Friday to get themselves back in contention for a run at the UL International Crown.

Lexi Thompson and Cristie Kerr were the best fourball team of the day,

A day after getting swept by England, the Americans gave themselves a chance to advance out of pool play and make Sunday singles.

“We knew we could not lose today, and we got three out of four points,” Kerr said. “That was really huge.”

The Americans are still last in Pool B, but only two points separate them from England, which leads their pool. A victory is worth two points, a halved match one point.

“I think as a team we’re moving in the right direction,” Lewis said. “We need to play aggressively tomorrow. We've got to get four points, and I think we'll be right where we need to be.”

Thompson and Kerr were on fire. They combined to make 14 birdies, seven apiece.

They birdied 11 of the first 12 holes in the best-ball format.

“It was important to come in today with a positive attitude and come in strong like we did,” Thompson said. “We pulled it off.”

Lewis and Piller built a 2-up lead early in their match, but they had to hold off Thailand in the end to get a point. Phatlum poured in a 40-foot birdie at the 17th to square the match. The Americans missed a pair of lengthy birdie chances to win at the 18th. Lewis’ 25-footer clipped the edge of the hole sliding past.

The Americans will stay with their pairings going to Saturday.