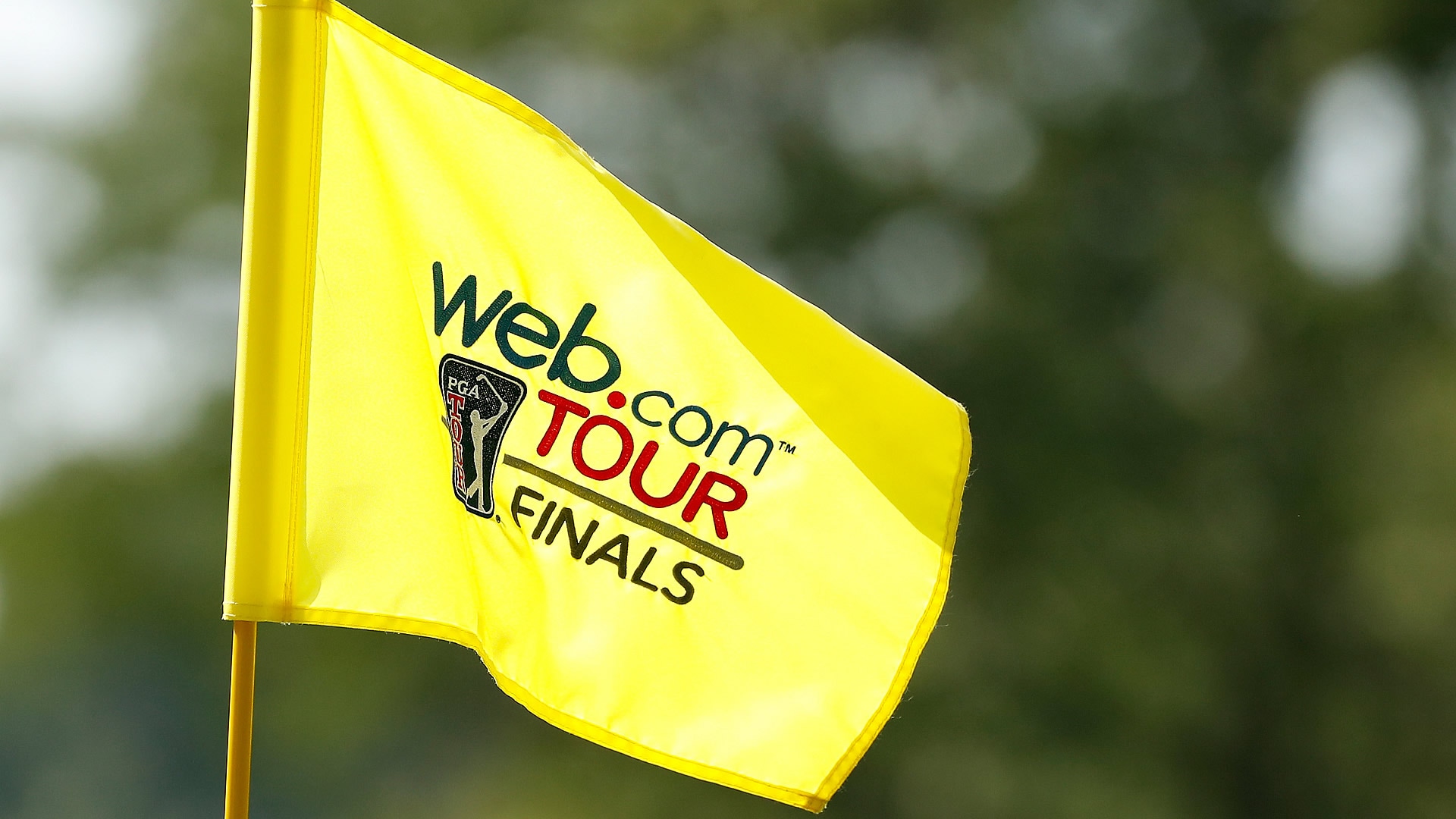 While winds continued to whip the field at the Bahamas Great Exuma Classic, Nicholas Thompson managed to hang on.

Thompson, the older brother of LPGA star Lexi Thompson, shot a 5-under 67 in the second round. At 2-under, he held a one-shot lead over rookie Denny McCarthy when play was again suspended because of darkness.

McCarthy was the only other player in red figures when play was halted, having followed an even-par 72 with a 1-under 71 that included four birdies.

"I spend a lot of time in West Palm Beach, and it's very, very windy there," McCarthy told reporters. "I've had a lot of practice and experience keeping the ball down and out of the wind. I've just done a very good job of keeping the ball in front of me and keeping it under control."

Thompson has spent the last several years bouncing between the PGA Tour and Web.com Tour, and his score tied Kent Bulle (79-67) for the lowest score of the week.

Stiff winds that reached 40 mph in the opening round again buffeted the field Friday, where the opening round concluded with a scoring average of 80.4. When darkness fell again at Sandals Emerald Bay, the projected cut line was 10-over 154. That would tie a Web.com record for highest cut line, but it could still drift even higher before the cut is made.

Tom Lovelady, whose even-par 72 led after the opening round, remained two shots behind Thompson after just three holes of his second round. Other notable players in the mix include former PGA Tour winner Chesson Hadley, who is tied for seventh at 3 over, and former Web.com Tour Player of the Year Michael Putnam, who is T-15 at 5 over.