Thornberry becomes favorite for Player of the Year 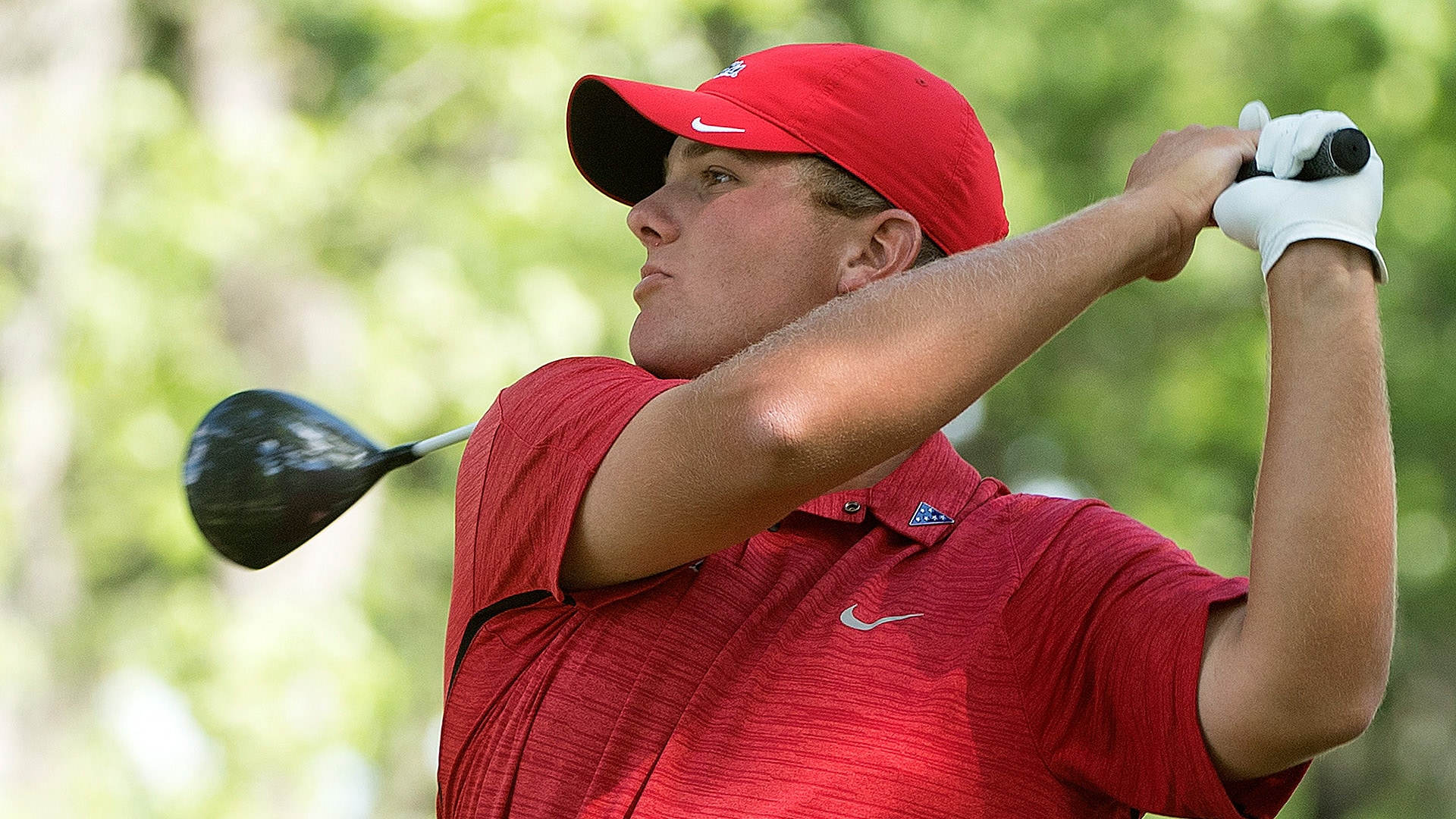 The Ole Miss sophomore capped his remarkable season Monday with a four-shot victory at the NCAA Championship.

The victory, his fifth of the season (and 10th top-5 finish overall), should make Thornberry the favorite to win player-of the-year honors. Voting for the Haskins – determined by college golf players, coaches and media – ends on Wednesday night, following the conclusion of the team championship.

The winner, who receives an exemption into the PGA Tour’s Greenbrier Classic, will be announced June 7.

“It definitely doesn’t hurt,” Thornberry said of his NCAA victory. “Personally I think it’s going to be really close. I think I’m in a good spot. I like my chances.”

Prior to this week, the favorites for the award were LSU’s Sam Burns and Oregon’s Wyndham Clark.

Burns had the edge in victories this season, 4-3, but in their only head-to-head meeting prior to NCAAs, the LSU sophomore defeated Clark by only one shot on his home course. They had nearly identical scoring averages.

That likely won’t matter to voters now, after Thornberry won the NCAAs by four shots, and beat Burns (T-32) and Clark (T-51) by 14 and 19 shots, respectively. For Burns and Clark, those two finishes were their worst of the season by a wide margin – in fact, it was their first time outside the top 15.